It's true, I don't try to hide the fact that I'm absolutely, completely addicted to Jane Austen.

I love her books, it's hard for me at times to wrap my mind around the fact that this amazing author wrote these masterpieces over almost 200 years ago.

It also boggles my mind when I talk to people who have no idea who Jane Austen is, doesn't everyone know who she is? No? Well for shame, they should LOL

So in my quest to reread her most famous books I ended up at the library on Sunday, surrounded by anything related to this brilliant woman, even books who were not written by her but are related to her characters or books. Do you want to see what I got? Oh and if you've read any let me know what you thought.

First and foremost, Jane Austen's Complete Works which include all 6 of her published books: 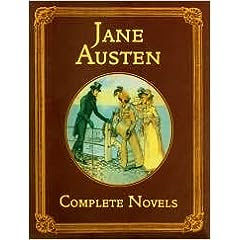 One of the great and ever popular masters of the English novel is represented here by every one of her novels. Includes Sense and Sensibility, Pride and Prejudice, Mansfield Park, Emma, Northanger Abbey, Persuasion, and the lesser-known Lady Susan. 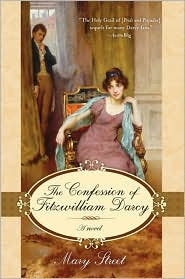 The Confession of Fitzwilliam Darcy

In Fitzwilliam Darcy, Austen created the ultimate romantic hero. Yet Pride and Prejudice reveals little of Darcy's innermost thoughts. Here, Street unveils the true motives and mysteries of Elizabeth Bennet's enigmatic suitor. Through Darcy's eyes we discover the reality of his relationships with his sister Georgiana, his cousin Colonel Fitzwilliam, the dastardly Wickham, his friend Bingley, and his formidable aunt, Lady Catherine. And of course, all his memorable encounters with Elizabeth, from that first view of her fine eyes to his disastrous proposal, and then to a pride and arrogance tempered by an unquenchable love.

The Independence of Miss Mary Bennet

Everyone knows the story of Elizabeth and Jane Bennet in Pride and Prejudice. But what about their sister Mary? At the conclusion of Jane Austen's classic novel, Mary, bookish, awkward, and by all accounts, unmarriageable, is sentenced to a dull, provincial existence in the backwaters of Britain. Now, master storyteller Colleen McCullough rescues Mary from her dreary fate with The Independence of Miss Mary Bennet, a page-turning sequel set twenty years after Austen's novel closes. The story begins as the neglected Bennet sister is released from the stultifying duty of caring for her insufferable mother. 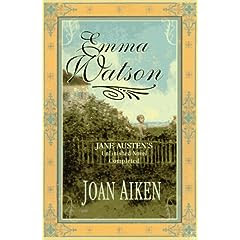 It has always been a source of great frustration to Janeites that Jane Austen abandoned The Watsons after only seventeen and a half thousand words. It is, as Margaret Drabble says, a "tantalising, delightful and highly accomplished fragment, which must surely have proved the equal of her other six novels had she finished it." In Emma Watson, Joan Aiken at long last completes The Watsons. Nineteen-year-old Emma, adopted by her aunt after the death of her mother, has rejoined her ailing father and her favorite sister, Elizabeth. Her stuffy brother Robert is living in Croydon with his grasping wife; her shrewish sister Penelope looks to have made a good match; her brother Sam is trying to make his way as a doctor; and Emma's immediate elder, Margaret, fancies herself in love with Tom Musgrave. Austen characters all, yet Joan Aiken, with consummate skill, makes them her own. 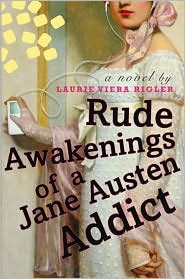 This delightful sequel to Rigler's Confessions of a Jane Austen Addict has 19th-century Jane Mansfield switching bodies and milieus with contemporary L.A. girl Courtney Stone. As Jane grasps the idea that she's a different person in an unimaginable world, and grapples with the radically liberal social mores, dress and language, she leans on Jane Austen's novels as touchstones to reality.

Now do you understand why I seem to be addicted to Jane Austen?

It's quite funny actually, as I do tend to go through these phases, I still vividly remember my King Henry VIII phase where I simply devoured every book, biography, documentary and tv show or movie ever made about this era.

But I've always been a Jane girl, they are the only books that I read over and over again and never get tired, they are also the only movies I will watch more than once.

My husband thinks I'm crazy, see he's the kind of guy who can watch the same movie 5 or 6 or 7 times and still enjoy it and I usually turn my nose at it and tease him about it. After all, everyone knows that Sandra does NOT read or watch anything twice.....except for Jane Austen, I don't think there can ever be enough of Mr Darcy can there?

So now that I've let you in to that little secret, I'm off to go and read, I'm currently enjoying the Rude Awakening of a Jane Austen Addict and it's quite funny so far.

What are you reading right now?
at 7:48 PM
Email ThisBlogThis!Share to TwitterShare to FacebookShare to Pinterest
Filed under: jane austen, library