It's that time again, you know, resolutions..... 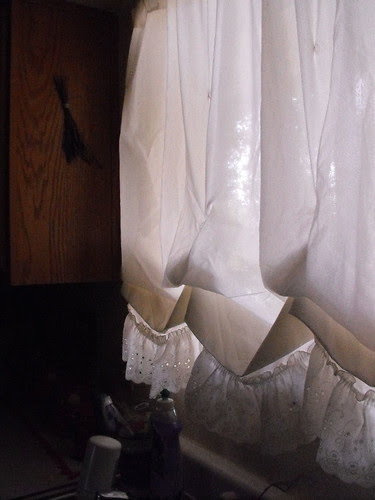 Does that make you cringe like it does me? I mean I have nothing against people who make resolutions for themselves, other than the fact that they always start the list with "well you know resolutions are made to be broken". Then why even bother? LOL

I'm not one of those, matter of fact I'm not into resolutions at.all. I learned pretty quickly that trying to make a list just because it's what everyone else does, is wrong, wrong, wrong, wrong and not for me. You gotta do what fits you and what is right for yourself.

All that to say, I don't make resolutions, I find it a total waste of time and I think that if you set your mind to something and have a goal in mind it should be done at any time of the year, not just when it's about to end.

But one thing I realized today is that I do want to give it all I have when it comes to cutting down on budget and watching what we spend. Ugh, just the thought makes me tremble, it's not easy and I'm sure not that enjoyable either but if I put my mind to it, it's totally doable.

I just won't bore you with that right now, I'll save that for another post tomorrow, oh and speaking about tomorrow being that it's Thursday and usually my Slow Cooking Thursday post, keep an eye out because it's getting an overhaul. I've noticed the slow cooker recipes are starting to slow down and I keep getting emails saying "I'm out of recipes but I really want to continue participating, what can I do?"

Here's what you can do....you can continue to join in every Thursday because my meme is going to change it's name to Cooking Thursday and that includes crockpot and any kind of recipe you wish to share. What do you think?

I don't know how we got on to this from resolutions but just go with the flow *snicker*.

Curt went back to work today and the house feels so empty without him, it's just me and the kids and suddenly it dawned on me that the holidays are over, the idiot that I am, I acted surprised, not like I had just spent the past few days telling everyone that will listen that I'm dying for life to get back to normal. Go figure.

The only thing I want to hold on to, is having everyone home during the day, spending every hour together and yes, I know, that at some point you start butting heads and telling your husband "don't you have to go back to work?"......but when they leave then you miss them and it doesn't help that your cellphone beeps with the sound of a new text message that says "Hi, I miss you all".

Simple and yet so poignant!

But I went about my day with the usual chores, like doing dishes, preparing meals, doing laundry and ironing 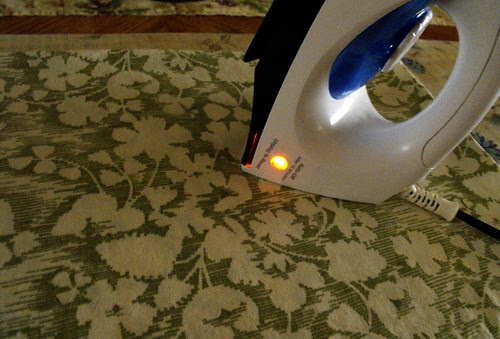 I don't know what it is about that chore that makes me smile until my cheeks hurt, such a mundane thing in the day but I get such pleasure out of it.

And then I sat down finally in front of my laptop and was going through my photos, something I do all the time and I saw this one of a chicken. I can just see you all rolling your eyes or giggling, cause frankly it's not my chicken, I doubt the base commander would allow such pets on this establishment, though I wish he would, but that's neither here nor there LOL 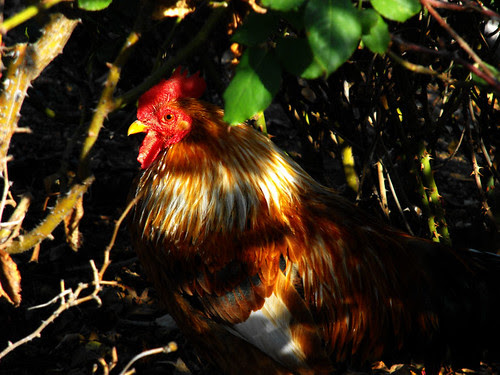 Isn't she beautiful? This chicken or hen or whatever you call them...... I feel like such a ditz at times and embarrassed to admit that I still don't know the difference between each which kinda impedes my plans for wanting to raise such animals one day.......you know, when my husband retires and we live off base in our own house, with a big back yard and feathered animals running around.

That was one of the many chickens/hens/roosters/whatever running around the Sahuaro Ranch we visited this weekend.

Anyway, now that I've shown the world how ignorant I can be about some things *snort* I'll just end this post by sharing our sunset this evening, it's gorgeous and it takes your breath away and it makes you realize that no matter where you live or how much you dislike the area, sights like these can make it all bearable. 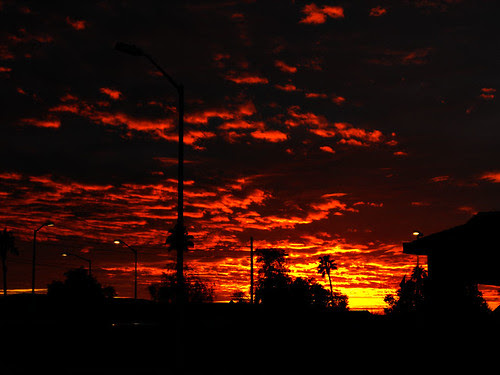 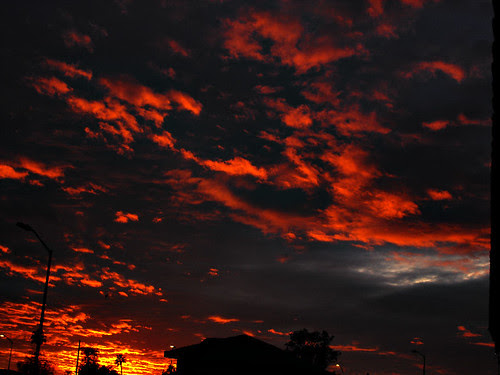 at 7:28 PM
Email ThisBlogThis!Share to TwitterShare to FacebookShare to Pinterest
Filed under: family life