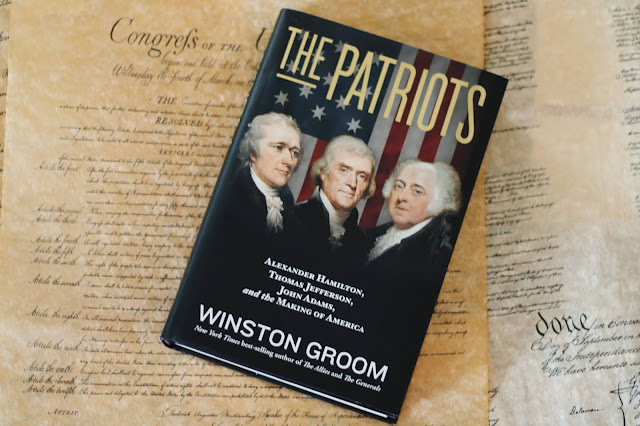 In this masterful narrative, Winston Groom brings his signature storytelling panache to the tale of our nation’s most fascinating founding fathers–Alexander Hamilton, Thomas Jefferson, and John Adams–painting a vivid picture of the improbable events, bold ideas, and extraordinary characters who created the United States of America.

When the Revolutionary War ended in victory, there remained a stupendous problem: establishing a workable democratic government in the vast, newly independent country.

Their lives could not have been more different, and their relationships with each other were often rife with animosity. And yet they led the charge–two of them creating and signing the Declaration of Independence, and the third establishing a national treasury and the earliest delineation of a Republican party. The time in which they lived was fraught with danger, and their achievements were strained by vast antagonisms that recall the intense political polarization of today.

But through it all, they managed to shoulder the heavy mantle of creating the United States of America, putting aside their differences to make a great country. Drawing on extensive correspondence, Groom shares the remarkable story of the beginnings of our great nation.

WINSTON GROOM was born in Washington, D.C., but grew up in Mobile, Alabama, on the Gulf Coast. After a brief period in the Army, Groom returned to Washington, where he worked as a reporter at the Washington Star, covering the political and court beat. He enjoyed a stint in New York City, befriending and socializing with literary legends before returning to Alabama, where he settled down to writing and enjoying life. He is the author of 18 previous books, including Forrest Gump and The Aviators. 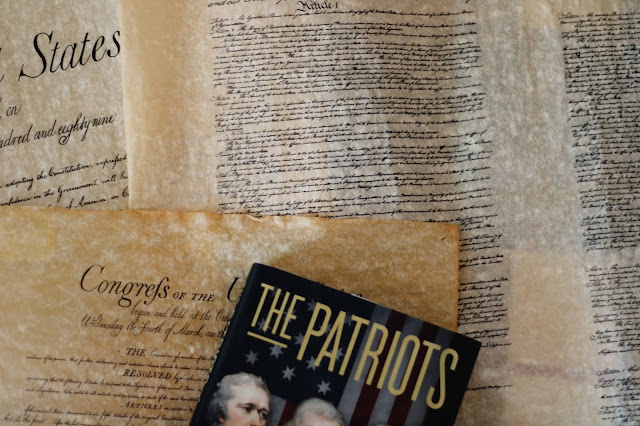 REVIEW:
Jefferson, Hamilton and Adams, 3 of the most important men in the history of the United States of America.
When this book came up for review, I was so excited.
Our country seems to be at a crucial crossroads in it's history, and the Constitution seems to be thrown around by every other person in the government.  Threats to the Constitutional rights, the Constitution this and the Constitution that.
How many actually understand what is in the gritty details of the basis this nation was created upon?
I'll be honest, I know quite a bit only because I'm a history nerd and actually enjoy learning about days gone by, but even I learned so much through this book.
Winston Groom brings us the lives of these 3 men.  Thomas Jefferson, Alexander Hamilton and John Adams.  They led very different lives, had very different ideas and thoughts and let's be honest, they didn't really care much for the other.
But they did have one important task at hand, creating the building blocks for what would become one of the most powerful nations on earth.
Their path was not easy, and they found themselves fighting strong push back, danger, uncertainty and a country at war with itself, needing to be pulled back from the brink and molded into the wonderful place it is today.
Yes, we are now finding ourselves perhaps in a repeat pattern that no doubt takes us back to these earliest days, but maybe the key is in how these three individuals put their differences aside and worked together for the better of the nation.
Winston Groom puts together a beautiful story, giving us insight into what really happened back then, through correspondence he came upon, bringing us right into the middle of the birth of a nation, the difficulties they faced, the ideas they had and how they surpassed everything thrown their way.
Their job was done many many decades ago, but ours continues to this day.  They gave this country the tools to successful and I believe that if those in government pull together and respect each other, America of now will go back to being the America of then.
Brilliant book, a definite 5 stars.  I will be making sure my children read it, understand it, and learn all about the country they were blessed to be born in.
Thank you to TLC Book Tours and National Geographic for providing me with a review copy.
at 9:43 AM
Email ThisBlogThis!Share to TwitterShare to FacebookShare to Pinterest
Filed under: tlc book tours

Good morning everyone, hope you've had a blessed weekend.   Mine was good, but I feel like it went so quickly, and here we are, Monday m...