{ Everybody Fights by Kim and Penn Holderness - TLC Book Tours } 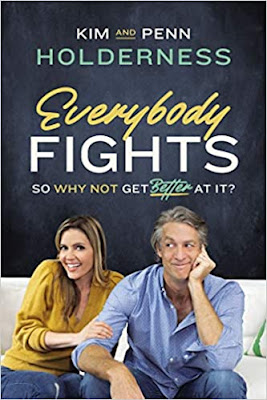 My wife drives me crazy sometimes. My husband should already know what I need. Is our marriage in trouble if we fight all the time? Is it possible to learn how to fight?

For the last several years, Penn and Kim Holderness have done the hard maintenance and the research. With the help of their marriage coach Dr. Christopher Edmonston, they break down their biggest (and in some cases, funniest) fights. How did a question about chicken wings turn into a bra fight (no, not a bar fight; a bra fight)? How did a roll of toilet paper lead to tears, resentment, and a stint in the guest bedroom?

With their trademark sense of humor and complete vulnerability, Penn and Kim share their ten most common Fight Fails and how to combat them. Throughout the book, they offer scripts for how to start, continue, and wrap up hard conversations. Couples will emerge equipped to engage and understand, not do battle—and maybe laugh a little more along the way.

In Everybody Fights, couples will learn how to
· conjure the magic of metacommunication
· break free of secret contracts
· banish the three Ds—distraction, denial, and delay
· carry their own individual baggage while helping each other deal with theirs 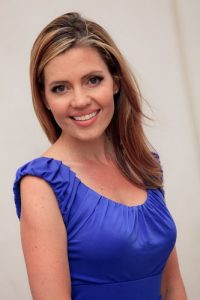 Kim Holderness was born and raised in Sarasota, Florida, and was a competitive dancer (once crowned Miss Dance Florida).  She went to the University of Florida, then began her career in TV journalism. Penn and Kim met in Orlando while working in local news and were married in 2005. In 2013 they left the TV business and launched a digital content company called Greenroom Communications. Part of that launch was a video called “Xmas Jammies” that went viral, and led to appearances on GMA, the Today Show, Fox News Channel, and CNN. (Apparently Xmas Jammies are bipartisan.)  The Holderness Family currently lives in Raleigh with their dog, Sunny. 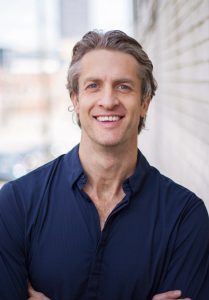 Penn Holderness was born in Durham, North Carolina, to a Presbyterian minister and a public school teacher. He was super into Boy Scouts, show choir, and synthesizers as a kid, so he wasn’t exactly a ladies’ man. He went to the University of Virginia, then started a two-decade career in TV journalism. Penn and Kim met in Orlando while working in local news and were married in 2005. In 2013 they left the TV business and launched a digital content company called Greenroom Communications. Part of that launch was a video called “Xmas Jammies” that went viral and led to appearances on GMA, the Today Show, Fox News Channel, and CNN. (Apparently Xmas Jammies are bipartisan.) The Holderness Family currently lives in Raleigh with their dog, Sunny.

Ok so, if you are married, in a relationship, getting married soon, whatever the case may be, you need to get a copy of this book.
Curt and I have been together for 24 years, and this August will have been married for 23.
We have been tested, multiple times.  We've been through ups, through downs, arguments and fights, misunderstandings.  We've fought about serious things, we've also fought about the dumbest things, which usually result in us bursting into laughter and later on talking about how ridiculous that was.
So why do we fight?  Why do married couples, relationships, go through these moments, and does that immediately mean it is destined to fail?
Kim and Penn takes us through a myriad of situations that teach us how to address these moments, and how better to engage in communication with our partners.
From experience I can tell you that it's very easy to fall into the trap, of saying something just to hurt the other person because they've hurt us first.  I used to be the queen of ignoring though, I would go a day or two without talking to my husband because of something he did or said.  Did that solve anything?
Absolutely not, it actually just made things worst.
I've learned how to approach these fights/arguments, in a different way, and Kim and Penn show in the book, so many other tips and tricks and advice to keep your relationship healthy.  Yes, even while fighting through it.
What wonderful book this was.
Thank you to TLC and Thomas Nelson for providing me with a review copy.
at 8:26 AM
Email ThisBlogThis!Share to TwitterShare to FacebookShare to Pinterest
Filed under: tlc book tours