Christmas Gift Ideas and some other thingies!

It actually feels like winter today, it's cold and cloudy outside, the house is dark save for the christmas tree lights, a couple candles and a few very soft lights around the house and I LOVE it. Now where's my next book to read????

I have to tell you I finished my third book last night, I did the bookaholic thing, got into the book around 9pm and didn't stop until I was done, which happened to be at almost midnight. I am tired today but you know it was well worth it when a book is good.

I finished "By Arrangement" a 14th century book by Madeline Hunter and I loved it.

Outraged by her unwilling betrothal to a common merchant and infatuated with a handsome knight of the royal court, medieval Lady Christiana Fitzwaryn pleads with her fianc? to end this misalliance arranged by King Edward of England. For personal and political reasons of his own, David de Abyndon refuses to renounce the marriage and begins a gentle but resolute seduction of his innocent bride. As Christiana awakens to the painful realities of her first love and becomes a part of David's London world, she learns to cherish the husband she first despised. David tries to shield her from his old enemies and a mysterious French familial connection as he secretly assists King Edward in planning an invasion of France. This first novel in a planned trilogy intertwines the difficulties of David and Christiana's marriage with a subplot that contains both political and personal peril as well as a lively cast of secondary characters. Just enough historical detail of 14th-century England enhances a love story that culminates in the sacking of a French city and the revelation of David's true identity.

The next books to follow this one are "By Possession" and "By Design" which I have and of course am going to read next.

Yesterday I mentioned going to Africa and I think I got some of you confused with the way I worded it, I am NOT going there for Christmas, I'm going next year May. For some reason I made it sound like it was only a month away, maybe wishful thinking???? Who knows!

I can't wait though, I know time will fly by and before long I will be on an airplane heading home to Johannesburg, seeing my wonderful family, going to Kruger National Park and hopefully Mozambique where I was actually born. I think it would be great if Curt and the kids could get to visit my birth country. 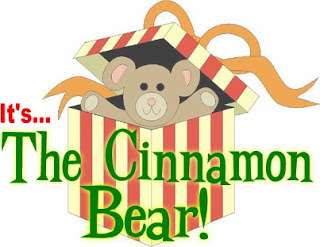 I also mentioned The Cinnamon Bear and gave you a link, well this morning I had a comment from The Erskine Family mentioning that I should direct you to The Cinnamon Bear main page so that you can get ALL 26 episodes, not just the first 6 audio files. YIPPEE! I'm already there and can't wait to start playing these for my kids....we've decided to start on December 1st and listen to one at a time every day through the 26th. I just hope I can keep the kids away from the rest of the story!

Now for some Christmas ideas, I'm trying really hard not to overspend this holiday. With the upcoming trip to Africa we need to save almost $6000 just for the air tickets themselves, so no wasting money on unnecessary stuff. Christmas is one of those holidays where I feel that everyone tends to go way overboard and personally I prefer homemade gifts, so I'm trying to cut down on expenses.

I've been searching around for some ideas and here's some I found:

Now if you're also looking for some great sites with wonderful inexpensive items, you may want to take a look at these, I just get lost there especially with so many cute victorian and such items.

Collectionsect.com
Lakeside Collection
Harriet Carter
Klutz - This one has some great toys and gifts for kids that are inexpensive and just adorable

And those are just a few to look through, I have to say that the Collections ETC is my favorite one though :)

Again, if you're looking for my Slow Cooking Thursday post, it's just below. Have a wonderful thursday everyone, I'll be back tomorrow!
at 11:54 AM
Email ThisBlogThis!Share to TwitterShare to FacebookShare to Pinterest