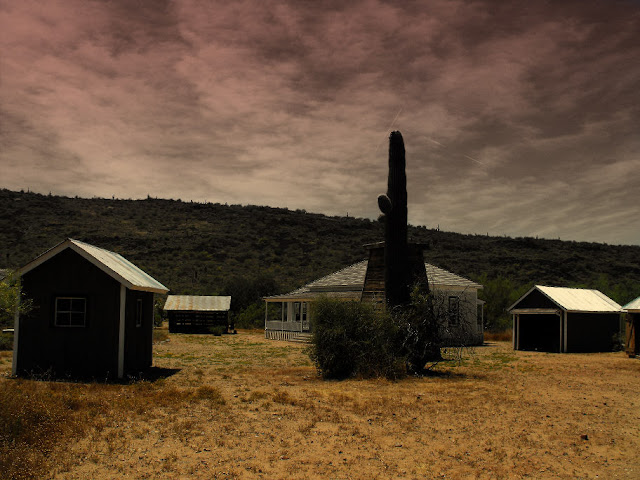 Have you ever stopped to think about how easy we have it nowadays?

I mean, really sit down and think about how simple things are for us compared to pioneer days?

I used to hate housework, I can tell you that growing up it was one of the things that I most disliked and I often used to watch the women in my family go about their days, cleaning this, cooking that, washing the dishes only to turn around an hour later and restart the same ritual.

It made me turn my nose, it made me hope and wish that I would marry a very rich handsome man who would set me up in a huge mansion with all these servants to cater to my every whim.  I didn't want to have to lift a finger.

Then I met the man of my dreams, fell in love and realized that none of that was going to happen.

But it did in a way, see I got the handsome man very rich in love and he set me up in a modest home filled with LOVE and everything I could ever want.  No I didn't get the servants but that was just a dream conjured up in my young mind. 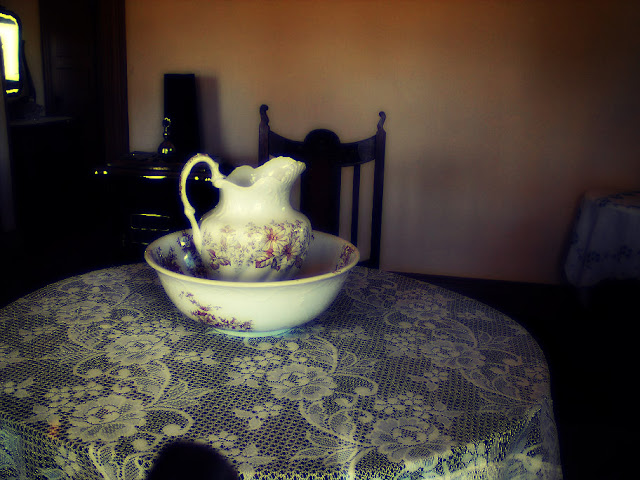 I was popping dishes into the dishwasher this morning and thinking about how long and what steps were involved in this simple chore if I were a woman back in late 1700's early 1800's.

I just have to rinse them and put them in the machine, but back in the day they had to boil water in a cauldron over a hot fire which in itself was a dangerous chore. 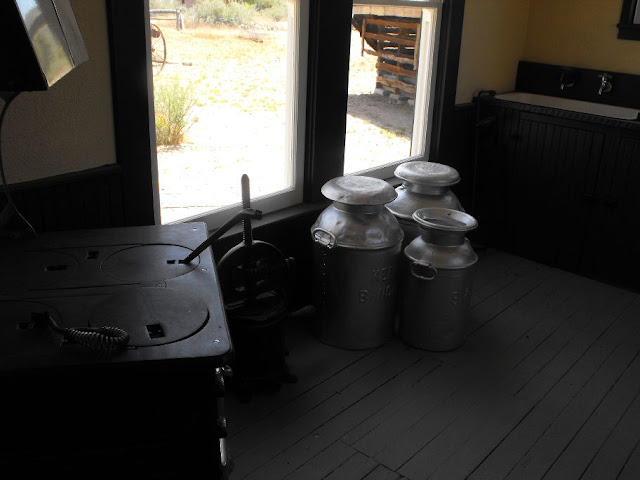 When I need milk, I open my refrigerator door and pull out the bottle, pour into a glass and go about my day.

It wasn't as easy for them, they needed to milk the cows and guess what? In those days the cows weren't tethered so if they didn't want to cooperate you were out of luck.

I often find myself complaining about how long the housework takes and how it's so repetitive, but I have to remind myself that I have so many things working in my favor, all the machines we have laying around to make the chores easier. 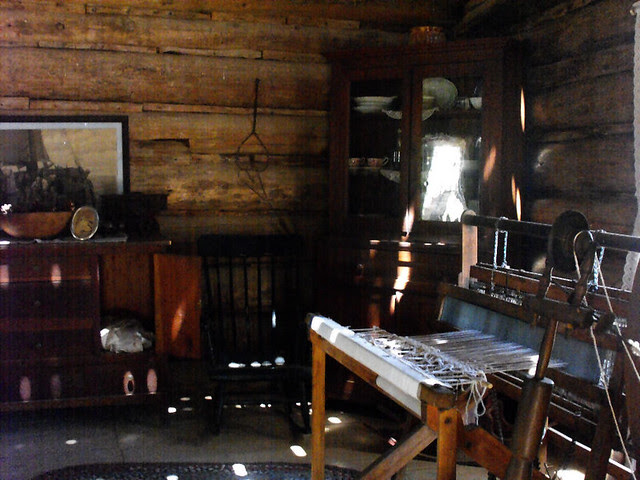 In the early 1800's, a housewife probably only sat down to nurse the baby or get some weaving or sewing done for a few minutes at night, after everyone was asleep. 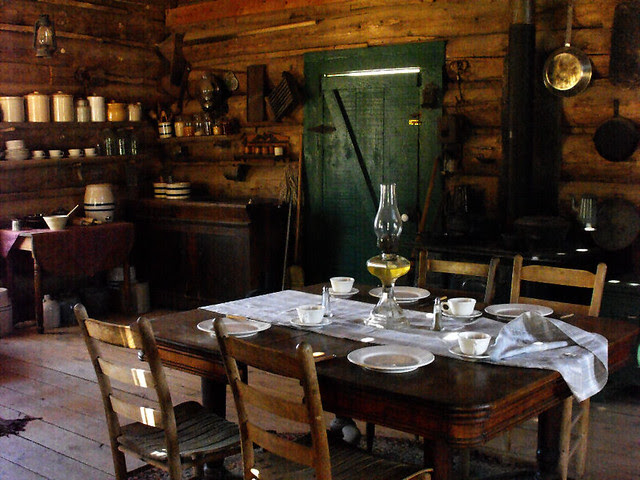 Just like us today, there was always dusting, sweeping, and mopping to be done, but they also had tasks that were usually done on specific days of the week, such as laundry, ironing, and baking.

I can just go to the grocery store for food, but shopping in those days was often done by the men, though there were also merchants who went door to door selling things such as milk and fish.  They also didn't have the privilege of buying groceries for a week or two week's, there was no refrigeration so they had to buy what they could use in 24 hours.

Then we come to the bathroom issues....how many times have you complained about having to scrub your toilet? Come on now don't be shy, I do it ALL the time and I am better at it now than I used to be, I try not to complain as much because honestly, all I have to do is remember how cleaner and simpler it is for me. There were no such things as indoor plumbing, you either used a chamber pot (which had to be emptied daily, gross  or outhouses which were cold in winter and hot in summer, and undeniably smelly all year round.

I can't even handle the porta potties they have at fairs and festivals. 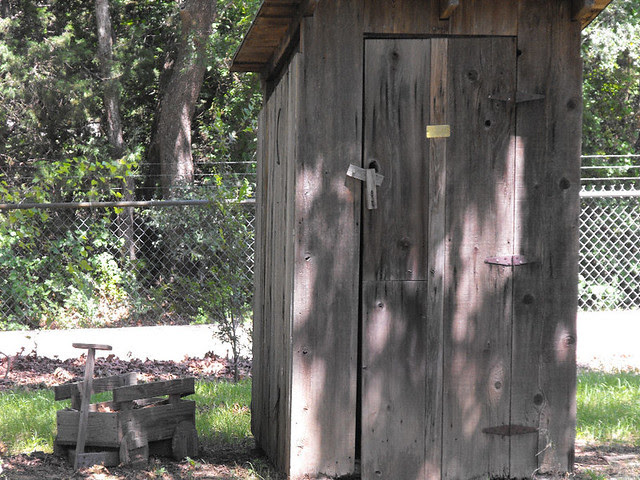 I don't expect everyone or anyone for that matter to enjoy housework, but personally for me I've learned to appreciate all the gadgets and machinery I have that help me get through the housework faster, it allows me get at least an hour of free time to sit down and crochet or read or get on the internet. 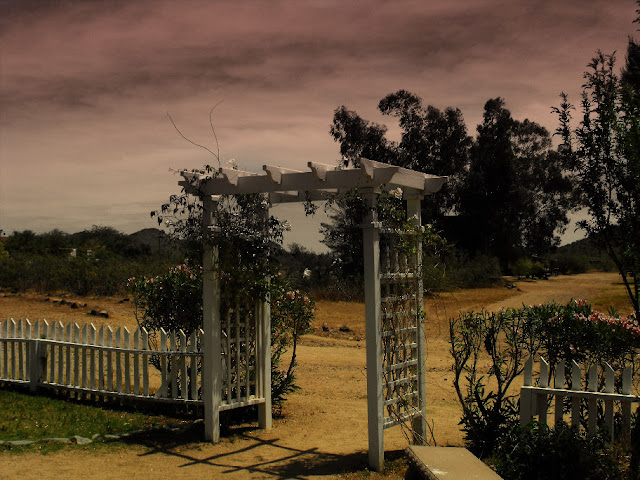 You would think that with all these things I would be thrilled, and don't get me wrong, I am in a way, especially on those days where I'm sick or tired or not all that thrilled for housework, I have it way easy compared to the women in those days.

It was a hard life, no doubt about it.

But, I would have loved to have lived in those times, housework may have been harder but times were simple, in a way a good deal less complicated, bonds were formed, neighbors depended on each other and knew they could count on them for help or anything they needed.

Yes we've gained a lot along the way but is it really worth the price of what we've lost??? 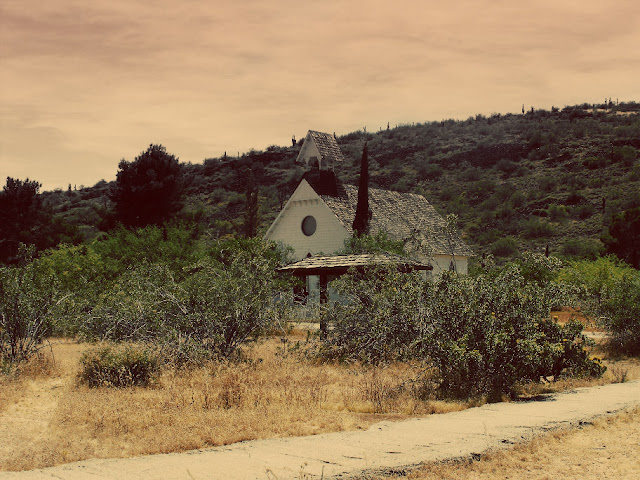 at 1:12 PM
Email ThisBlogThis!Share to TwitterShare to FacebookShare to Pinterest
Filed under: housework