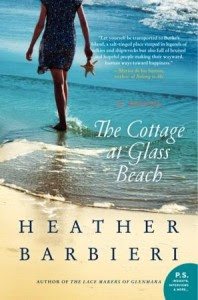 
Married to the youngest attorney general in Massachusetts state history, Nora Cunningham is a picture-perfect political wife and a doting mother. But her carefully constructed life falls to pieces when she, along with the rest of the world, learns of the infidelity of her husband, Malcolm.

Humiliated and hounded by the press, Nora packs up her daughters--Annie, seven; and Ella, twelve--and takes refuge on Burke's Island, a craggy spit of land off the coast of Maine. Settled by Irish immigrants, the island is a place where superstition and magic are carried on the ocean winds, and wishes and dreams wash ashore with the changing tides.

Nora spent her first five years on the island but has not been back to the remote community for decades--not since that long ago summer when her mother disappeared at sea. One night while sitting alone on Glass Beach below the cottage where she spent her childhood, Nora succumbs to grief, her tears flowing into the ocean. Days later she finds an enigmatic fisherman named Owen Kavanagh shipwrecked on the rocks nearby. Is he, as her aunt's friend Polly suggests, a selkie--a mythical being of island legend--summoned by her heartbreak, or simply someone who, like Nora, is trying to find his way in the wake of his own personal struggles?

Just as she begins to regain her balance, her daughters embark on a reckless odyssey of their own--a journey that will force Nora to find the courage to chart her own course and finally face the truth about her marriage, her mother, and her long -buried past. 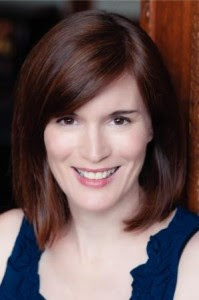 The author of two previous novels, The Lace Makers of Glenmara, and Snow in July, Heather Barbieri has won international prizes for her short fiction. She lives in Seattle with her family.
Visit Heather at her website and connect with her on Facebook.

Summer time, getaways, lazy afternoons on the beach with a good book.....and this one is perfect for that.

This was such a good story for me.  Unfortunately I didn't get to enjoy it while laying on a beach towel with my feet buried in the hot sand....but it did make me wish I was there.

Now.....I don't even quite know where to begin, I guess we could say that as the story takes off and we are learning about Malcom's infidelity, I start immensely disliking him, and I can tell you that I never stopped, he just irked me from beginning to end.

But this story is not just about heartache, it is a little of everything, romance and pain and adventure with a little mythical goodness thrown in.

Nora is heartbroken by her husband's infidelity, so she packs up her two daughters and heads back to her old hometown of Burke's Island, Maine....this beautiful small town.

As she learns to deal with the aftermath of her failed marriage and the pain her husband inflicted on her, she meets a mysterious man, deals with her daughter's own adventures and delves into her own past.

The kids are, well kids, but I must say that there were times I wanted Nora to step in, put her foot down and remind them who's boss.  It almost felt like she was being completely walked on by her 12 year old, quite frustrating.

All in all, I enjoyed the story, it had a bit of this and a bit of that and it just worked, honestly it's a great book to take along on a vacation.


at 8:09 PM
Email ThisBlogThis!Share to TwitterShare to FacebookShare to Pinterest
Filed under: tlc book tours