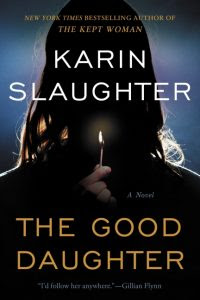 About The Good Daughter

The stunning new novel from the international #1 bestselling author — a searing, spellbinding blend of cold-case thriller and psychological suspense.

Two girls are forced into the woods at gunpoint. One runs for her life. One is left behind…

Twenty-eight years ago, Charlotte and Samantha Quinn's happy small-town family life was torn apart by a terrifying attack on their family home. It left their mother dead. It left their father — Pikeville's notorious defense attorney — devastated. And it left the family fractured beyond repair, consumed by secrets from that terrible night.

Twenty-eight years later, and Charlie has followed in her father's footsteps to become a lawyer herself — the ideal good daughter. But when violence comes to Pikeville again — and a shocking tragedy leaves the whole town traumatized — Charlie is plunged into a nightmare. Not only is she the first witness on the scene, but it's a case that unleashes the terrible memories she's spent so long trying to suppress. Because the shocking truth about the crime that destroyed her family nearly thirty years ago won't stay buried forever…

Packed with twists and turns, brimming with emotion and heart, The Good Daughter is fiction at its most thrilling. 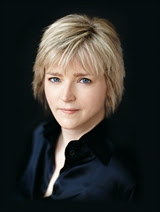 Karin Slaughter is one of the world’s most popular and acclaimed storytellers. Published in 36 languages, with more than 35 million copies sold across the globe, her sixteen novels include the Grant County and Will Trent books, as well as the Edgar-nominated Cop Town and the instant New York Times bestselling novel Pretty Girls. A native of Georgia, Karin currently lives in Atlanta. Her Will Trent series, Grant County series, and standalone novel Cop Town are all in development for film and television.

Wow what a book, what a story, what an edge of your seat novel this was.

If you love crime, psychological, intense thrillers, then this is the book for you.  This was my first Karen Slaughter book and it won't be the last, I can tell you that for sure.

The story opens with two girls, sisters who have been through a horrible tragedy of losing their family home, and all of their belongings.  Their father is a rough tough lawyer who dabbles in cases of high importance and those sure to ruffle feathers and anger the crowds.

In retaliation for one of these such cases, their family home is set ablaze and the family is left with nothing but the clothes on their backs.

As they try to restart their lives and get back on their feet, they are once again hit with tragedy, this time in the form of two masked men who storm into their house when it's just the girls and their mother at home.  What follows is one of the most horrific crimes you could imagine culminating in the two girls being led into the woods and one of the girls running for her life, while the other is buried alive.

It's dark, it's full of twists and turns, and vivid descriptions of crime scenes and horrible memories told from two different perspectives.  If you're easily upset  or affected by vivid descriptions, you may not want to read it, but I implore you to look past that and give it a go.

at 1:51 PM
Email ThisBlogThis!Share to TwitterShare to FacebookShare to Pinterest
Filed under: tlc book tours