Well, well.  It has been a hot minute since I've updated our Period Drama lists, or talked about some really good upcoming new series and movies.
But, there are some very good ones coming in 2022, and some that just recently started, that I need to share with all my fellow period drama lovers.
If I miss one, or you know of a specific one that I didn't mention, be sure to leave it down below so we'll add it to the list.
Now, are you ready?  Better grab that notebook and pencil and take some notes because some of these, you are not going to want to miss. 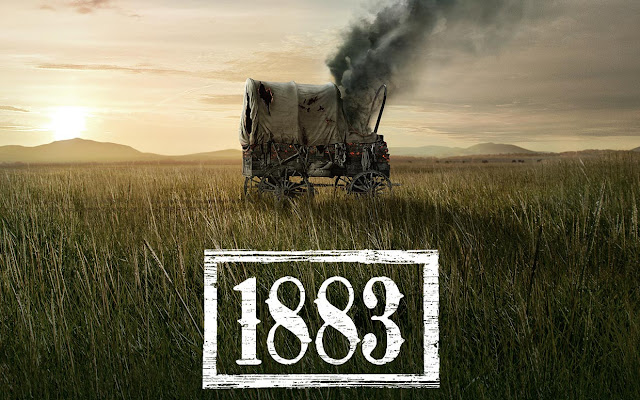 1883
1883, is the prequel to the popular series Yellowstone, and my oh my, it has already captivated me within the very first episode.  I haven't yet watched Yellowstone but some of my family have, and they love it, so I think I'll give it a try.  But, if you're looking for a really good Period series, 1883 may just be it.
Where to watch:  First episode is free on Amazon Prime and the subsequent episodes will be on Paramount Plus. 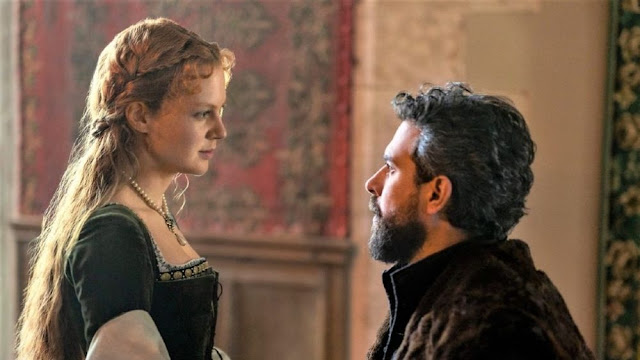 Becoming Elizabeth
“Long before she ascended the throne, young Elizabeth Tudor was an orphaned teenager who became embroiled in the political and sexual politics of the English court. With no clear heir, the death of King Henry the VIII sets into motion a dangerous scramble for power.

“His surviving children find themselves pawns in a game between the great families of England and the powers of Europe who vie for control of the country.

“The series will depict Elizabeth’s struggles to control her own destiny and take real power as the men around her attempt to claim her sovereignty.”

Don't have to tell me twice to watch anything Tudor related.  I think I've exhausted every book, movie or series, so to see a new one coming up, is quite exciting.
Where to watch:  The series will premiere on Starz in early 2022 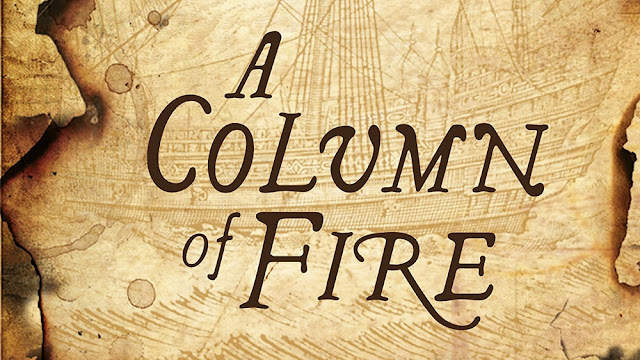 A Column of Fire
Here's another I'm quite looking forward to.  A Column of Fire is the third book from Ken Follett's  Kingbridge series.  If you remember, A World without End and Pillars of the Earth, then you'll no doubt enjoy this new series.
Where to watch:  The series were slated to premiere in 2021 on Epix, but so far haven't yet.  Will keep you updated of it's release date. 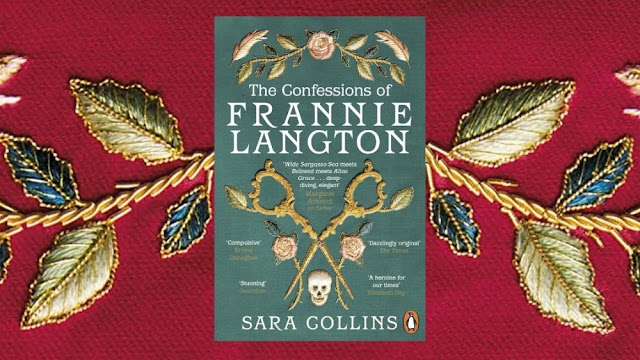 The Confessions of Frannie Langton
Set against the opulence of Georgian London, the four-part drama narrates Frannie's journey from a Jamaican plantation to the grand Mayfair mansion of celebrated scientist George Benham and his wife, Madame Marguerite Benham. Frannie is employed by the Benhams as a maid in the household much to her distress.
This one sounds quite interesting as well, doesn't it?
Where to watch:  It will be on ITV (UK), but a set date hasn't been released yet. 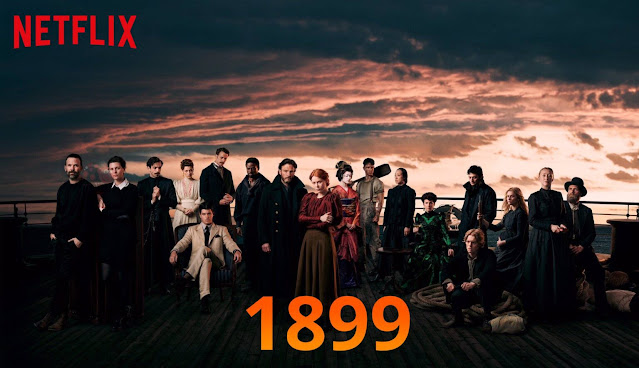 1899
Here's a good one coming up on Netflix, beginning of 2022.  It is called 1899 and it's a bilingual German/English series, that follows a group of immigrants coming from Europe to New York aboard a ship.
Where to watch:  Netflix in 2022, exact date hasn't been released yet 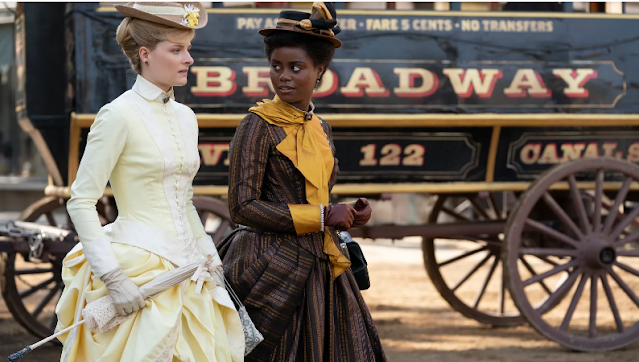 The Gilded Age
Ohhhhhh, ok, so if you're a fan of Julian Fellowes, you know, Downtown Abbey?  Well, he has a new series premiering in  January on HBO, called Guilded Age.

Set in New York at the close of the 19th century, the nine-part drama series finds its heroine in Marian Brook, played by Louisa Jacobson in her acting debut. When her father passes away, Marian must relocate from the Pennsylvania countryside to New York, with her moneyed aunts, Agnes van Rhijn (Christine Baranski) and Ada Brook (Cynthia Nixon), taking her in as a companion. 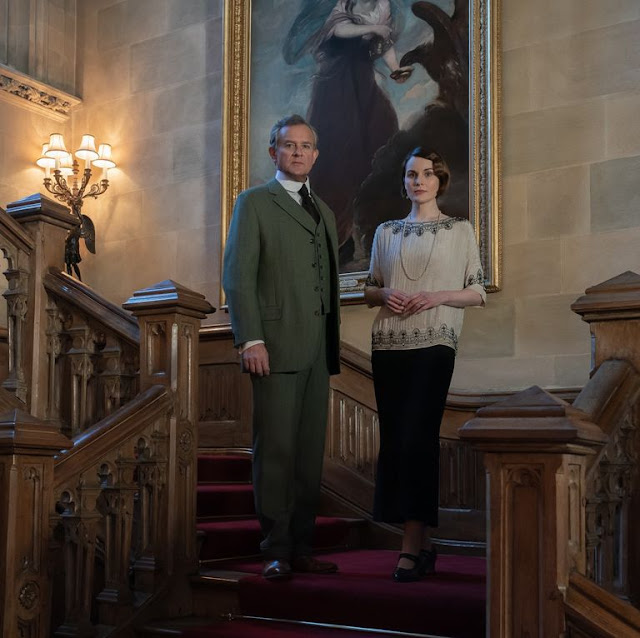 Downton Abbey:  A New Era
You guys......Downton Abbey, need I say more?
We are being given a new movie, with the entire cast from the popular series.  Don't know much more about it, since they're wanting to keep the plot top secret.  But whatever it is, I can not wait to watch.
Where to watch:  Premiering in cinemas March 18, 2022

Lord of the Rings TV Series
Lord of the Rings is getting a TV series, on Amazon Prime.  It is not set to release until September of 2022, but I think it's safe to say that we will all be looking very much forward to this release.
The series is going to be a prequel to the LOTR trilogy, and will focus on unexplored stories.  There's not much else about it out yet, but as always, I'll keep you updated if that changes.
A Second season has already been commissioned and will be record in the UK.
Where to watch:  Amazon Prime September 2022 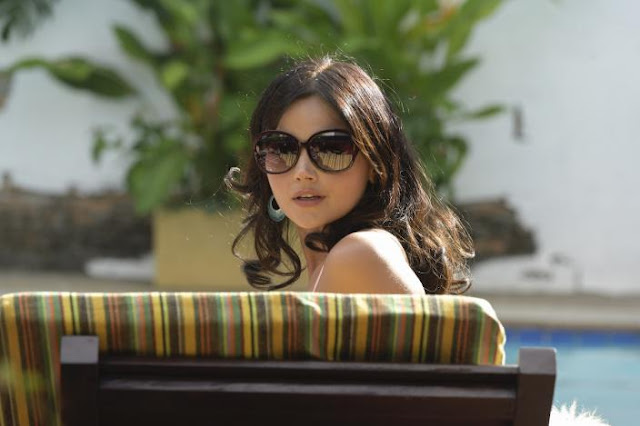 The War Rooms
“The series will follow Bright and her colleagues as events and challenges unfold – creating a sense of the emotions they experience in those moments.  Each season will cover 12-18 months of the war – from the shock of the war’s outbreak to sustaining the fight to the final push for victory and the battle to shape the modern Britain we know.”
It is a WWII series with Jenna Coleman playing Joan Bright.
Where to watch:  Expected to premiere in 2022 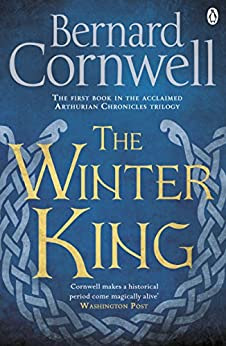 The Winter King
Another book to TV adaptation, this time from Bernard Cornwell's Warlord Chronicles.  The first one called Winter King is being made into a TV series.

It takes a remarkable writer to make an old story as fresh and compelling as the first time we heard it. With The Winter King, the first volume of his magnificent Warlord Chronicles, Bernard Cornwell finally turns to the story he was born to write: the mythic saga of King Arthur.

I hope you've gotten some good ideas on new period dramas to watch.  There are so many more, but if I put them all on this post, we will both be sitting here until the end of 2022.
I will come back and do more posts like these, add more, talk about current favorites and so on.
at 10:51 AM
Email ThisBlogThis!Share to TwitterShare to FacebookShare to Pinterest
Filed under: period dramas