One of the perks of being a Crew Chief!!!!

Well Curt got to do something yesterday that a lot of people (including me) only dream of. He was taken up on an F-16 for a ride. He came home and the smile on his face was just unbelievable, he said it was BY FAR the best thing he has ever done in his life and something he will never forget.

Of course he also said he will never do it again because he threw up twice LOL
He said he thought he was going to die during the flight, he's never felt so sick and so out of it as he did. Apparently they pulled 4 G's and did all these turns and max climbs etc. I'm so jealous but I doubt I would ever have the nerve to go on one of these myself.

So here are the pictures and there's quite a few so you may want to grab some coffee and get settled in. 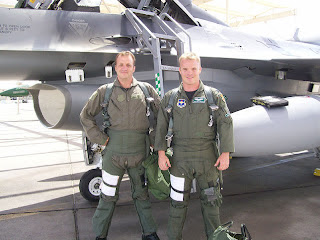 Curt and the Pilot before the flight. 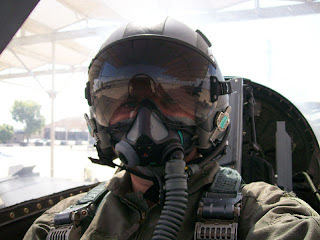 Curtis all decked out and ready to go..........he looks like a pilot himself LOL 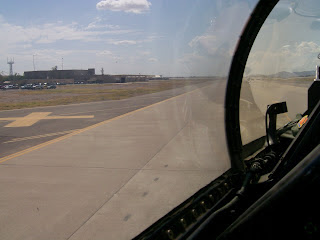 On the runway before taking off 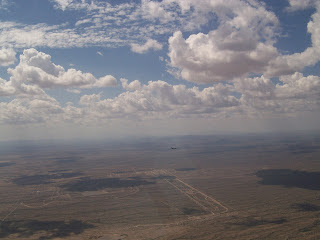 Pic taken from the Jet....isn't that beautiful??? See the other jet in the distance, that was also taking another guy on a ride. 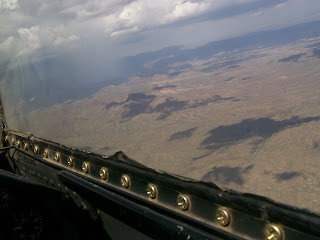 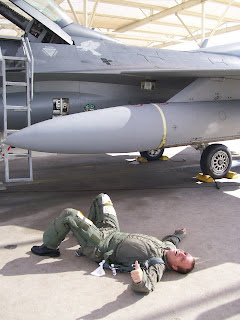 Anything to do with eyes freaks me out for some reason.

Yesterday for dinner I made spaghetti but I tried a new recipe in the slow cooker for Meat Sauce. It was a huge hit and everyone enjoyed it and the scent it left in the house all day long was just heavenly. I've posted the recipe for you at my food blog.

I wish I could stay longer but I have to get ready for my appointment. Wish me luck, hopefully I won't be seeing all weird for too long afterwards LOL

God Bless,
at 9:48 AM
Email ThisBlogThis!Share to TwitterShare to FacebookShare to Pinterest
Filed under: cooking, military life