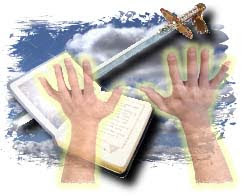 You ever go through those periods in your life when you KNOW for certain that you're being tested???? Like everything is being thrown your way and now the ball is in your court, only it's not a little golf ball, it's an avalanche sized one???

God Said; "I Am a Spirit, as you are. You are living in a fleshly body, but You are Fighting a Spiritual Battle."

I seriously feel that I'm being tested lately. I haven't hid the fact that I don't like the base and the area and that I'm having a hard time getting accustomed. See, when you're in a four seasons state, used to the clean fresh crisp air and then suddenly you're in a state that would put the hottest oven to shame, it's a BIG difference.
The air is dry, it's hot, everything is different and I have problems breathing here, it's like I try to breathe in and my lungs just don't expand at all..........then the eyes thing etc.

I feel that suddenly I'm being pushed to the limit and being thrown into the fire, so to speak, and being watched to see how I react. I could and at times I want to just be a wimp and go to a corner of my house and cry and cry and demand that I be taken out of this situation. But really, what kind of a Christian would I be if everytime the going got tough, I wimpered in a corner??? Not the best kind of example for other Christians and I don't think anyone would want me in their team if we were in battle. "Oh look here comes the wimpy one, great, we might as well just pack up and go home". I refuse to be THAT WIMP.

So I'm fighting back and I'm more determined than ever that whatever comes my way I will completely knock it out of the ballpark. I won't sit by and let things overwhelm me, way I see it the Lord went through much worse things than I did so this is all cake compared to him.

I'm here to stay and I'm here to continue fighting this spiritual battle and I'm determined to win, come hell or high water. So just letting you all know, because you know, I think you should be aware in case you see me freaking out over something or wondering what I'm doing wearing all this body armor. LOL

I'm coming by to say hi this morning, I tried yesterday but didn't get very far. Why do I have to love so many blogs? Couldn't I just be happy enjoying 4 or 5 and moving on??? Why do you all have to be so entertaining and dog gone cute??? I blame it all on you guys....if you were boring maybe I wouldn't want to keep up to date LOL

Anyway, I need to head to the library this morning to return some movies and some books, but right now I'm in the middle of trying to make an appointment with my PCM (Primary Care Manager) so that I can get a cholesterol and a diabetes test done. Not that I think I have it, but it runs in the family as you know and I need to be aware of it......again, not going to cower away in a corner and hope it somehow skips over me in the family, rather know about it and deal with it.

I don't have much planned for today, just sweeping and mopping, oh the joy. Wouldn't it be fair if all women were entitled to at least, and I use that term loosely, at LEAST an hour of free cleaning every week??? I'm just saying, you know, throwing that out there. We deserve it don't we???

Better not hold my breath on that one LOL

I do try to keep the house clean and I've found it so much easier if I do it everyday instead of leaving it all until the weekend......by then it's just accumulated into a huge mess.

I decided to post the before pics of what my house looks like right now, it's not that bad but it gives me incentive to get it all done quickly, guess it holds me accountable for getting it clean and tidy. 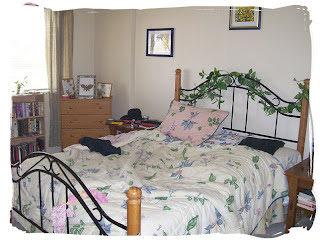 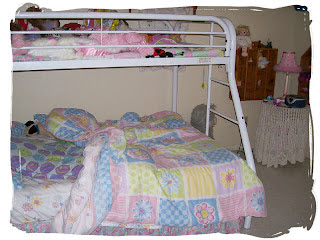 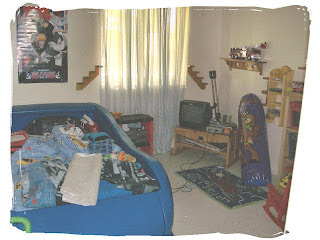 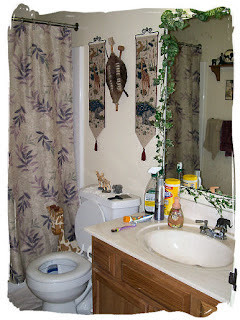 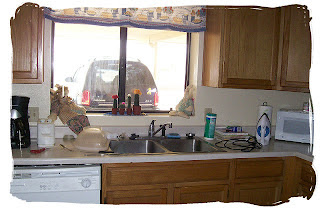 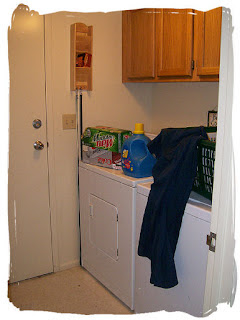 So there you go, that's what I have to work on today, it's really not that much is it??? And no, I'm not embarassed to share the pics LOL

This weekend I finished one of Julia Quinn's books called "Dancing at Midnight", I really enjoyed it, I'm a big fan of Historical Romance and Ms Quinn is just brilliant. I'm now reading her other one "When he was Wicked" and I'm already into it even though I've got but a few pages into the book. While out at Target I also picked up one of her books on sale "The Secret Diaries of Miss Miranda Cheever".

For dinner tonight we're having Arroz con Pollo, it's a new recipe so I'm eager to try it out.

Just for Laughs - *NEW*
Biggest Loser: Did They Keep the Weight Off? - *NEW*

Sweeping and Mopping
Tidying the house
Return movies and books to library
at 10:32 AM
Email ThisBlogThis!Share to TwitterShare to FacebookShare to Pinterest
Filed under: christian