The beginning of my Summer Reading! 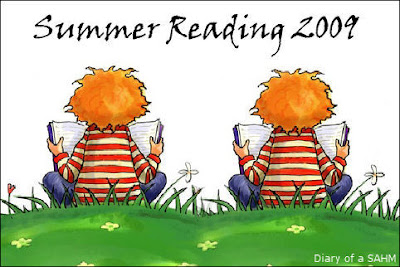 It's no lie that I love books, paperback or hardcover, big and small, leatherbound or not, new and old.

So while I was out running errands today, I ran across a new little shop that is opening up at our local BX, it is still in it's beginning stages, with little shelves, a small white desk in the corner and tubs full of books. Used books, the kind of books that I just love getting.

I think it's because I look at it as giving them a new home and then I wonder too just who the previous owners were, where did they live, what did they do, did they enjoy the book while sipping a hot cup of tea or coffee or were they snuggled in bed under the covers.

I browsed for a little while and walked away with 6 books, my first six on my Summer Reading list and I'm so thrilled.

Now I know there are all sorts of Reading Meme's out there, and as great as they are, they are not for me, I always feel overwhelmed and like I'm on a schedule to make sure I get them all read so I can review them on the blog. So I thought it would be easier to just embark on my very own Summer Reading program, where if I read the book great and if for some reason I don't get to them, that's fine too.

So what do you say? Do you want a peek at my first books on the list? 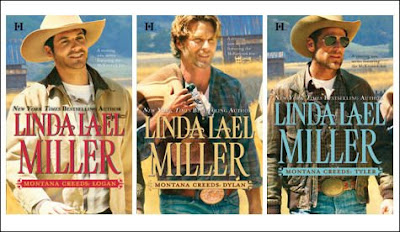 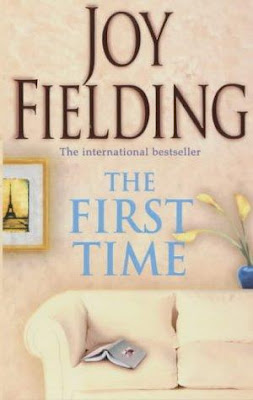 The First Time by Joy Fielding

Mattie Hart has spent the past 16 years destroying the evidence of an unfaithful husband: she has brushed aside countless scraps of scribbled phone numbers, thrown away hotel receipts she finds in her husband's coat pockets, and ripped up love notes. Finally, with the recent discovery of yet another indiscretion, she realizes that shredding physical evidence has done nothing to prevent her emotional fraying. Yet before Mattie can confront Jake, a high-profile defense lawyer, and come to grips with the fact that he has never loved her, he moves out of their beautiful suburban Chicago home and into his latest young paramour's apartment. And then Mattie receives some devastating news from her doctor: she has Lou Gehrig's disease. Struggling with a guilty conscience, Jake moves back home to care for his wife and repair relations with their angry teenage daughter, Kim. After a bout of furious denial, Mattie finds herself in the compromising position of depending upon a man whom she has never fully trusted. She also must convince Kim that her previously absent father will be there for her in the future. This is rich stuff. While skimping on plot, Fielding has created an adept study of three flawed characters who, after years of playing head games, must learn how to communicate. Despite such heavy psychological drama, the tone lightens as together these three vanquish inner demons. In the end, even as the novel races toward tragedy, Mattie prevails. Fielding has again pushed a seemingly fragile heroine to the brink, only to have her fight back, tooth and nail. This time, though, death is not the greatest threat. 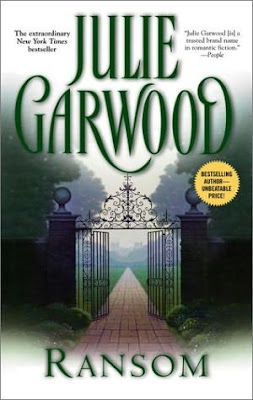 Gillian finds the key to resolving her troubled past in handsome Scottish chieftains Ramsey Sinclair and Brodick Buchanan. With the cunning and courage of the daring Scotsmen and with the friendship of a new ally, Brigid, Gillian at last fights the unscrupulous Baron Alfred, laying claim to her home, her family, and her father's reputation. But in the presence of the mighty warriors, Gillian and Brigid discover that desire can be a weapon of conquest, betrayal can slay trust in a heartbeat, and the greatest risk of all is surrender - to the deep emotions of unexpected love. 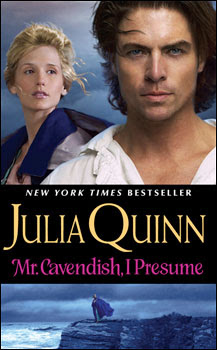 Amelia Willoughby has been engaged to the Duke of Wyndham for as long as she can remember. Literally. A mere six months old when the contracts were signed, she has spent the rest of her life waiting. And waiting. And waiting...for Thomas Cavendish, the oh-so-lofty duke, to finally get around to marrying her. But as she watches him from afar, she has a sneaking suspicion that he never thinks about her at all...

It's true. He doesn't. Thomas rather likes having a fiancée—all the better to keep the husband-hunters at bay—and he does intend to marry her...eventually. But just when he begins to realize that his bride might be something more than convenient, Thomas’s world is rocked by the arrival of his long-lost cousin, who may or may not be the true Duke of Wyndham. And if Thomas is not the duke, then he’s not engaged to Amelia. Which is the cruelest joke of all, because this arrogant and illustrious duke has made the mistake of falling in love...with his own fiancée! 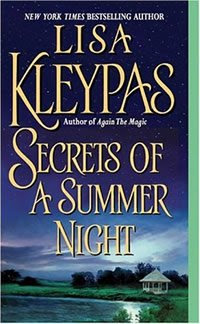 Secrets of A Summer Night by Lisa Kleypas

Four young ladies enter London society with one common goal: they must use their feminine wit and wiles to find a husband. So a daring husband-hunting scheme is born.

Annabelle Peyton, determined to save her family from disaster, decides to use her beauty and wit to tempt a suitable nobleman into making an offer of marriage. But Annabelle's most intriguing--and persistent-- admirer, wealthy, powerful Simon Hunt, has made it clear that while he will introduce her to irresistible pleasure he will not offer marriage. Annabelle is determined to resist his unthinkable proposition... but it is impossible in the face of such skillful seduction.

Her friends, looking to help, conspire to entice a more suitable gentleman to offer for Annabelle, for only then will she be safe from Simon--and her own longings. But on one summer night, Annabelle succumbs to Simon's passionate embrace and tempting kisses... and she discovers that love is the most dangerous game of all. 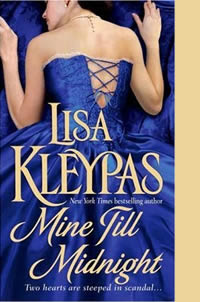 Mine Till Midnight by Lisa Kleypas

When an unexpected inheritance elevates her family to the ranks of the aristocracy, Amelia Hathaway discovers that tending to her younger sisters and wayward brother was easy compared to navigating the intricacies of the ton. Even more challenging: the attraction she feels for the tall, dark, and dangerously handsome Cam Rohan.

Wealthy beyond most men’s dreams, Cam has tired of society’s petty restrictions and longs to return to his “uncivilized” Gypsy roots. When the delectable Amelia appeals to him for help, he intends to offer only friendship—but intentions are no match for the desire that blindsides them both. But can a man who spurns tradition be tempted into that most time-honored arrangement: marriage? Life in London society is about to get a whole lot hotter….

BTW, thank you all for the great book suggestions yesterday, I have taken note of all the titles and will be looking for them at the library and the store.

So now you tell me, do you do summer reading lists too and if you do, do you prefer fiction or non fiction? If you do have a book list posted on your blogs, let me know, I would love to come and see :)
at 8:26 PM
Email ThisBlogThis!Share to TwitterShare to FacebookShare to Pinterest
Filed under: books, summer reading