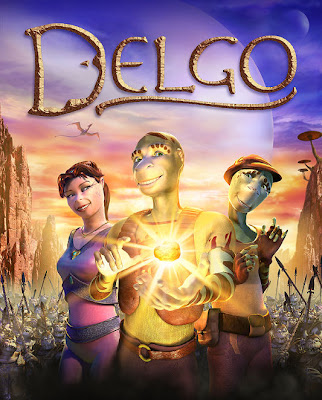 Have you heard about the movie Delgo? 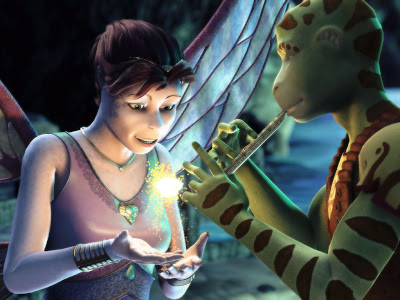 The story takes place in the magical land of Jhamora which is divided between two cultures – the Nohrin, winged masters of the skies, and the Lockni, the terrestrial tribe who harness the mystical powers of the land. When Delgo (Freddie Prinze, Jr.), a reckless Lockni teenager, forms a forbidden friendship with the spunky Nohrin Princess Kyla (Jennifer Love Hewitt), hostilities between the two peoples escalate, setting the stage for an exiled empress (Anne Bancroft) to exact her revenge and reclaim her rule.

Falsely imprisoned, Delgo and his best friend, Filo (Chris Kattan), must put aside their differences to join forces with a sworn enemy, Bogardus (Val Kilmer), and travel to the mysterious land of Perran to rescue Princess Kyla. Here they encounter fanciful creatures and discover more than just a kidnapped princess, they learn the value of different cultures and the importance of working together.

My kids are dying to watch it and I am too actually, I mean just looking at the cast with brilliant actors like Anne Bancroft and Jennifer Love Hewitt who are two of my favorite actresses.. So if you want to take your kids out to a good movie this weekend, why not check out Delgo?

You can watch a preview here:

Or you can go take a look around the movie's website, you can get to know the characters and the cast, even the creatures from the movie.

Delgo is definitely a movie I'm taking my kids to watch this holiday season.
at 5:24 PM
Email ThisBlogThis!Share to TwitterShare to FacebookShare to Pinterest
Filed under: delgo