One of my fondest memories of Christmas as a child, was laying on the floor in the living room and watching Christmas movies. There was something magical about that moment, you could feel the electricity in the air, knowing that Christmas Eve was just around the corner.

Each day we would watch as the tree grew with more and more presents, as my stepmom bought and wrapped them, she would place them under the tree and we would jump for joy.

The Christmas break from school was my favorite time of the year, I literally could not contain myself with the anticipation of whatever would be on the television that day. I miss that nowadays, I miss that innocence and that craving for Christmas, the unknown of what you would get that year, how many presents would there be, WHAT was inside the pretty wrapped paper. If you were anything like me, you picked them up, you held them, you smelled them and you definitely shook them, lightly so as not to break anything, but trying desperately to get a clue, but also knowing that if you happened to guess what it was, it was depressing, the feeling of surprise would not longer be there LOL

But anyway, going back to movies and shows. I have so many that I remember enjoying around the holidays, so here's my list, maybe they'll bring back good memories for you too. It is the Christmas season in Northern Indiana and Ralphie desperately wants a genuine Red Rider BB gun under the tree. The movie revolves around this pursuit and how Ralphie tries to overcome the obstacles in obtaining this gift, mainly in the form of adults who bleat "You'll Shoot Your Eye Out!" 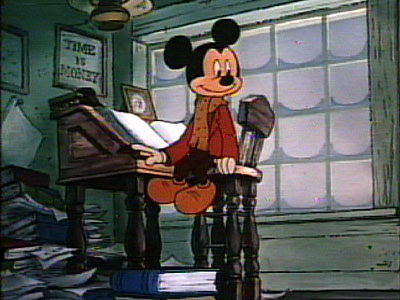 The classic Disney animated characters play the roles in this animated retelling of the Charles Dickens masterpiece.

The legend of Santa Claus comes to life in this enchanting heartwarming tale that the whole family will cherish year-round! This is the delightful story of a master toymaker who discovers a magical kingdom of elves at the North Pole. There he is entrusted with wonderous, special powers -- to become the world's beloved patron of Christmas...Santa Claus! And there he meets Patch (Dudley Moore), an eager-to-please elf who becomes mixed up with a dastardly toy tycoon's (John Lithgow) plans to take over Christmas. And so begins Santa's greatest adventure of all -- to rescue his faithful elf and to save Christmas for all the children of the world.

National Lampoon's Christmas Vacation - (by far one of my favorites)

The third in the series of National Lampoon's 'Vacation' films, this sequel concerns the Griswold family's holiday get-together. This time they're trying to have a picture book, old-fashioned Christmastime--even though all the in-laws are dropping by, including Clark's (Chevy Chase) redneck cousin, Eddie (Randy Quaid). Looks like it's going to be a real holly-jolly holiday--if they can make it through.

High-flying reindeer! Mischievous elves! Warp-speed sleigh rides! Get set for a magical dose of holiday cheer, zany season's greetings, and spell-binding special effects in this fast-paced, heartwarming comedy hit! When Santa Claus decides to retire and pass on his magic bag of Christmas surprises to a new St. Nick, he enlists the aid of a hilarious assortment of characters, including that lovable know-it-all Ernest P. Worrell (Emmy Award-winning comedian Jim Varney)! Along the way, Santa and Ernest help a cynical teen experience the season's spirit like never before. And that's where the fun -- and magic -- begin! ERNEST SAVES CHRISTMAS ... one delightful, surprising tale you'll never forget!

Those were just a few of my favorites at the time, but nowadays there are so many out there that I truly enjoy and so do my kids, so here is a list of the movies that we as a family absolutely love watching during the holidays.

How the Grinch Stole Christmas

A Charlie Brown Christmas
I have to say, as much as I love being a wife and mother and having my own house, I don't think there's anything better than the memories you keep in your heart from the time you had as a child.

I miss them dearly and there's times that I wish I could be back there, with my brothers and my parents and grandparents, eating good food, laying under the christmas tree staring up at the lights, helping with the christmas presents and laughing, there was always laughter in the house. There's no better memory to have for the rest of your life, as that of a happy and loving family and I'm blessed to have had that.

It's funny I sit back and think of Christmas Eve and how we opened the presents, and as soon as that clock struck midnight, me and my 3 brothers would run to the tree and start passing out gifts, making our own little piles of gifts as we went and then everyone got to sit down and tear into the presents. There was always toys and clothes and books and I remember vividly the next morning waking up and walking into the living room...the couch would be littered with little piles belonging to this one and that one, everyone had their own stash. It's like a photograph ingrained in my memory and I only wish my children were able to be part of the HUGE Christmases we used to have.

But we just have to make our very own traditions and memories right?

So here's my questions for today: Do you still remember the movies you used to watch as a child during Christmas? What was your favorite? And what was your favorite childhood memory around the holidays?
at 11:28 AM
Email ThisBlogThis!Share to TwitterShare to FacebookShare to Pinterest
Filed under: christmas