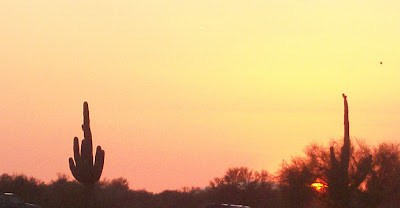 I can finally say that the house is back to normal, the tree is down, the decorations put away and every last bit of Christmas cheer safely packed in boxes and rubbermaid containers, for next year. Until then, I can breathe a sigh of relief!

I don't have the patience for Christmas, I just realized that this year, I think the older I get the more annoyed I become with the whole rush of the season, the blowing of budgets and extravagant get togethers, I think it's just not for me anymore, I would be perfectly happy just spending a quiet day with the family, having a good dinner and exchanging one gift.

So with everything put away, I turned into a cleaning machine and I've dusted and mopped and scrubbed and vacuumed and reorganized every single room in the house, not one was left untouched, and it makes me feel good. You know that feeling you get when you walk into your house and every nook and cranny is clean and tidy and homey? 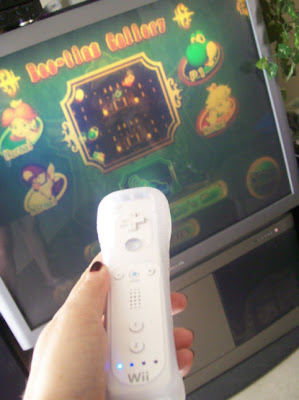 Yesterday we spent the day playing the Wii, I rocked it out on Guitar Hero by myself while everyone was doing other stuff, then we proceeded to a game of Mario and Sonic and the Olympics and can I just say, I hate Skeet? Hate hate hate skeet LOL
After getting my butt handed to me in that game, we switched to Carnival Games and boy was that fun. Have you played it?

By the time we looked at the clock it was 10pm, a whole day of Wii goodness, laughing and some frustrated emotions from loosers, chips and snacks, a quick break for a delicious dinner of Beef Stew with Potato dumplings and family time which is something that I absolutely love.

In the middle of all this I've been able to enjoy the PBS Series, honestly if you've never seen them and you like history and learning about old times, you will like these.

The one that struck me the most and made me really stop and think was The 1940's House. It really brought home the fear and hardship that these families had to endure during World War II.

The Hymer family were placed into the home complete in 1940's garb and then put through a series of simulations of what their day to day would have been like in that era, during The London Blitz.

This was the beginning of the Blitz - a period of intense bombing of London and other cities that continued until the following May. For the next consecutive 57 days, London was bombed either during the day or night. Fires consumed many portions of the city. Residents sought shelter wherever they could find it - many fleeing to the Underground stations that sheltered as many as 177,000 people during the night. In the worst single incident, 450 were killed when a bomb destroyed a school being used as an air raid shelter.

Life was hard, everything seemed to take longer to do and the tools needed to accomplish something were not always available. For me the worst was the Food Rationing, I thankfully have never had to be in that situation and quite frankly don't know how I would react, but it can't be easy knowing you only have a few items to last you a whole week.

If that wasn't hard enough to deal with, they had to build an underground shelter in their yard as well as keep up with the BlackOut Rules.

The blackout began two days before the war began. Under blackout rules, everyone had to cover up their windows at night with black material. This was to make it difficult for german bombers to find their target in the dark.
The street lamps were turned off and often people bumped into one another. Traffic accidents were common because car headlights had to be blacked out, and deaths from drowning increased as people fell off bridges or walked into ponds.

And if you were caught not covering your windows you were heavily fined. At one point there was a Bomb Raid, the family gathered their supplies and the two children and ran to the back yard, the back door was left open for a few minutes while they were moving out of the house and the next thing they know they are getting a letter in the mail and being fined for not having followed the blackout rules. Goodness!

Anyway, I learnt a lot from watching this show. A couple of you asked me where I got the series from....well, I'm watching through Netflix but you can find them on Amazon too. If you're interested in taking a virtual tour of the home used for this documentary, you can go here.

Well that does it for me, I'm off to have my coffee and eat my oatmeal, not sure what else I'll be doing today since all the work was done yesterday, but I'm sure I could find something to knit, or watch, like Helen of Troy Disc 1. Yes, maybe that's what I'll do.

Have a great day everyone!
at 10:56 AM
Email ThisBlogThis!Share to TwitterShare to FacebookShare to Pinterest
Filed under: 1940's house, christmas, PBS