Being surrounded by dozens of boxes, full, empty, flat or put together, just does not phase you anymore. 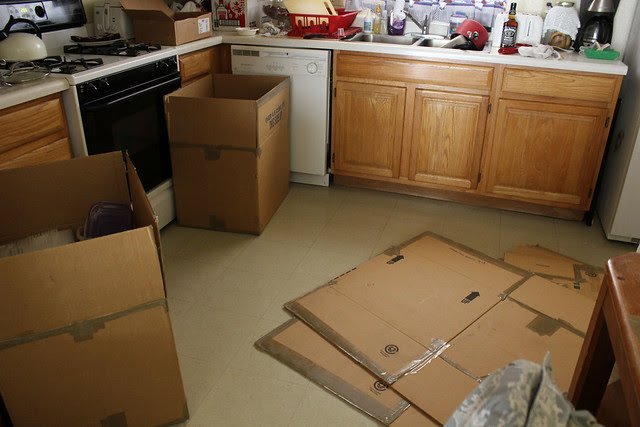 It's a normal occurrence.

So we get our house keys on Friday and then we'll be moving over the long weekend.  Works out pretty well considering Curt's squadron are being pains in the behind and not wanting to give him much time off, they actually had the nerve to offer him ONE day to move.  Really?  Are they going to come and do it for us? 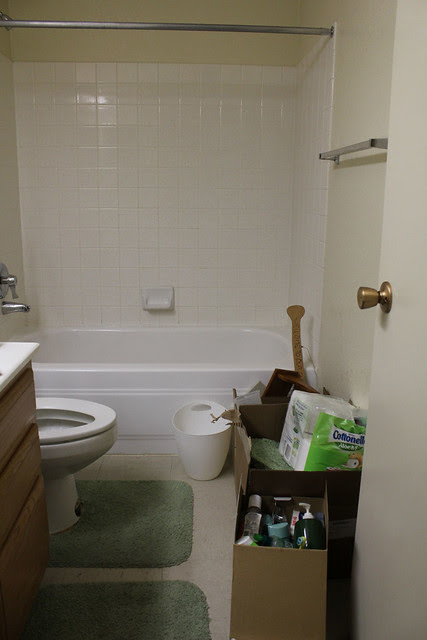 See the box with the various lotions and potions?  If this were a State to State move, it would be all packed nicely or most of it would have been chucked away.  But since it's just down the street, you learn to pack and leave it be, move it to the new house and bring back the empty box to grab more.

Oh the joys of military life.

Unless it's your first move, you pretty much become a pro by the second or third.  When you hear "you're moving", you may groan and go "Ugh again" but then you immediately switch to Moving Status and things just fall into place. 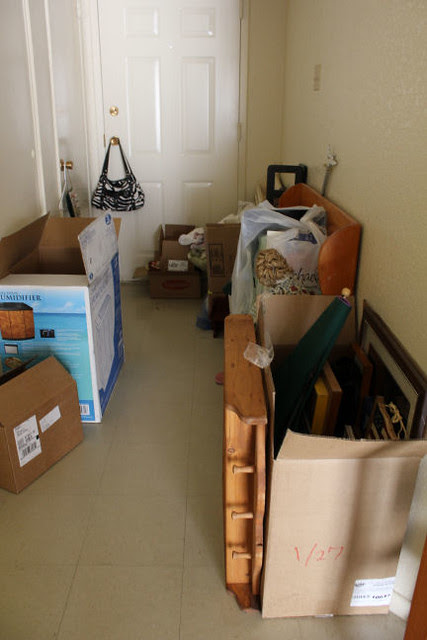 Within the next few days we'll be completely packing everything into boxes, pulling apart beds and computer desks etc.  We plan on loading the U-Haul truck, then moving everything Saturday morning.  Thing with a Dity move (Do It Yourself Move), is that you have to weigh all the vehicles and trucks, empty and loaded.

Hopefully we will only have to make one run with the truck, maybe two at the most which is what we did last time.

Only thing that usually annoys me about the moves is that you once again have to change your address everywhere and get all the utilities and services switched over to the new house.  It's just a bit of a nuisance.

So, I'll be in and out a lot the next two weeks, but I'll have my usual posts up on Thursday and Monday and hopefully I won't be out of internet for too long.

Wish me luck, I have a feeling that we won't be at this base for too much longer, call it intuition or maybe wishful thinking but I just don't think we'll be stationed here next year.  Who knows.

Now I'm off to drown myself in boxes again.  Yay!
at 4:23 PM
Email ThisBlogThis!Share to TwitterShare to FacebookShare to Pinterest
Filed under: moving