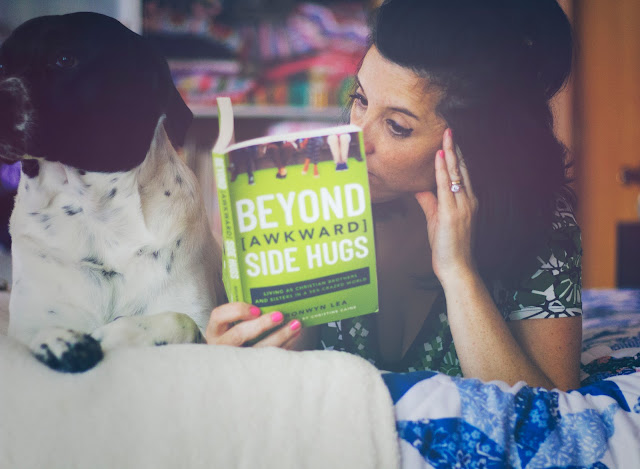 It Doesn’t Have to Be This Weird

When it comes to relationships between men and women, we have more questions than answers:
Jesus’ pattern for church living was one of family—of brothers and sisters living in intimate, life-giving community with each other. With story, sensitivity, and hope, Beyond Awkward Side Hugs invites us to leave behind eroticized, fear-based patterns and move toward gendered, generous relationships between men and women of character as we love one another as Jesus did.

“Beyond Awkward Side Hugs is a deep well of biblical wisdom, and Lea has written with nuance and clarity, humor and grace.” –Jen Pollock Michel, author of Surprised by Paradox and Keeping Place

“The church desperately needs a bigger vision for how men and women can flourish together in ministry and friendship, and Bronwyn Lea paints a vivid picture for how we’ll get there.” –Steve Wiens, author of Shining Like the Sun, Beginnings, and Whole 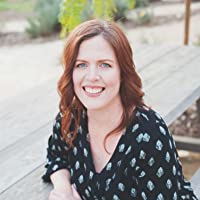 Bronwyn Lea is a writer, bible teacher, lawyer and ice-cream addict with twenty years of pastoral ministry experience. She heads up Propel Sophia, the Christian living wisdom resource for Propel Women, and is on the pastoral staff of her local church. Bronwyn is mom to three school-aged kids, who keep her somewhere between hilarious laughter and desperate prayer on any given day. She and her fellow South African husband live in Northern California, where they count the men and women in their church as not just friends, but family.

I know that may sound ridiculous but having lived in South Africa my whole childhood, it's always a joy when I get to enjoy a book by a South African author.

Aside from the South Africa thing, Bronwyn is a Christian woman just like I am, and I think she has a lot of the same thoughts and ideas that I do when it comes to the sexuality department and how it applies for a Christian.

I think as a Christian we have quite strong beliefs and are sometimes shunned and looked down on by those who are not of the Christian faith.

I want to start by saying that I've always found the use of sex in movies, commercials and books, a bit extreme.  There doesn't seem to be anything on the TV that doesn't bring in a sex scene or some sort of innuendo.  Now stop right there, I'm not afraid of ashamed of sex, but I do believe that it has a time and place.

Bronwyn leads us through a myriad of examples, Bible based facts and scripture, to help us navigate this ongoing world of commercialized sex that somehow seeps into everything we do and say.  As Christians we often find ourselves in situations that my leave us a bit uncomfortable.  That hug between a brother and sister in Christ that sometimes makes us immediately hope that no one is thinking that it is more than a simple hug.

The author lays out a biblical vision for our relationships in the church, how to keep a male and female relationship healthy without it becoming awkward and weird.

The truth of the matter is that we've been conditioned to look upon everything in a sexual way.  Bronwyn makes a perfect point when she mentions that she has to refer to a pencil eraser as an ERASER and not a RUBBER.  That struck home with me because having grown up in South Africa, we always called it a rubber, and in my innocence when I moved to the United States that is what I referred to it as, until my husband explained that a rubber will most likely make people think I'm talking about a condom instead.

These are the kind of examples that she touches upon.  The fact that nothing we say or do anymore, can be just that, just a simple pencil rubber, a simple hug between opposite sexes without it meaning anything other than friendship.

As a Christian it is becoming increasingly harder to navigate this world we live in and I for one appreciate Bronwyn bringing into light, not only our innermost thoughts on this matter, but how she has worked around these preconceived thoughts and notions, and how we can start to change the way we look at the narrative and rather focus on what exactly the Bible tells us to do.

Why does everything have to be so sexualized?  Is it possible for a male and female to have a friendship that is purely platonic?

If there's one thing I'm taking away from this book, is to stop worrying about what the world in general may think and rather focus on what Jesus wanted for us.


Thank you to TLC Tours and the Thomas Nelson publishers,  for providing me with a review copy of this book, in exchange for my honest review.

at 6:20 AM
Email ThisBlogThis!Share to TwitterShare to FacebookShare to Pinterest
Filed under: tlc book tours