{ Fall weather, even if just for a few days }

Then all the leaves stopped being green.  They were yellow and scarlet and crimson and golden and brown.
- Little House in the Big Woods - 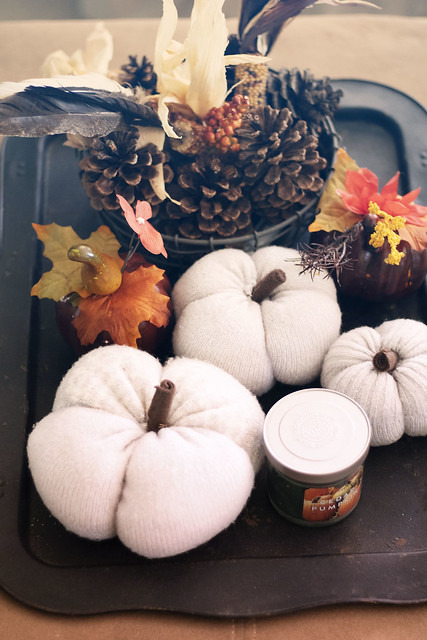 We had a cold front move in yesterday.  If I were in Idaho, it would mean actual cold weather, but it's Texas, which means our cold fronts means 80s instead of 100s.  I'll take it though.
It's been absolutely bliss waking up to 50 degree weather in the mornings, and then staying in the 80s during the day.  It makes the days so much more bearable.
I've been opening my windows and letting in the fresh breeze, have left the back screen door open and enjoyed the cool temperatures and even Elliott has been loving sleeping by the back door.  Usually it is far too hot to do that. 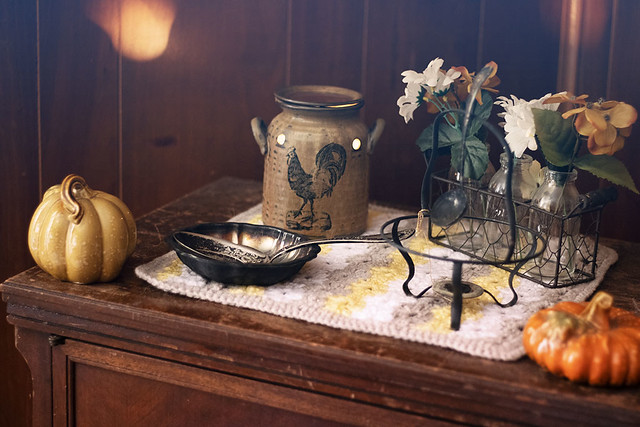 I've started pulling out some of my Fall decorations, adding little bits here and there.  The weather and the trees outside may not be in full fall mode yet, but at least inside it's giving me warm and cozy vibes.
These two antique items below, belonged to my husband's grandparents.  No one wanted them, but and I jumped at the chance to keep them.  They are just the kind of antique piece I look for, and being that they belonged to family members, it's a definite treasure to keep.
Have you ever just sat back and wondered what an item's story is?  When were they made, how they came to be?  Who bought them first and what was their intention?  What did they see, what homes did they live in?  Were they used at dinner parties, or special occasions, or did they just sit on a shelf?
Oh if only they could talk, the stories they would tell. 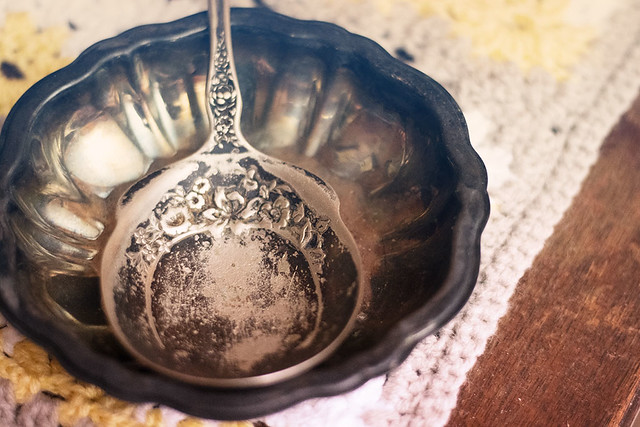 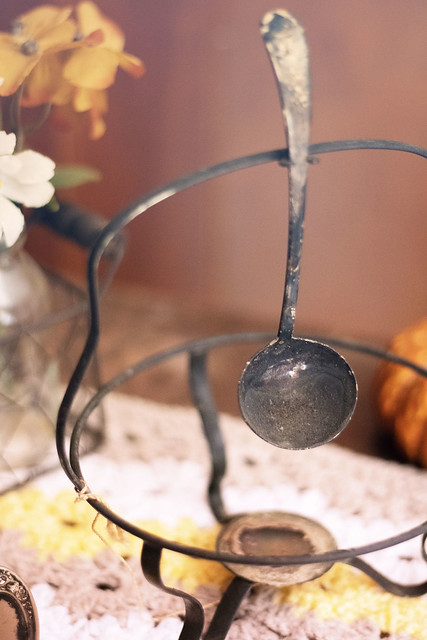 As I started going through my boxes, I came upon some favorite candles that I actually forgot about.  I thought I had used them up completely and was quite sad, because I bought them at a vendor in Arizona, when we used to attend our Renaissance Fair.  There are a few posts here on the blog, and a full album on my Flickr Account.
We first attended in 2010, I still remember that day as if it was today.  I was in the middle of cleaning the house when we heard the commercial on the radio.  We dropped everything, grabbed the kids and headed out the door.  It was about an hour away from Phoenix, in Apache Junction, but it was worth the drive.
You can read all about that first day, on this post called Hear Ye, Hear Ye!  Also, Where did we spend our Saturday?
Anyway, you get the idea.  We went pretty much every year that we were stationed at Luke AFB, except for the last year, I think, or the year before.  I know we missed one year and we kicked ourselves for it. 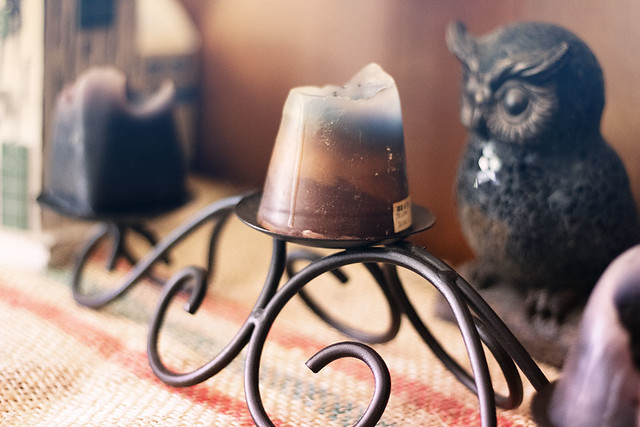 When you attend your local Renaissance Fair, as much as we did, you start getting to know your vendors, because they're usually the same ones that travel from State to State.  One of my favorites was the Irie Lights, which made these amazing candles above.  They were and still continue to be quite inexpensive, and they bring out these really neat color combinations as well as fun scents.
I couldn't believe I still had some of the candles.  You can see that they are used and very much loved.  It got me thinking that I needed to get some more, and it had been years, and I mean years since I had bought any, since our last visit to the Fair was in 2011.  I was hoping they were still around but told myself I wouldn't get too upset if they weren't because it had been so long.
Much to my surprise, I found their website and not only are they still around, they still sell their magnificent candles and even candle making supplies (something I've really wanted to dabble in for a while, so will probably end up buying some soon), and they are still making these really eye catching candles with the best scents.  Oh and they sell incense sticks too as well as tiles.
I bought 4 of the smaller ones and can not wait to get them, I'll be sure to share them with you when they arrive.  Here are the candles I bought previously, and thankfully they still had one of my favorite scents which is the moonshadow. 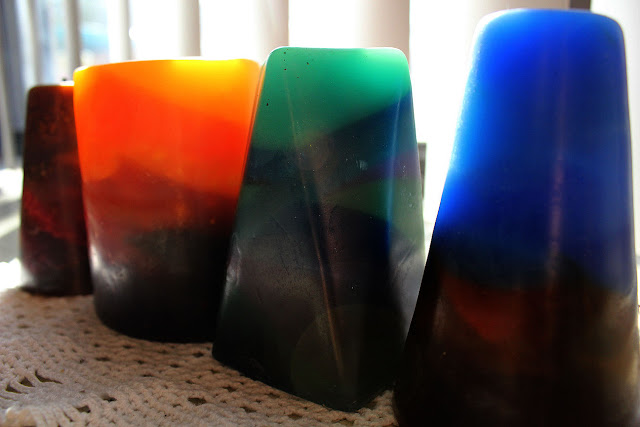 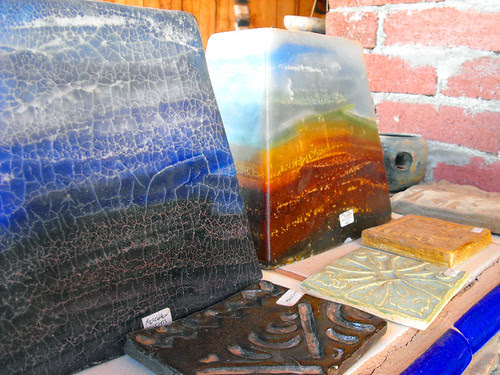 No I wasn't asked to advertise them but I love Irie Lights so much, and I'm just excited to know that they're still selling their products.  I wish so much we had one close by, but the closest is 2 hours or so away.  We still plan to make it to one this next coming year, but it will be pretty hard to top the Renaissance Festival in Apache Junction. 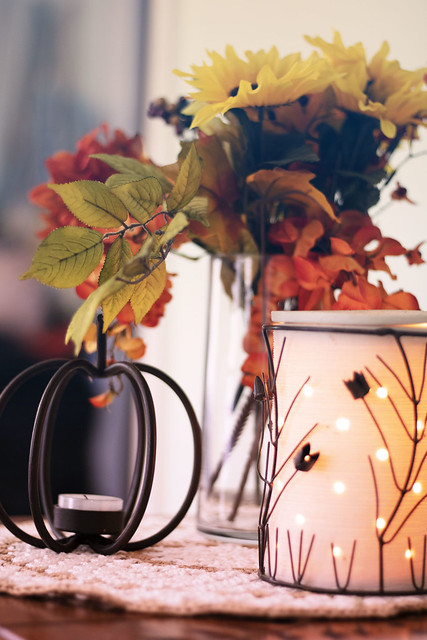 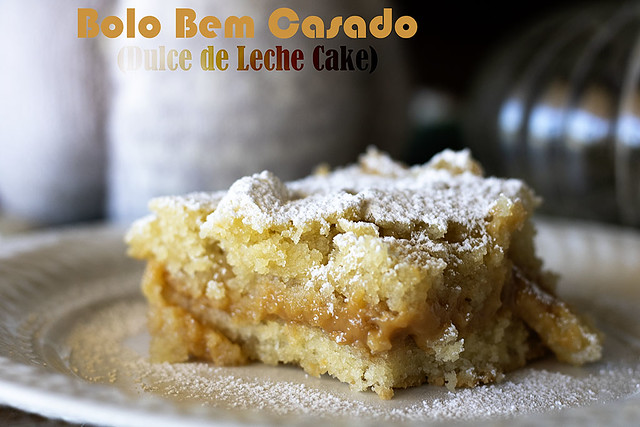 Ok, enough about that now, just wanted to share real quick because I brought the candles out and just like I was saying above about the antique pieces, it seems every item in our house has a story, doesn't it?
I'm still continuing to clean and organize by room.  Did my bedroom today, cleared out my writing desk, and it looks so much better and not as cluttered as it had gotten.
Also, made this delicious cake, which I told you about in the previous post.  It is phenomenal, easy to make and your family and friends will love it, and beg for more.  I will try to get the recipe up tomorrow.
I am going to see if there's anything on the TV that I want to watch, and if not, I'll be getting a bit of reading done before going to bed.  I always read my Bible before sleeping, but I also am starting a fiction book today that I have wanted to read for so long.
Some of you probably know it, and have read it, and if you have, let me know down below.  Would love to hear your thoughts, as it seems to be a favorite for many. 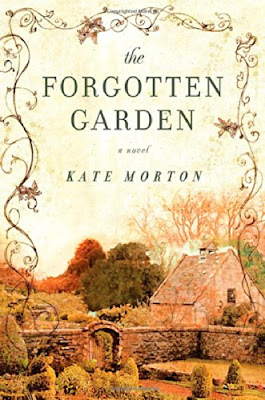 at 7:22 PM
Email ThisBlogThis!Share to TwitterShare to FacebookShare to Pinterest
Filed under: autumn, fall