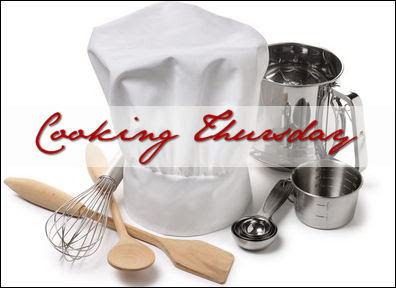 
Once the dough is thawed, roll it out on a floured surface until you get a pretty big rectangle. I don't measure, I just eyeball it but I would say about 9x13 inc which is about the size of the baking pans.

For the filling, combine the softened butter, brown sugar and cinnamon. Mix well and then spread over the dough but not to the edges, leave about a half an inch edge, it will make it easier to seal once we roll it up.

Start rolling the dough up carefully, press the seams a little to seal.

I usually use a bit of thread or fishing line to slice it up, it makes it easier and gives a much better clean cut, but if you want to use a knife, use a serrated one.

Slice into 1 inch slices and place into round baking pans. You can also put them in a 9x13 inch. pan, but I prefer the round foil ones. They're pretty cheap and make clean up easier too.

Let rest for about 30 minutes.

Pop into a 400 degree oven for about 20 minutes until done and nice and brown.

In the meantime, mix 3 ounces of softened cream cheese, the confectioner's sugar and the vanilla or maple extract, with an electric beater. Spread over the cinnamon rolls.

Note: I like making huge batches of these and freezing them. I either bake them all and then freeze, or a bake only what I need and wrap the rest in press n seal wrap and pop in the freezer until ready to bake.

at 10:08 AM
Email ThisBlogThis!Share to TwitterShare to FacebookShare to Pinterest
Filed under: cooking thursday