It's been such a busy week here in our home and I'm needing some rest and some relaxation which means doing the things that I love, like crochet or catching up on some of my favorite shows.

And boy do I have some good ones to watch......so set your DVR's or head to your Netflix Queue, here is what I'll be watching this long weekend.

Lark Rise to Candleford
Did you know that Season 4 of Lark Rise to Candleford has started?  Oh yes it did, it started last week Sunday and I could have danced a little jig of joy when I found out.  If you haven't yet watched this series, you have no idea what you're missing, good family show very reminiscent of Little House on the Prairie, Anne of Green Gables, Road to Avonlea and Dr Quinn.
You can find the first two series on Netflix and Amazon. 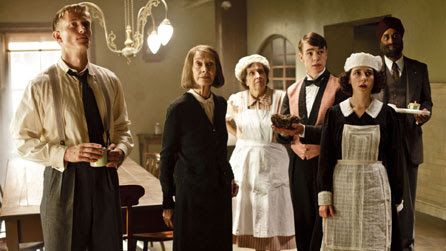 Upstairs, Downstairs (2010)
This is the newest version of the popular Upstairs, Downtairs tv series from the 1970's.  I've got the first 3 episodes to watch, can't wait.

Here is a trailer: 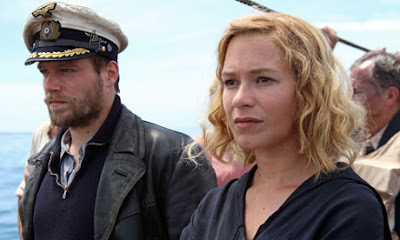 The Sinking of the Laconia
From BBC:
"On the 12th September 1942 the Laconia - a cruise ship turned troop ship - was torpedoed and sunk by German submarine U-156 commanded by Werner Hartenstein. She carried a motley crew of women, children, wounded soldiers and Italian Prisoners of War. Having sunk the ship, Hartenstein should have left them to their uncertain fate in the water, but instead he made the incredible decision to save as many lives as he could. A true story of unexpected gallantry and humanity in the fog of war." 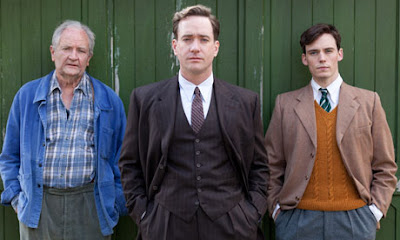 Any Human Heart
The four-part drama, adapted for TV by Boyd himself, intimately depicts the life of fictional writer Logan Mountstuart. In it, Oscar-winning Broadbent plays the older incarnation of the eccentric (and oddly-named) novelist, while Criminal Justice actor Matthew Macfadyen and newcomer Sam Claflin depict his earlier, more naive years.

Spanning nine decades, Any Human Heart tells stories around some of the most significant historic events of recent decades. World War II and the New York art scandal of the '50s and 60s are explored through Logan's eyes, as are his various relationships. Kim Cattrall takes a role reminiscent of Sam in Sex and the City, playing one of the lothario's glamorous lovers when the show starts later this year. 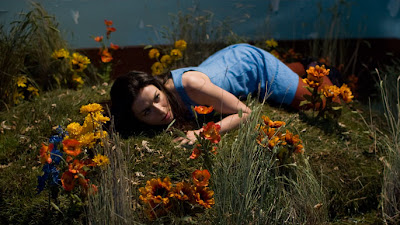 Alice (Syfy Channel)
I love Alice in Wonderland and I do enjoy watching all the different versions out there, so when I found out that the Syfy channel was airing this modern version, I immediately went in search of the details.  I've heard pretty good things about it so I am eager to sit down and watch it.

I'm sure you've heard me mention this one before, SO good, I absolutely loved it.  I watched it while it was being aired in England but now PBS is showing the series on Masterpiece Theatre and yes, I'm rewatching.  To find out more you can look here.
You can watch Episode 1 and see scenes from Episode 2 which air this Sunday the 16th.  There will be two more airings, January 23rd and the 30th.  Do watch this series, they are superb.

I'm sure you can find something to watch from that list.  Of course I have some Everybody Loves Raymond on DVD and some DVR'd shows from last week waiting to be seen.

I'm determined to settle in for some good tv watching and whip out a bunch of african flowers for my blanket.  I do have to get groceries in the morning and iron some laundry and of course prepare meals but other than that, it's a very low key relaxing weekend which is just what we love around here :)

Hope you enjoy your long weekend too!
at 6:58 PM
Email ThisBlogThis!Share to TwitterShare to FacebookShare to Pinterest