The In Between Hour by Barbara Claypole White - TLC Book Tour 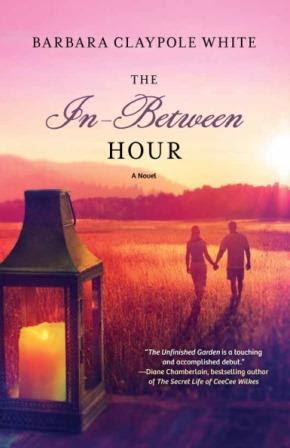 What could be worse than losing your child? Having to pretend he’s still alive…

Bestselling author Will Shepard is caught in the twilight of grief, after his young son dies in a car accident. But when his father’s aging mind erases the memory, Will rewrites the truth. The story he spins brings unexpected relief…until he’s forced to return to rural North Carolina, trapping himself in a lie.

Holistic veterinarian Hannah Linden is a healer who opens her heart to strays but can only watch, powerless, as her grown son struggles with inner demons. When she rents her guest cottage to Will and his dad, she finds solace in trying to mend their broken world, even while her own shatters.

As their lives connect and collide, Will and Hannah become each other’s only hope—if they can find their way into a new story, one that begins with love.

This one started pretty slow for me, I just wasn't feeling it, and it's not that the story itself is boring or lacking in any sense, I don't know what it was for me that just wasn't clicking.

As I got more into the story, it did start to get much better and I began really enjoying getting to know Will and Hannah, but especially Will and his life and what he is dealing with.

I began to appreciate both characters, where they came from, and the struggles that they were dealing with.  Both very different in a way but then almost alike in others.

It was interesting watching them face their own demons and come together as one towards a blossoming love story.

But it's not all this story is about, because there's so much more going on, so many personalities and issues to get through, while confined to the same space.

Not a bad read when you actually get into it.....but you have to stick it out, it's worth it.

at 7:00 AM
Email ThisBlogThis!Share to TwitterShare to FacebookShare to Pinterest
Filed under: tlc book tours