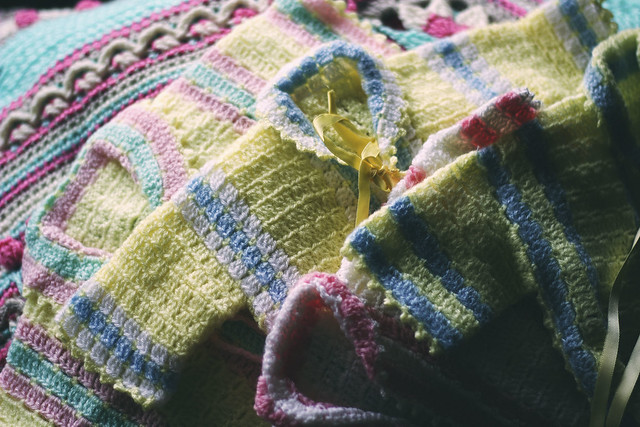 I have a box sitting in my closet, at the top shelf, just sitting there.  I kind of knew what as in it, but not really.  Okay let me rephrase that, I knew what some items were but as is usual, you tend to keep things you completely forget about until you happen upon them again.

As I was cleaning out my closet this morning, I pulled the box down and the very first thing I thought was "it's heavy, what on earth is in here?".

I dragged it into the living room, set it on the couch and opened the box.  I honestly was not prepared for everything that I found, and the next hour saw me in tears, looking through things, remembering certain times and moments, where I was, what I was doing.

You don't really think about how much materialistic items mean to you, until you actually pick them up, hold them in your hand and allow your mind to take a trip down memory lane.  Our brains are absolutely amazing aren't they? 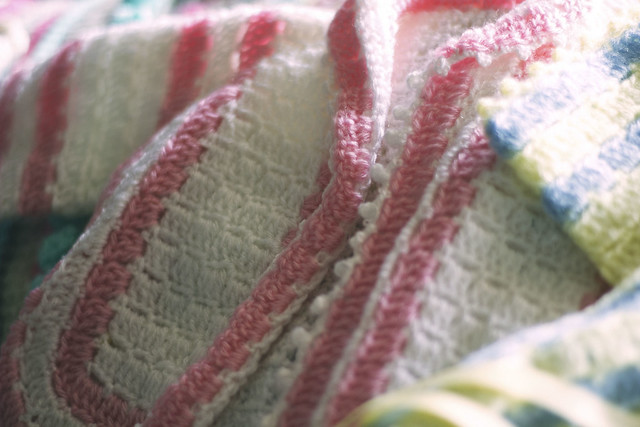 I have my children's hospital bracelets, cards and some paperwork.  They are memories that I will forever treasure, because they take me back in time to the beginning of my journey as a mom. 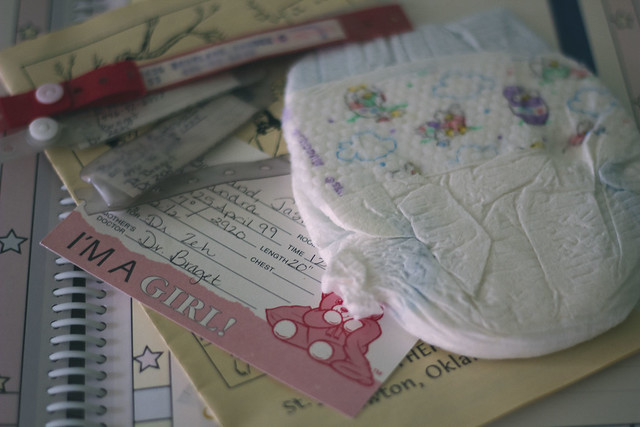 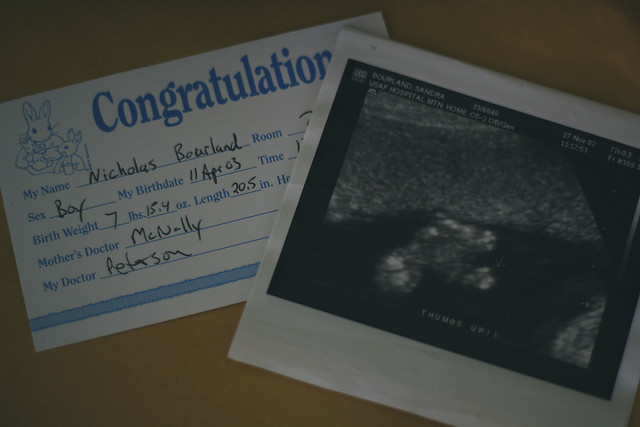 I still have all of their booties too, most made by my stepmom, and grandmothers. 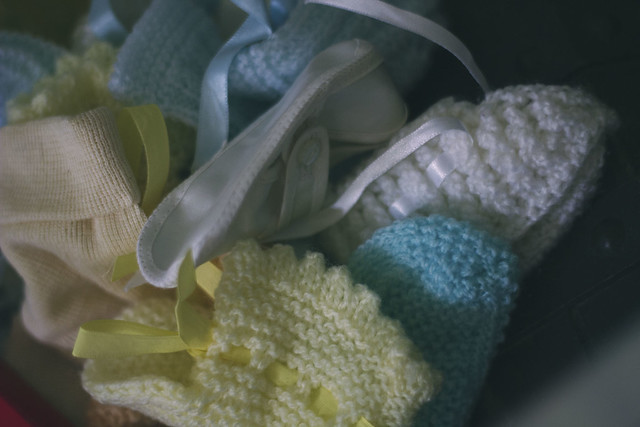 And just look at these little crochet and knitted sweaters from both of my grandmothers :) 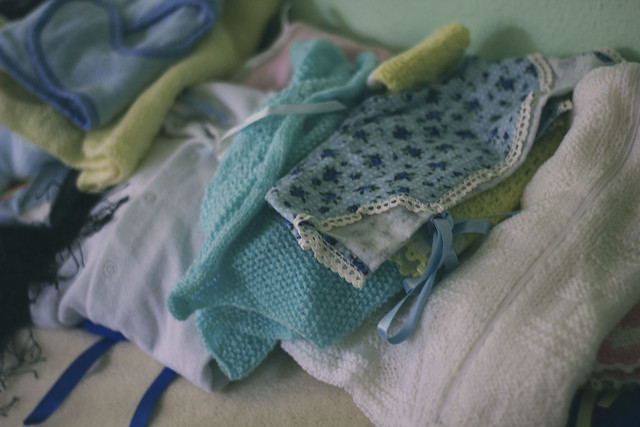 I need to sit down and go through all their baby stuff, put it in separate little boxes and organize it all etc.  I think it will be fun to do that and one day, I'm hoping to pass some of these, down to their own children. 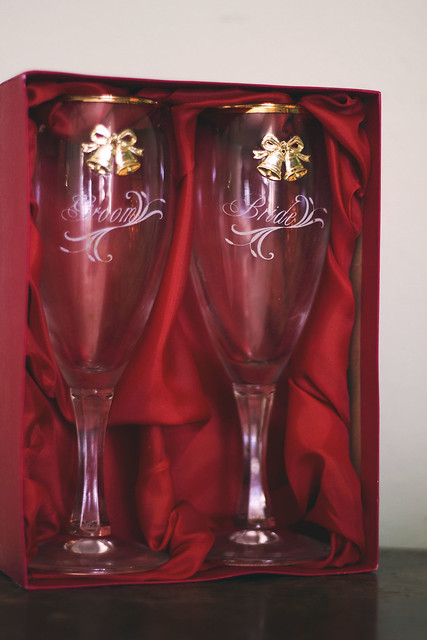 In that box were also my flutes from my wedding day.  20 years and they've survived moves, sadness, happiness, births and deaths and so on. 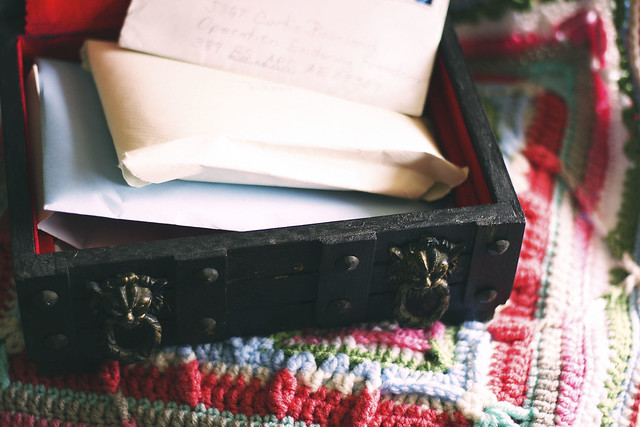 Then I found this wooden box and I couldn't for the life of me remember what it was, or what was in it.  Boy was I surprised when I opened the box and found a bunch of envelopes and photos. 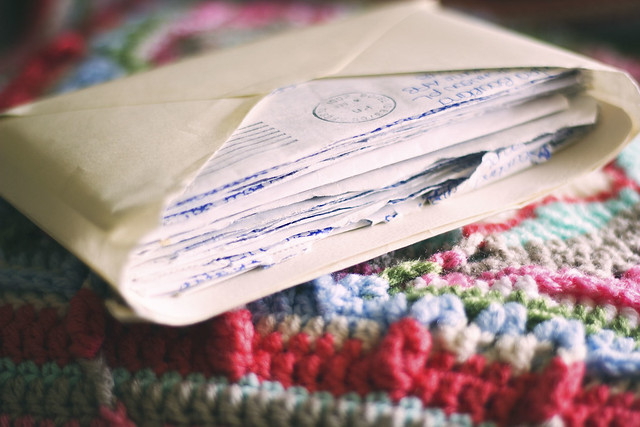 This envelope above is filled with letters that I wrote to Curt when he was deployed right after September 11, 2001.  He kept every letter I wrote.

I plan on going through them and reading them one by one.  I know it will be hard because it will bring back a lot of feelings and emotions from that time.  I suffered a miscarriage while he was gone, I was alone with Jasmine who was just 2 years old, for many months.  I was a mess!!!

But it's all those things that you go through, that make you the person you are today.

All those feelings and emotions, are a part of me and who I was at the time, and even if I read a simple sentence on a piece of paper, and think to myself "oh my word, what were you thinking?" it doesn't matter, because it doesn't in any way invalidate what I was going through at the time, when I was younger, much much younger.

So it's good to go back sometimes and think about your past and what you did, where you were, go through old mementos and sometimes even get a good cry in.  It's cleansing, it really is. 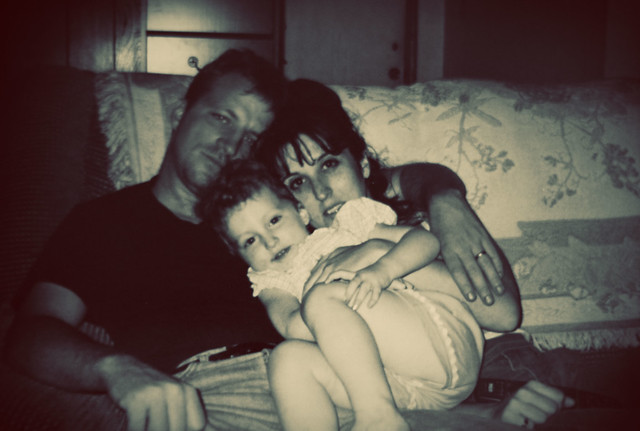 And I will forever be grateful to the memories contained in that box, it's like a step back in time, almost a time capsule of where we were, WHO we were and how far we've come.

Just look at how young we looked above, feels like a lifetime ago :)

at 10:09 AM
Email ThisBlogThis!Share to TwitterShare to FacebookShare to Pinterest
Filed under: box of memories, family, military life