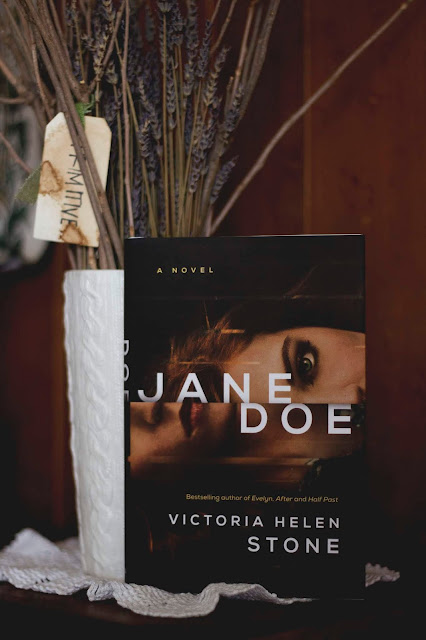 A double life with a single purpose: revenge.

Jane’s days at a Midwest insurance company are perfectly ordinary. She blends in well, unremarkably pretty in her floral-print dresses and extra efficient at her low-level job. She’s just the kind of woman middle manager Steven Hepsworth likes—meek, insecure, and willing to defer to a man. No one has any idea who Jane really is. Least of all Steven.

But plain Jane is hiding something. And Steven’s bringing out the worst in her.

Nothing can distract Jane from going straight for his heart: allowing herself to be seduced into Steven’s bed, to insinuate herself into his career and his family, and to expose all his dirty secrets. It’s time for Jane to dig out everything that matters to Steven. So she can take it all away.

Just as he did to her.

Victoria Helen Stone is the nom de plume for USA Today bestselling author Victoria Dahl. After publishing more than twenty-five novels, she is now taking a turn toward the darker side of genre fiction. Born and educated in the Midwest, she finished her first manuscript just after college. In 2016, the American Library Association awarded her the prestigious Reading List Award for outstanding genre fiction. Having escaped the plains of her youth, she now resides with her family in a small town high in the Rocky Mountains, where she enjoys hiking, snowshoeing, and not skiing (too dangerous).

It's a funny thing, because I'm very much interested in the human mind and what leads someone to do certain things, but I find it hard to relate to some of the things in the book and especially to the main character who is a self diagnosed Sociopath, hell bent on revenge for her friend's death.

I get the feeling of wanting someone to hurt just as much, I get wanting them to suffer or thinking that it would be great to see them go through something similar.  I'm human, and as such, I think we all have gone through moments in time when those feelings flash through our minds, but there's a huge difference between thinking something and actually following through.

Jane is leading a double life, pretending to be someone she isn't so that she can get revenge on Steven, the man she believes is to blame for her best friend's death.

The story itself is well written, like I said above, but it's disturbing in a sense, and I think it's just MY own feelings or level of comfort when dealing with things like this.  Seduction, manipulation, quite evil thoughts and a cunning way of getting around things......all tactics quite alive and well in today's society, but not something I am comfortable with, probably because I am nothing like that as a person and so it bothers me.

I don't know, is it a good book?  Yes, if you are not bothered by these things and find it enjoyable or even fun to follow along, then this is the book for you.

at 10:34 PM
Email ThisBlogThis!Share to TwitterShare to FacebookShare to Pinterest
Filed under: tlc book tours