Call the Midwife on BBC

I already have so many shows that I adore from the UK and when I first saw the previews for this one, it caught my attention.  I was hoping that I would enjoy it as much as the previews dramas I've loved, so after finding the episode I sat down to watch it tonight.

It didn't take much to get me hooked, matter of fact all it takes is good writing and brilliant actors to reel me in and this one certainly meets both for me. 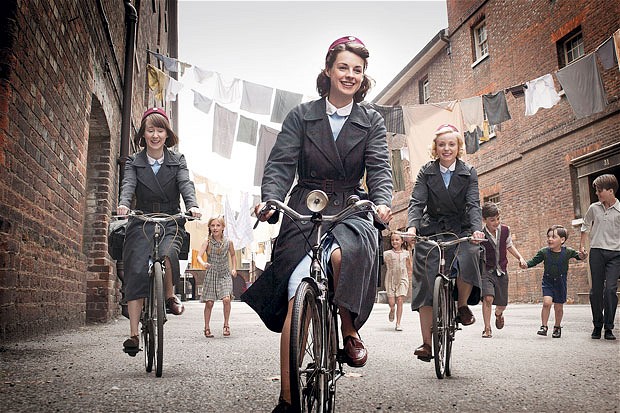 Leading female talent drawn from several generations of British stars – including Vanessa Redgrave, Pam Ferris, Jenny Agutter and Miranda Hart – will come together in the new year to tell of the joys and hardships of a group of midwives working in London's East End in the 50s. The drama will be the first to put childbirth, and its place in social history, at the heart of a television serial. 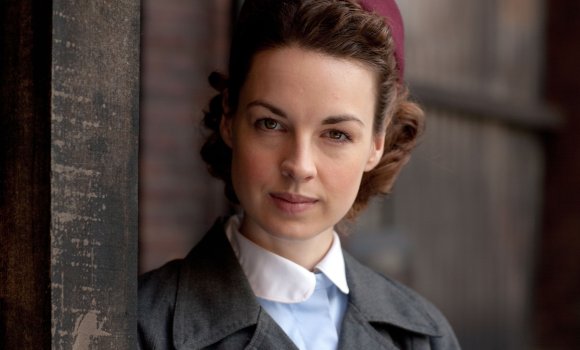 Newcomer Jessica Raine plays the role of the young Jenny, living with a community of nuns and nurses played by Jenny Agutter (The Railway Children, Spooks) as Sister Julienne, Pam Ferris (Little Dorrit, Darling Buds Of May) as Sister Evangelina, Miranda Hart (Miranda) as Chummy and Judy Parfitt (Little Dorrit, Girl With A Pearl Earring) as Sister Monica Joan. Helen George and Bryony Hannah will play Jenny's fellow young nurses living with her in the convent.


Midwifery is the very stuff of drama,” wrote Jennifer Worth. “Every child is conceived  either in love or lust, is born in pain, followed by joy or sometimes remorse. A midwife is in the thick of it, she sees it all.”
Based on the best-selling memoirs of Jennifer Worth, the real-life Jenny Lee, the drama plays tribute to her experiences as a young woman working in a deprived and, at times, dangerous area. 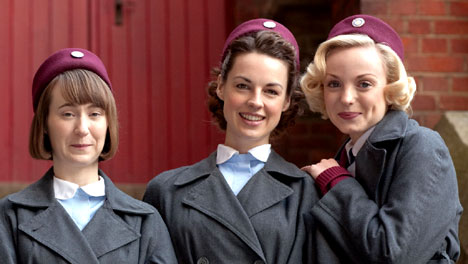 It packs a big punch right off the bat, and it doesn't shy away from the childbirth scenes and from showing certain things that some may find embarrassing.  It's nothing off the wall, nothing that will shock you but I think it's so well done in the sense that it drives home the point it's trying to make.

One episode is all I have watched so far and I am completely hooked.  So, because I always share with you what I'm watching and what I think, there you have it, my newest addiction.

It is a 6 part mini series and if the rest of the episodes are anything like the first, I think I'm going to absolutely love it. 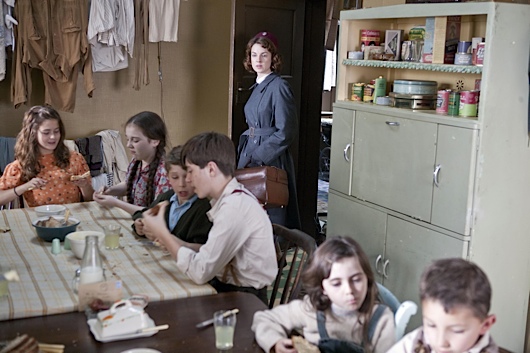 If you want to watch the first episode, click on the link below, and if you have any problems just let me know and I'll see about finding another link for you :)

As always, bear in mind that the opinions above are merely mine alone and that just because I may like something doesn't mean that everyone will, right?  This is just a suggestion for a new show :)
at 10:40 PM
Email ThisBlogThis!Share to TwitterShare to FacebookShare to Pinterest
Filed under: call the midwife