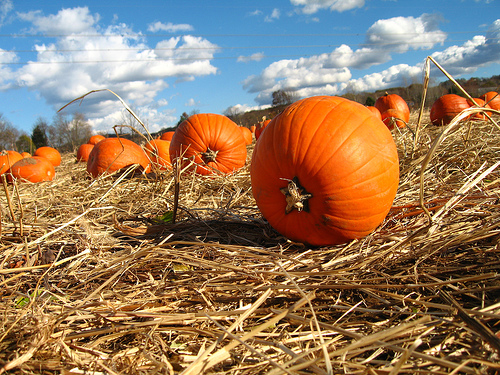 It's so hard to act like it's autumn when everything around me points to Summer.

Oh I've missed blogging, I feel like I'm on this constant rollercoaster going full speed with twists and turns and no way to get out, no matter how much I try.  I need to slow down, no really, I HAVE to slow down because I can feel myself running out of steam.

So I decided to just stop, ignore the extra things I throw into my life and just stick to the basics which really are just enough to keep me and my family content.

Like this picture below, do you know that I could happily live in that place?  Of course my husband thinks I'm crazy LOL   See, simple! 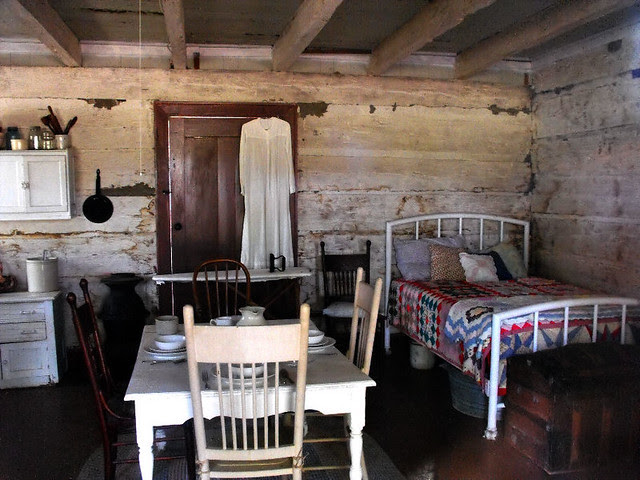 We're simple folk, we don't like elaborate things, we're pretty content just being us which on a given day could be anything from just hanging out doing our own things, being alone in our thoughts, or, doing something together like decorating the outside for the season.

You may think that's ridiculous, but really it's not, it's a way of spending time together, of having some good belly laughs, of catching up on our lives and what is going on, our thoughts and wants etc.

Our house is bursting with the anticipation of Halloween, there's costumes and decorations and graveyards outside and pumpkins inside and the scents of Fall wafting through the house.  It's pure joy for me, I am content.

So let's see, I have a few giveaways coming up on the blog, lots of goodies to giveaway so be sure to keep an eye out.  I have book reviews and cooking reviews and I'm super excited for one I'm doing next weekend, but I won't say much more on this, just know that I have some cute things to giveaway which would make great Christmas gifts.

But back to Halloween, I love this time of the year and I've been totally indulging in all the scary shows and movies on TV.  What about you, do you like a good scary movie?  And am I the only one who thinks that they just don't make scary movies like they used to?

Here's a list of spooky shows and movies you can catch on your TV's this month.

And with that I'm out, I have housework to catch up on and then I'm going to sit down with a big bowl of popcorn, close the curtains, make the house nice and dark and watch some scary stuff.
at 1:38 PM
Email ThisBlogThis!Share to TwitterShare to FacebookShare to Pinterest
Filed under: autumn