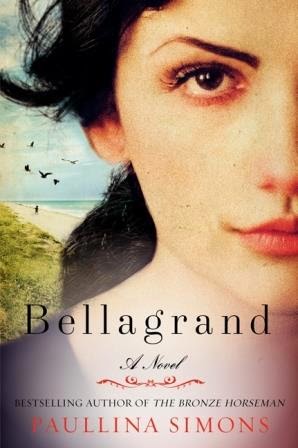 Love was just the beginning of their journey

Gina and Harry gave up everything to be together. But they both want different things—from their marriage, from life, from each other . . . and from the shifting world around them.

Gina, independent, compassionate, and strong, desperately wants a family. Harry, idealistic and fiercely political, wants to create a better world, a better country. At a crossroads and at cross-purposes, they pursue their opposing dreams at great cost to themselves and those near to them. Through years of passion and turmoil they rail, rage, and break each other’s hearts, only to come face-to-face with a stark final choice that will forever determine their destiny.

Their journey takes them through four decades and two continents, from extreme poverty to great wealth, from the wooden planks of the troubled immigrant town of Lawrence, Massachusetts, to the marble halls and secret doors of a mystical place called . . . Bellagrand.

Paullina Simons is the author of the acclaimed novels Tully, Red Leaves, Eleven Hours, and The Bronze Horseman. Born and raised in St. Petersburg, Russia, she graduated from Kansas University in Lawrence, Kansas, and has lived in Rome, London, and Dallas. She currently lives in New York City with her husband and half of her children.

To be completely honest, I wasn't quite sure if I was going to enjoy the book or not.  The cover was the first thing that caught my eye, as always, it seems to be the one thing that draws me into reading a book.

Not to say that I haven't been surprised in a good and bad way when just going by the covers alone.

The story is about Gina and Harry, though I do feel that Harry plays the bigger part, or maybe it's because I saw him as being the instigator in a lot of things that happened in their lives.

They are both head strong, independent and in love with each other.  Yes, because even through all the instances that had me wanting to reach through the book to strangle Harry, I still felt that he did love her.

Gina on the other hand is hopelessly devoted and in love with her husband, no matter how ridiculous and heartbreaking some of his choices are.  Selfish is the word that jumps out at me, he is so self absorbed and so worried about himself that he does things without a second thought as to the consequences or how it affects those he claims to love.  I found myself so irritated with Gina at times, just wanting her to speak up, stand up to him, say something, but that didn't really happen.

It's not a bad story, but usually when I get to the end of a book I know for sure whether I liked it or disliked it, and this one I'm completely on the fence.  I just plain don't know.

at 7:32 PM
Email ThisBlogThis!Share to TwitterShare to FacebookShare to Pinterest
Filed under: tlc book tours