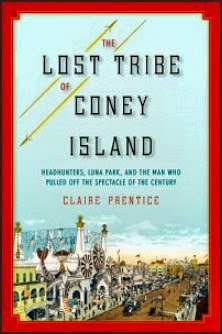 
Readers of Erik Larson will love this tale of sex, greed, and the American dream: A huckster imports a tribe of Filipinos to Coney Island’s Luna Park, and two cultures collide.

The Lost Tribe of Coney Island unearths the forgotten story of the Igorrotes, a group of “headhunting, dog-eating savages” from the Philippines, who were transported to New York in 1905 to appear as “human exhibits” alongside the freaks and curiosities at Coney Island’s Luna Park. Millions of fair-goers delighted in their tribal dances and rituals, near-nudity, tattoos, and stories of headhunting.

Journalist Claire Prentice, who has spent years researching the topic, brings the story to life with her fluid prose and vivid descriptions. The book boasts a colorful cast of characters, including the disgraced lieutenant turned huckster Truman K. Hunt; his Filipino interpreter, Julio Balinag; the theme park impresarios behind Luna Park, Fred Thompson and Elmer “Skip” Dundy; and Dogmena, a beautiful girl who became a favorite with New York’s social elite. The Lost Tribe of Coney Island is a fascinating social history and a tale of adventure, culture-clash, and the American dream. 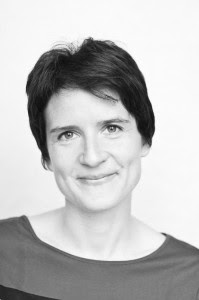 Claire Prentice is an award-winning journalist whose work has been published in The Washington Post, The Times of London, The Guardian, Sydney Morning Herald, BBC Online, Cosmopolitan, and Marie Claire. Connect with Claire on her blog, claireprentice.wordpress.com.

Wow was this a fascinating book to read.

I am usually someone who prefers fiction over non fiction, unless it is a book that really captivates my attention from the get go.  I was lucky in that not only did this book appeal to me when reading the summary but it managed to deliver exactly what it stated it would.

This book is filled with such interesting people, beginning with the main one who is Truman Hunt.  Such a sketchy character this one.  He brings over the Igorrotes from the Philippines and displays them at the Coney Island Luna Park alongside a myriad of freaks and curious other characters.  At first he may seem like a businessman just worried about providing entertainment to the carnival goers, but we quickly realize just how horrible this man really is.

On the other side, we have the tribe who are brought over thousands of miles away from their home, and put on display.  At first they seem willing to entertain, but things quickly turn sour when they start realizing just how mistaken they were and how they are being taken advantage of by Truman Hunt.  It's almost, or rather, it IS like they are prisoners held captive in a strange land.

These were men, women and even children who were brought over with the illusion that they would be paid a monthly wage, but also make money from any sale of items they would make.

This story was just so fascinating to me, it was a times frustrating wanting Truman Hunt to get caught and seeing him just get away by the skin of his teeth, moving the tribe from town to town and carnival to carnival, always seeming to elude the police.

He had this web of spies and cohorts and seemed to be one step ahead of everyone.

I am huge history fan and so glad that I got to review this book, not only was it a good story but it was also part of history and when you're able to find a book that combines those two so seamlessly, then you definitely have a hit on your hands.