{ Heartland - Why I love it, and why you should watch it } 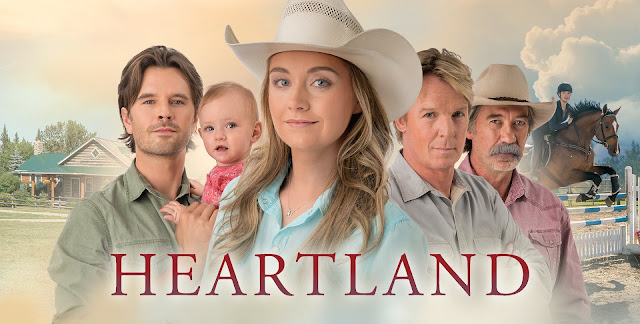 Since mentioning Heartland the other day, I've had quite a few of you say that you had never heard of it, or watched it and were quite interested.

I'm always happy to hear about a new show that is family oriented and that I am sure I will enjoy, so with that in mind I thought I would share with you what Heartland is about and why I think you should be watching.

When she show first started back in 2007, I watched religiously and loved every episode, but this was right around the time we had moved from Idaho to Arizona and we had a lot going on, so I watched the first season and then kind of let it slip and forgot about it.  Couple years later I watched the second and third seasons and then again forgot about.  I don't know why, I wish I had stuck with it because I couldn't think of a better family show on TV.

When I say it is a family show, I truly mean that, there are no sex scenes, the most you will get are kisses here and there and nothing heavy.  Sex is not even implied, you just assume it is happening in the married couple's lives but it's not thrown in your face and focused on AT.ALL.

So what exactly is Heartland about and where can you watch it?

First, you can catch pretty much all the seasons on Netflix, from Season 1 to Season 10.  Season 11 and the newest Season 12 is not yet added but you can watch those elsewhere online, either on Hulu or Amazon Prime, and I think it's on The CW too, but don't quote me on that as I don't have dish or cable TV so I am not 100% on that. 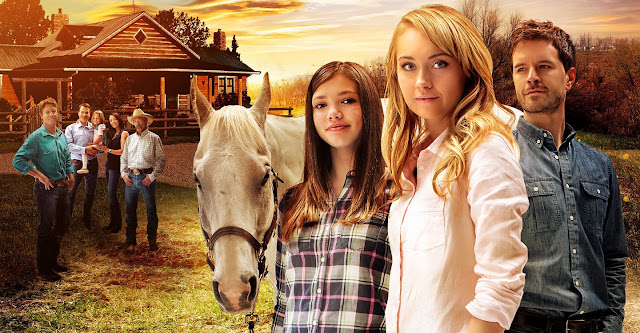 Heartland is a Canadian TV series and it centers around the Fleming Family and their ranch for distressed horses.  Amy is the younger sister and what they refer to as a horse whisperer, she helps horses and their owners through a myriad of issues, although Amy mainly helps horses who have been neglected or abused.  Lou is her older sister, a businesswoman in New York who is forced to return to the family ranch when their mother passes away.  At the center of the family is their grandfather Jack Bartlett.

The Heartland ranch has been in their family for generations and so they're determined to keep it going and keep it running even when faced with all sorts of adversity.

In comes Ty, the handsome young, bike rider with an attitude and currently on probation.  Amy and Lou's mother had signed paperwork taking on the responsibility of watching him while he worked for the family at the ranch but after she passes it is up to their grandfather to keep him on or send him packing.

Ty stays on and so begins a beautiful romance with Amy, but it's not like those nasty romances you see on TV with two youngsters in love and lust, sex scenes and ridiculous unrealistic issues.

One thing that I absolutely love about the show is that it deals with day to day life, with real family issues, it's not just focused on one specific character, but rather the family and their friends as a whole.

The setting is the breathtaking Canadian Rockies, the horses are gorgeous, the ranch itself is just so beautiful and the ranch house?????  There are no words. 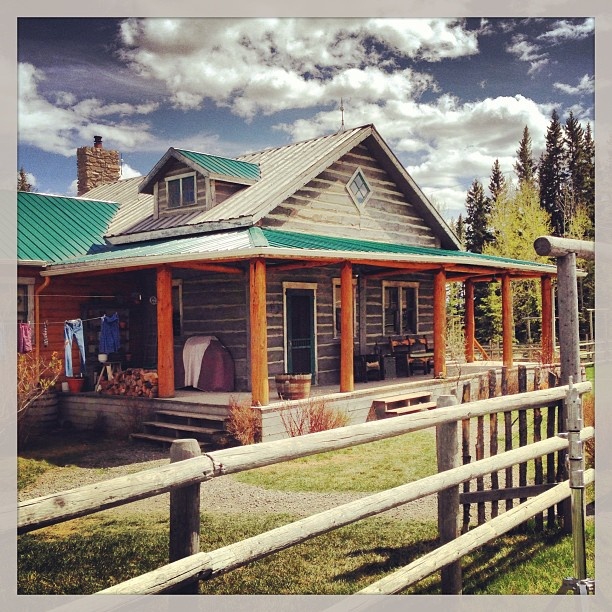 Living on a ranch has always been my dream, and I would love to be able to still accomplish that dream, somehow.  But when asked what kind of a ranch house I would like, I could never really respond with an idea.  Enter Heartland's Ranch House and I couldn't have picked a better one for myself, there is nothing I would change on it, not the outside, not the inside, everything about that ranch house is MY perfect home. 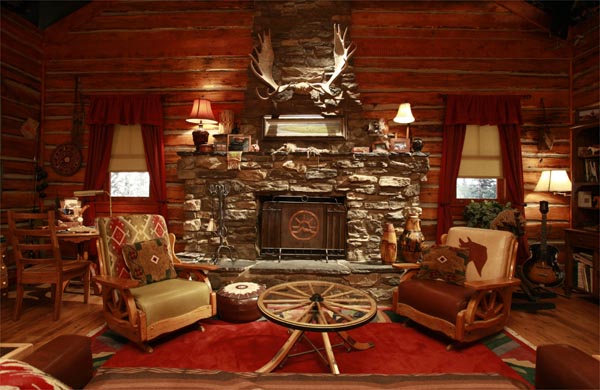 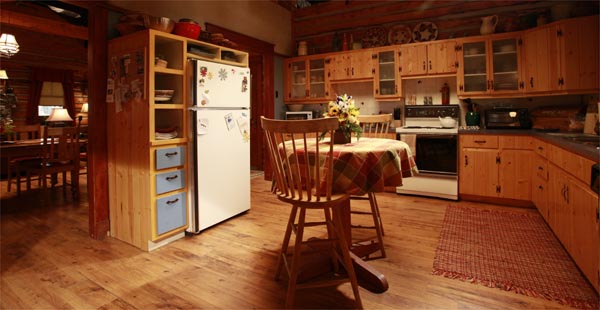 It is so me, everything about it.

There is also a Dude Ranch on the property which again, is so beautiful and so magical that I would give anything to spend even just one night in those cabins. 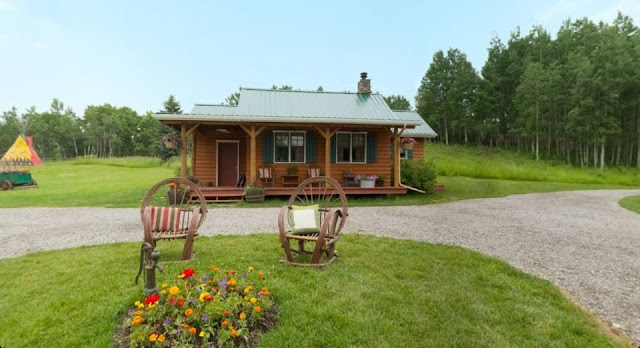 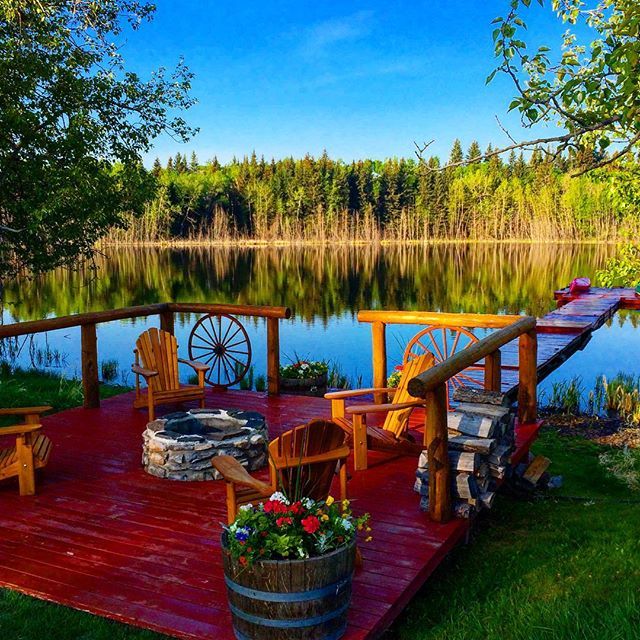 It's a show that captivates you from the very first episode, not only through the beautiful scenery and the majestic horses that Amy works with, but you have so much going on, this family's struggles keeping their ranch going with no money, the rodeo circuit, cattle ranching, relationships, marriages and divorces and births and deaths.

But one thing that above all that is my favorite, is that every single episode, the family gathers around the table for dinner, together, they talk, they share their day, they discuss problems or laugh or cry. 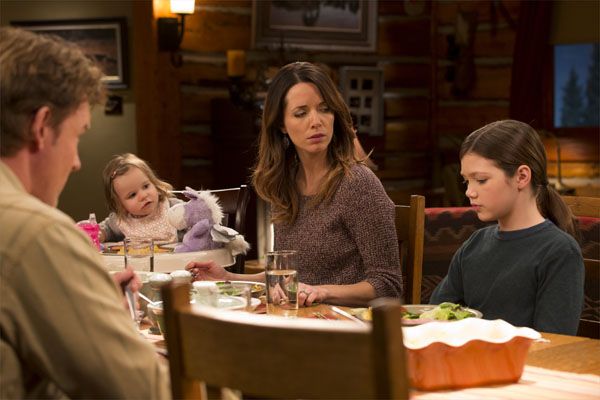 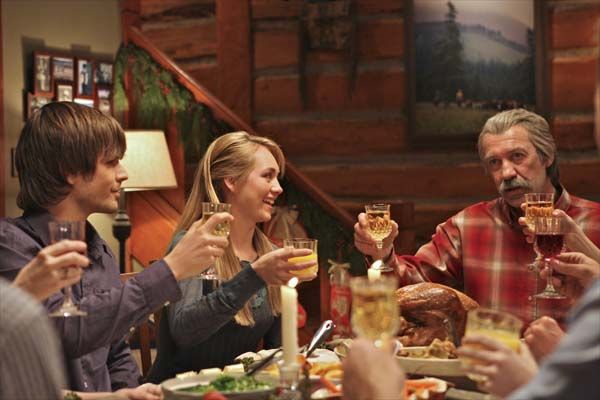 I think the reason it is one of my favorite parts of the episodes, is because I treasure those moments with my own family and over the years it is the ONE meal that is not allowed to be skipped by anyone, it is not changed, it is always family time at the table, together, talking about our day, how work and school went or what we did or want to share.

It is the one thing that I feel is often missing in so many homes, I know people who eat on TV trays in front of the television, or each take a plate of food to their bedrooms, never talking, never sharing a meal at the table, and I find it so important to do that.  For a TV show to focus so much on that single aspect is the sign of a true family oriented show that deserves all the praise it gets and more.

Now in case you didn't know, Heartland is actually based on a series of books by Lauren Brooke, and they're a little hard to find but I did find a website where you can purchase each individual book if you're interested.  It's called Thrift Books and it contains the Heartland Book series.

I think the books would be great reading material for younger kids and I only wish I had thought to purchase the set for my own kids. 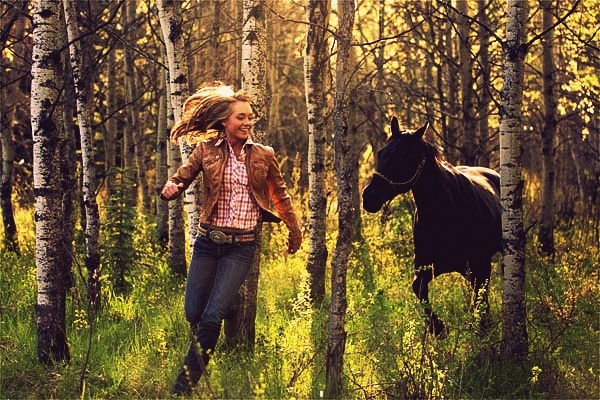 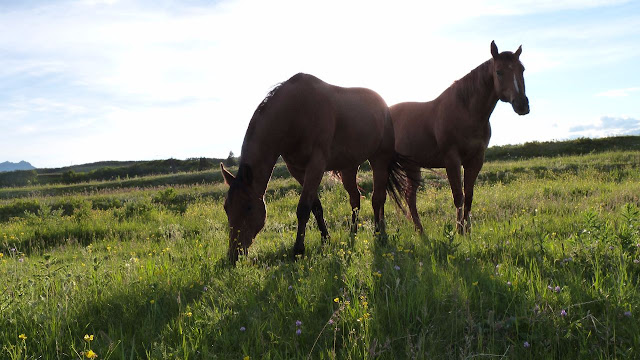 If you're looking for a show to watch with your whole family or even just the kids, this is it, honestly, you will love it.
at 10:18 AM
Email ThisBlogThis!Share to TwitterShare to FacebookShare to Pinterest
Filed under: heartland, horses, ranch, tv shows