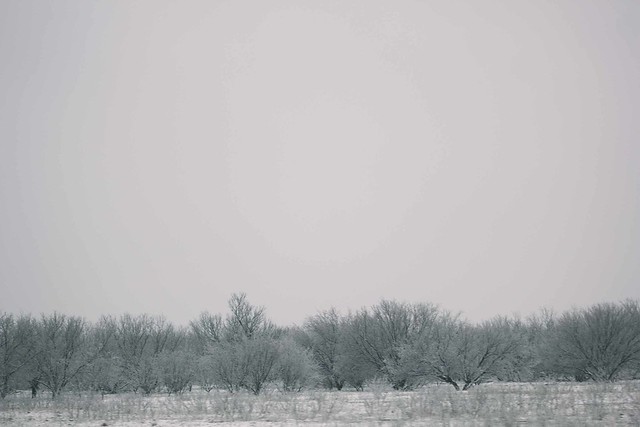 When we lived in Idaho, both when I first moved to the States, and then when Curt retired in 2013, snow and winter storms were nothing out of the ordinary.  We knew to expect it during the winter months, and we knew how to deal with them.

Since moving to Texas, snow has been a rare occurrence, and I can even go as far as telling you that since being here since 2015, it has snowed twice, and neither time were anything to write home about.  It was that snow that seems to be melting before it even touches the ground.

Earlier this week we started getting winter alerts on our weather apps.  I paid it no notice.

They said Wednesday night it would start coming down and would persist through Friday.  Still I ignored it.

Last night the temperatures dropped, and imagine my surprise when I woke up to this. 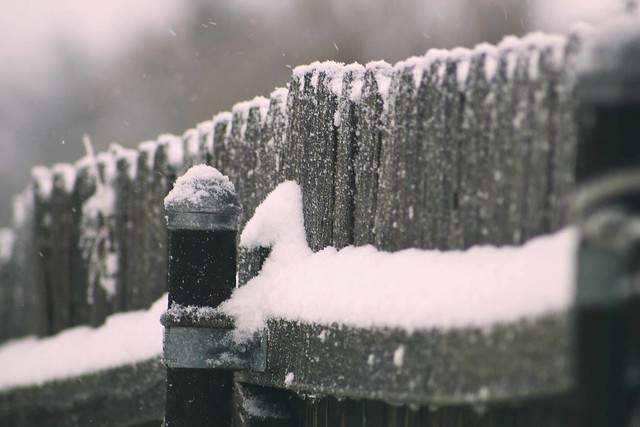 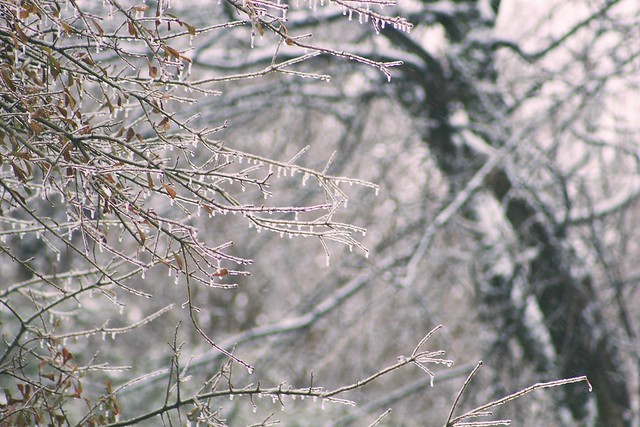 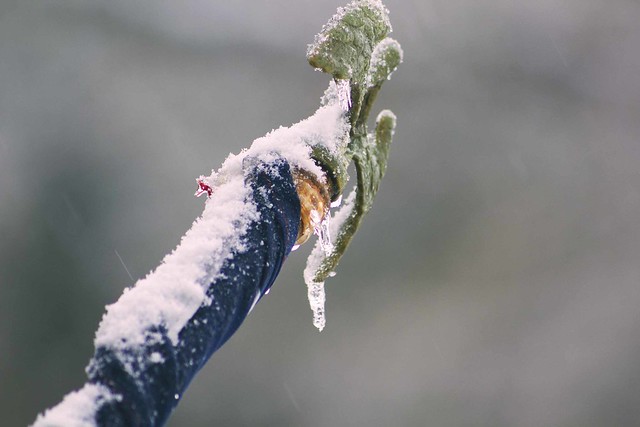 It not only came down overnight, it continued all day long, and it stuck.  I swear I felt like I was in Idaho.

I do love snow, I find that it is one of nature's most beautiful creations.  I could just sit and stare out the window, watching the snowflakes slowly make their way to the ground.

The downside of that beauty are the ice and slippery roads, which are not a good thing at all, especially if you have to be out in it. 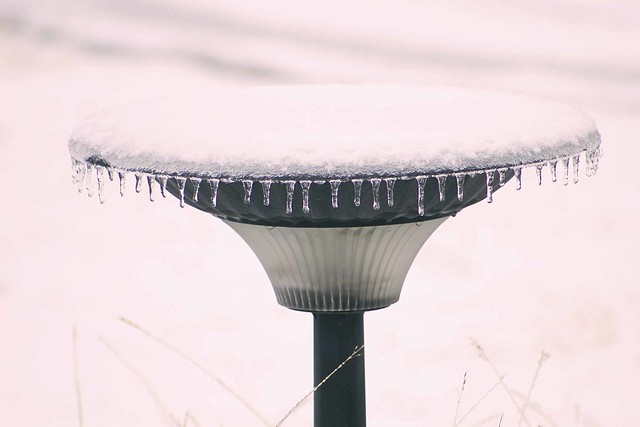 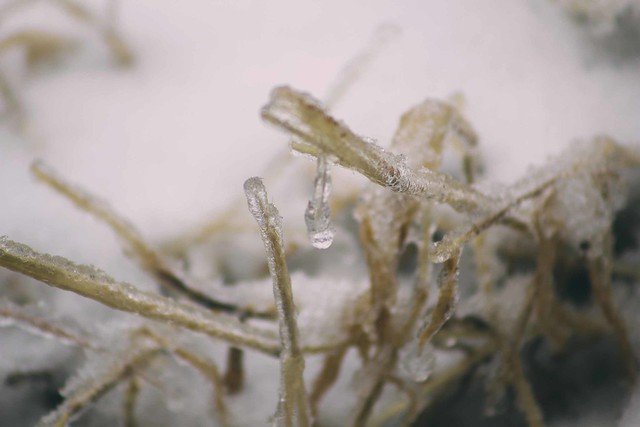 Our local base shut down and hubby was supposed to return to work today, but instead got an extra day at home.  Jasmine however had to go in to work, so Curt and I had made the trip as slowly and safely as we could. 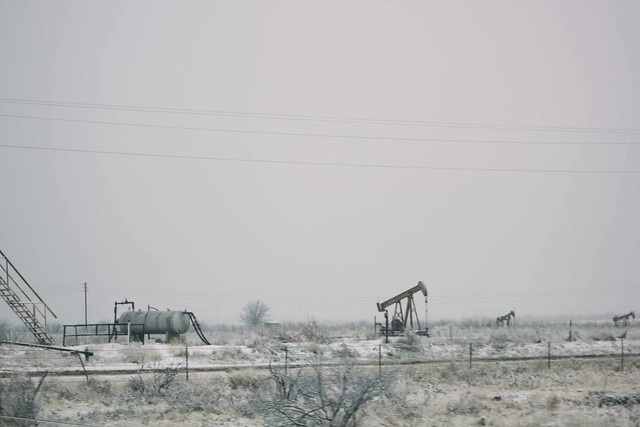 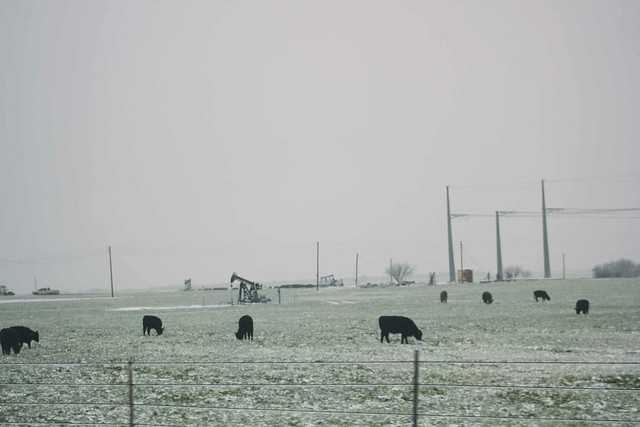 We saw two cars in ditches, which was not surprising as the roads were quite terrible to drive in.  Our big ol' truck slid a few times and we were going way below the speed limit.  I'm not sure how the weather is going to be in the morning, we are supposed to get some freezing rain overnight which could only mean icy slippery roads in the morning, and I think that may once again shut down the base and surrounding areas. 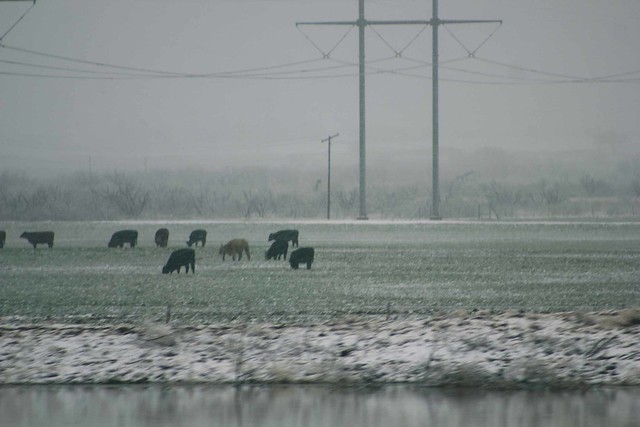 Jasmine is due to work tomorrow as well, so we will see how it all goes. 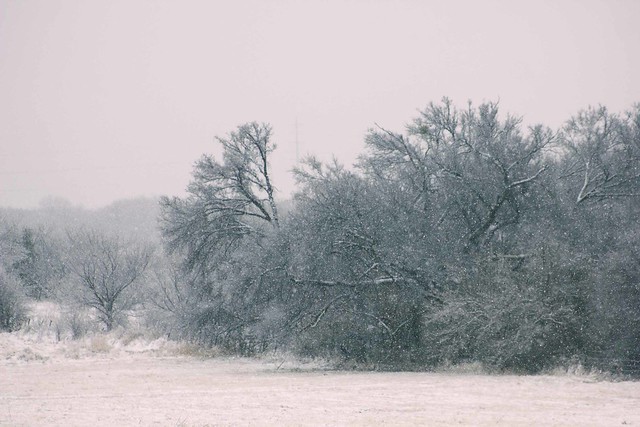 The rest of the day I spent with Nick, finishing off some school work for the end of the semester.  I'm pleased to say that it is completely done and we are now ready for the second and last semester which beings next week.  I can't believe that we are halfway through the school year already, my goodness.

It is now 8:20 and I am so tired that I'm in bed, under the covers and with my warm hot water bottle, as I'm dealing with some cramping and such.

Tomorrow since I actually have the day to myself, I am planning on making something and I'll share with you what it is.  I'm sure most of you will recognize it and probably already have one yourself, but it's still a fun project to do and I am looking forward to it.

Right, I am off to watch a bit of telly before turning in for the night.
at 8:23 PM
Email ThisBlogThis!Share to TwitterShare to FacebookShare to Pinterest
Filed under: cold, snow, winter