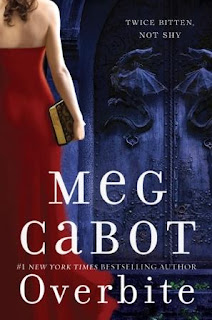 Meena Harper has bitten off more than she can chew . . .
Meena has a special gift, but only now does anyone appreciate it. Her ability to predict how everyone she meets will die has impressed the Palatine Guard—a powerful secret demon-hunting unit of the Vatican—and they’ve hired her to work at their new branch in Lower Manhattan. Sure, Meena’s ex-boyfriend was Lucien Antonescu, son of Dracula. But that was before he (and their relationship) went up in flames, and now she’s sworn off vampires for good—even though she firmly believes that just because they’ve lost their souls, it doesn’t mean they can’t love.
Convincing her new partner, über-demon-hunter Alaric Wulf, that vampires can be redeemed won’t be easy . . . especially when a deadly new threat arises, endangering not only the Palatine, but Meena’s friends and family as well. As she unravels the truth, Meena will find her loyalties tested, her true feelings laid bare . . . and temptations she never even imagined before nearly impossible to resist.
********************************
If you like paranormal/suspense/romance/action etc, this is certainly one book that delivers that and much more.
This book follows the first one called Insatiable, so if you've read that one you are well aware of who the characters are and what their backgrounds consist of, if not, then no worries because it can still be a stand alone novel.
I hadn't read the first one and I didn't feel lost in the least, matter of fact, I really enjoyed it.  It's one of those books that grabs you from the first few pages and doesn't let go until the very end, it almost feels like you're thrown into a roller coaster and then dumped back on land left to your own devices.
Meena is a demon slayer/psychic, or at least that's what I got from it.  She is tasked with telling people of their impending deaths.  Throw in some vampires, the New Jersey Devil and a bunch of twists and turns and this book made for a very interesting read.  I think I'll look up the first book Insatiable, and read that one too, I could easily become a fan of Meg Cabot.
If you're into paranormal mysteries, this one should be added to your reading pile :)

Thank you to TLC Book Tours for providing me with a review copy. If you want to check out the rest of the tour, here are the next stops: