Hello everyone, welcome to another Story Time Friday.  I'm happy to be back with yet another story from my childhood.

Last week I told you about Portugal and arriving in Portugal at a very early age, what I didn't tell you and actually should have done before, was talk about Zimbabwe, previously known as Rhodesia.

My grandparents and great-grandma lived in Zimbabwe for quite a few years.  They absolutely loved it and when we stayed with them for a while, we did too.

I have such fond memories of that beautiful African country.  It's not really a place often spoken about, matter of fact I think it's much like Mozambique where many people haven't even heard of the country before. 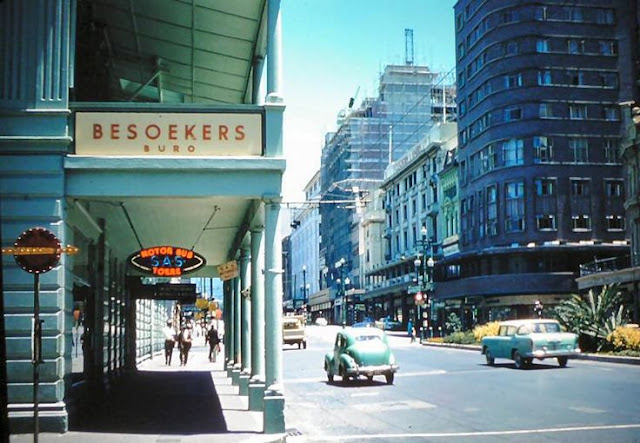 We stayed in Salisbury, Rhodesia.  One of the most beautiful cities I have ever seen.  Mind you I was pretty young at the time but there are memories that are so deeply ingrained in my mind, that I will never forget. 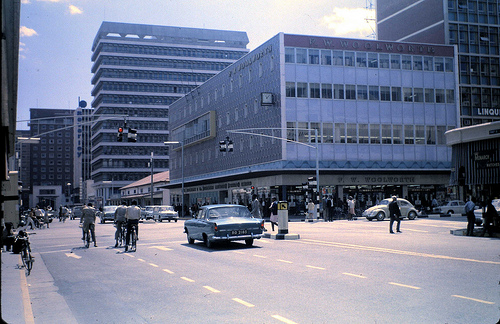 I don't recall too much of what we did there, or the places we went to, but one of those memories that I have are from the stunning Jacaranda trees that lined most of the streets.

And that's basically how I've remembered Zimbabwe over the years, the country with the deepest brightest purple trees. 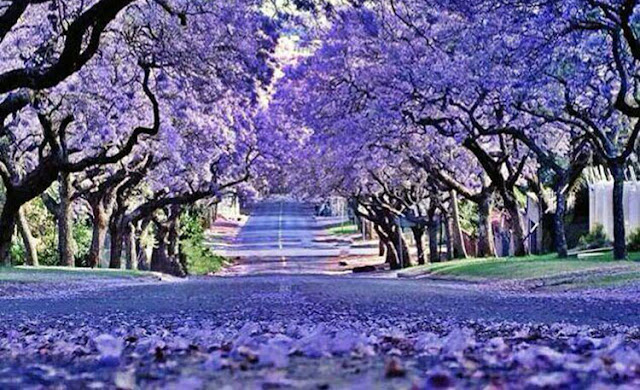 Another memory I have is of my grandfather.

His name was Julio, and he was one of my favorite people on earth.  He was just this funny, sweet, loving family man who did anything for his grandchildren.  But he also was a jokester and loved playing pranks on us. He had this thing where he told my brothers and I about this monster who had the body of a man but the head of a bull.  And I used to be so scared of it.  So when he wanted us to stay inside or come in from playing outside and we weren't listening, he would tell us that the Bull Headed Man was watching us and we needed to come in.  He didn't have to tell me twice, I ran for my life anytime he said that.

I still remember one night sitting at the kitchen window with him, he was holding me up to look outside, and my two older brothers were standing at the counter also looking out.  My grandparents had a backyard that was surrounded by a stone fence and beyond that was just land.  He would tell us that the bull head liked sitting on that fence and watching us to make sure we were being good.

I couldn't see anything, obviously because he wasn't real, but I did try my best to look and look in the hopes that I would one day see this elusive mean monster.  Hahahah

Some may say that what my grandfather did was mean, but I don't think it was, it was just a way to play with us, but also keeps us in check.  On the one hand he would mention the monster, but then he would also be the type to walk into the kitchen at midnight, on a weekend, and bake a cake for the grandchildren just because we said we wanted some cake.  I will never forget that :)

I really do wish that I had more memory of the time we spent in Zimbabwe, but unfortunately I don't, I was far too young to recall anything more.  As a child though, certain moments in time have the power to change you forever, and I know that those moments I spent there definitely left a mark on my heart.
at 12:35 PM
Email ThisBlogThis!Share to TwitterShare to FacebookShare to Pinterest
Filed under: story time friday