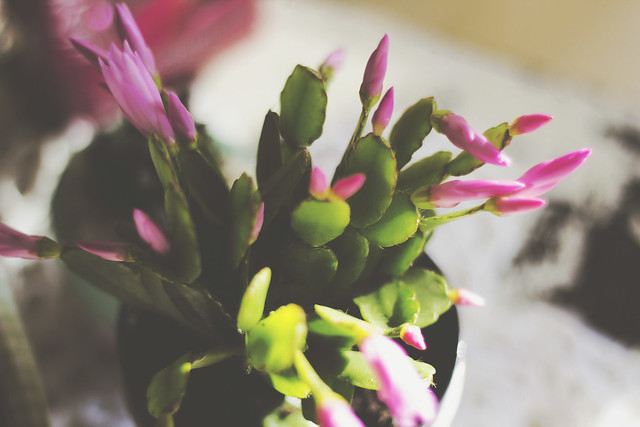 Goodness, it's been a few days since I've done an actual chatty post, I did put up two book reviews and I know some of you enjoy those, but I also know that not all do.

It's been a bit of a.....how can I say it?  Not too busy or insane, but just a bit off I guess.  This whole ear issue has been slow going and it's made me have some down days of not wanting or feeling like doing anything.

So what about that title???

Well, that's where we are at the moment.  So I went back to the doctor on Tuesday afternoon, my ear still didn't feel right, I still have some static/buzzing/ringing going on, feeling a bit dizzy at times and that feeling of the ear needing to pop but not being able to.

The doctor had a look in my ear, and good news is the fluid is all gone, it's pretty clear in there.....but....and there's always a but with me isn't there?  LOL

Because of the amount of fluid, the swelling, the pressure being off in the middle ear and all that nonsense, my eardrum is now slightly retracted.  That all explains the symptoms I'm still having and the onset of dizziness once in a while, almost like vertigo due to the retracted eardrum.

It's not serious, it will sort itself out with time, but the doctor has instructed me to use my allergy nasal spray in the morning, and then at night do the Flonase which is more of a steroid spray and that will reduce the swelling and get everything back to normal.

She did put in a referral to an ENT which she wants me to see in about a month just to focus on the sinus/ear issues which are exacerbated by the allergies.  She also recommended Allergy Therapy.   So we will see what happens.

For the moment, it's only been two days of the sprays and she said it will sometimes take a few weeks for the eardrum to fix itself. 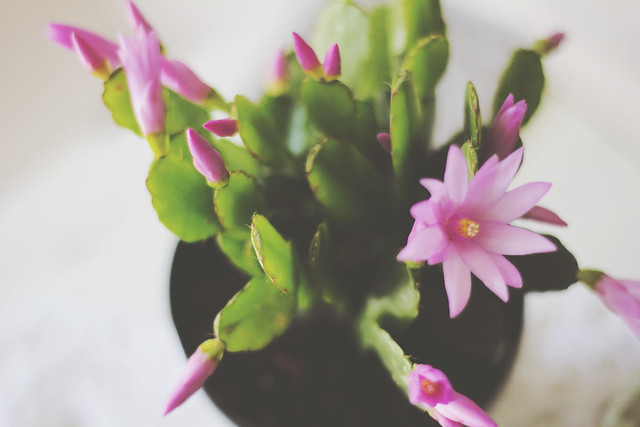 This ear issue has consumed a lot of my time, due to different reasons, whether it be doctor appointments, or feeling unwell and needing to lay down etc.

But I've not let it interfere with my housework and have actually found homemaking a much needed reprieve.

So let me show you just a few shots of what my past week has consisted of.

As you can see above, my cactus is now flowering, isn't it beautiful?

My plants in general are doing amazing, and that may just be due to the fact that I've been a lot more attentive to their needs and providing them water and the amount of sunshine they need, so forth. 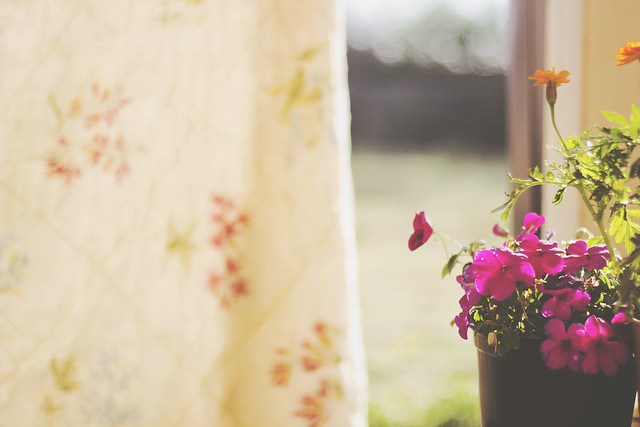 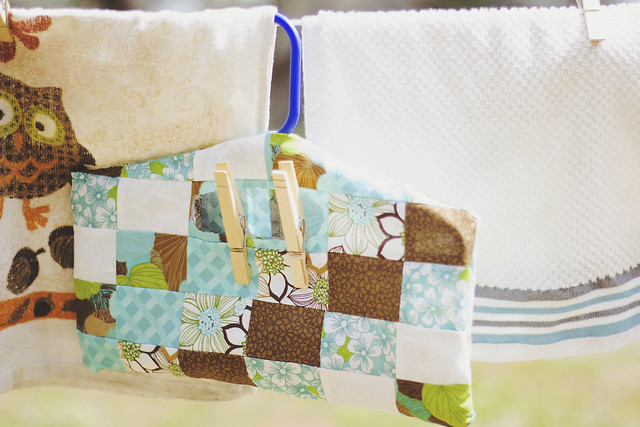 My clothesline has been getting a lot of use with the warmer temperatures, and with that being the case, I whipped up a super quick clothes peg bag to facilitate things.  There's nothing more annoying than trying to gather clothes from the line with a handful of pegs, dropping either clothes or pegs to the ground and so on.
This way my bag is full, I just pop it on the line and move it down with me as I go, reaching in to grab a few pegs as needed. 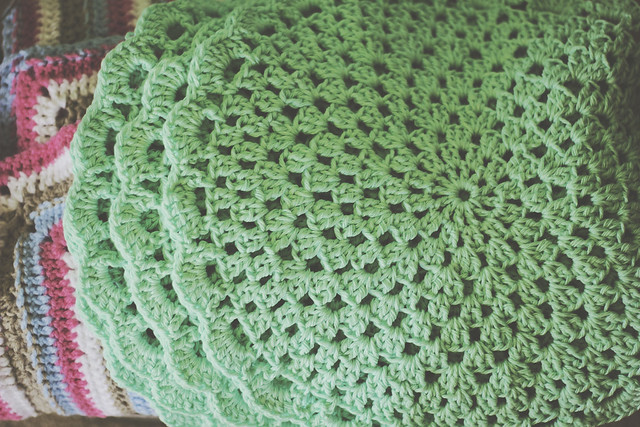 I've also used this past week to work on some crochet placemats.  I'm loving making these and I'm going to be selling them as well, to anyone that is interested.

The first set of 4 I made are in this gorgeous cotton aqua/mint green color. 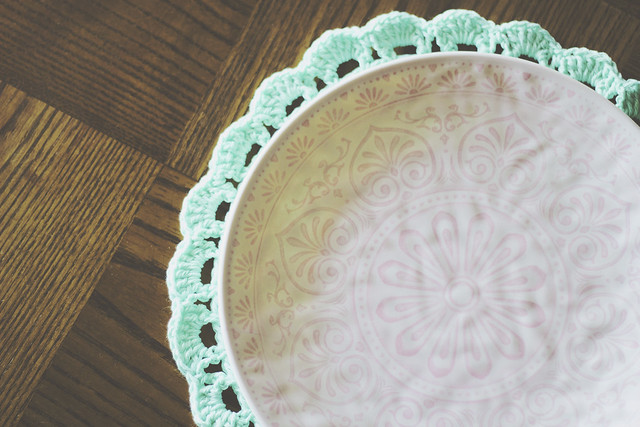 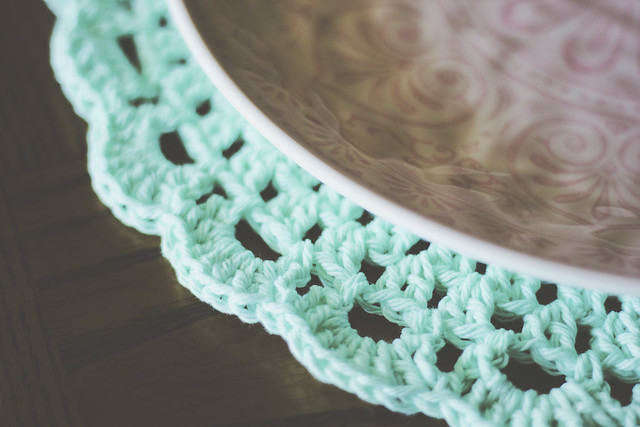 I just love the way they look, and I'm imagining a whole table set with pretty placemats.

I've made a few for myself using leftover cotton scraps that I had laying around, but I will be purchasing more cotton yarn this weekend and working on a few more sets.  So if it's something you're interested in, keep an eye out because I'll be selling these very soon. 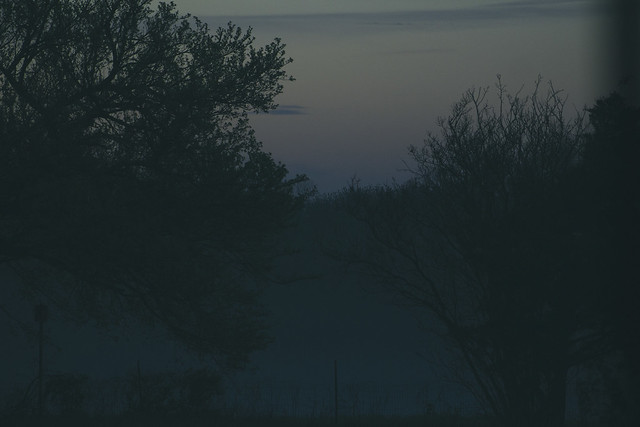 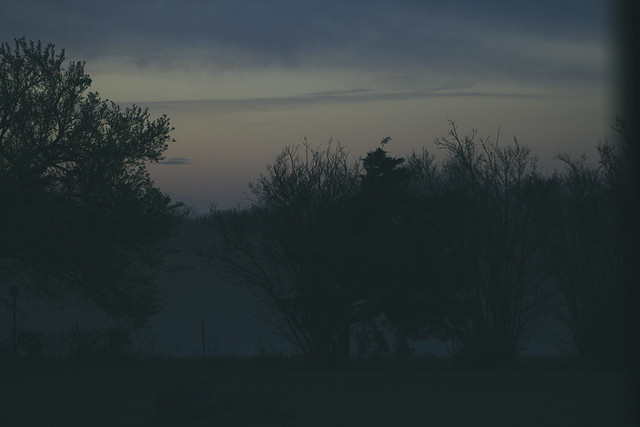 Along with our beautiful spring temperatures in the afternoons, we also have cooler mornings, which means a blanket of fog when we get up. 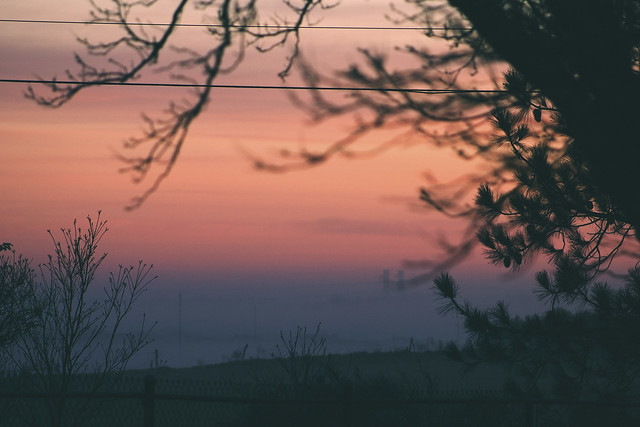 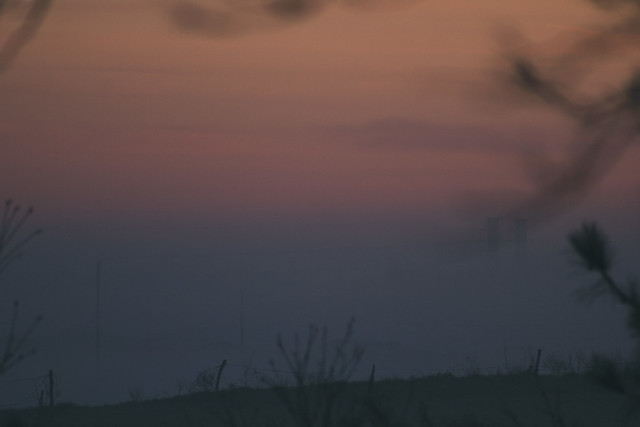 It usually dissipates by 8am, but it sure makes for some pretty photos doesn't? 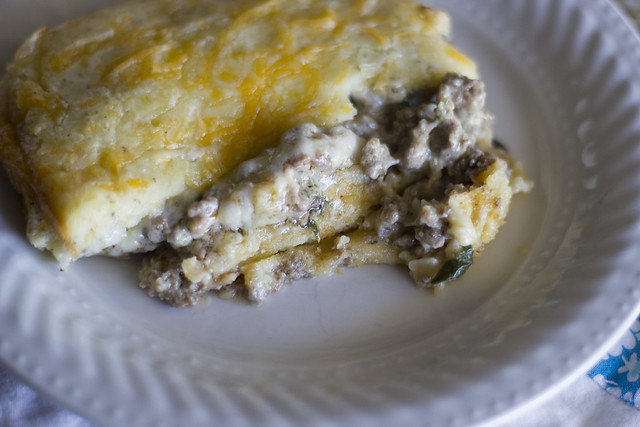 Food has been a hot topic this week.  I've jumped right into cooking mode and have been whipping up some yummy meals along with some naughty sweet treats as well.

Last night I made a quick Blender Pie for dinner.  I had a pound of ground beef to use and not really sure what to make with it as I didn't feel like having what was on the menu.

I did leave the recipe for the batter on Instagram, you can check it out there, but I will be adding it to the food blog as well soon.  Again, I apologize, I just haven't felt up to editing and posting and compiling recipes for the blog, so it's fallen a bit to the backburner.

Anyway, I really just wanted to come in and say hi and give you an update on what is going on around here in my little corner of the world.  I need to make my bed real quick, curl my hair (it needs washing and I'll do it tonight, but curling makes it last a little longer....just keeping it real folks), and then I have to take Jasmine to work and go grocery shopping real quick, come home and pack it away and head back out to pick her up.

Her schedule today is a bit weird, she only works 4 hours, but then tomorrow she will be in for 10 and a half hours.  Crazy!!!

I think I might head to Aldis for groceries and then just pop by the commissary for meats or anything that I didn't find at Aldis.

I hope you all have a blessed Friday.  I'll be back tomorrow with my grocery haul and the new menu plan :)
at 8:59 AM
Email ThisBlogThis!Share to TwitterShare to FacebookShare to Pinterest
Filed under: ear issues, food, homemaking, update