And we've come to an end with our prayers.  I know that it hasn't been easy for many of us, there have been some struggles and some bumps along the way, but I think we're all the better for doing this :)

So here is a link to a downloadable PDF file, 31 Days of Prayer for my Husband,  with all the prayers so that you can use it again in the future.

Thank you all for joining in, I'm hoping that the lack of comments during these posts doesn't in any way reflect the participation, hoping many of you were just praying offline :) 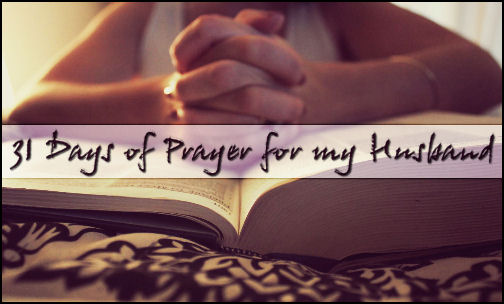 13 No temptation[a] has overtaken you except what is common to mankind. And God is faithful; he will not let you be tempted[b] beyond what you can bear. But when you are tempted,[c] he will also provide a way out so that you can endure it.

17 Anyone who chooses to do the will of God will find out whether my teaching comes from God or whether I speak on my own. 18 Whoever speaks on their own does so to gain personal glory, but he who seeks the glory of the one who sent him is a man of truth; there is nothing false about him.

23 Whatever you do, work at it with all your heart, as working for the Lord, not for human masters, 24 since you know that you will receive an inheritance from the Lord as a reward. It is the Lord Christ you are serving.

Day 31
Pray that your husband will recognize the lies of the Enemy in his life. Pray that his attitudes and actions will be guided by the truth as he brings his thoughts into captivity to the Word of God. (John 8:44; 2 Cor. 10:4-5)

44Ye are of your father the devil, and the lusts of your father ye will do. He was a murderer from the beginning, and abode not in the truth, because there is no truth in him. When he speaketh a lie, he speaketh of his own: for he is a liar, and the father of it.

4(For the weapons of our warfare are not carnal, but mighty through God to the pulling down of strong holds;)
5Casting down imaginations, and every high thing that exalteth itself against the knowledge of God, and bringing into captivity every thought to the obedience of Christ;

at 8:02 AM
Email ThisBlogThis!Share to TwitterShare to FacebookShare to Pinterest
Filed under: 31 days of prayer for my husband 2011 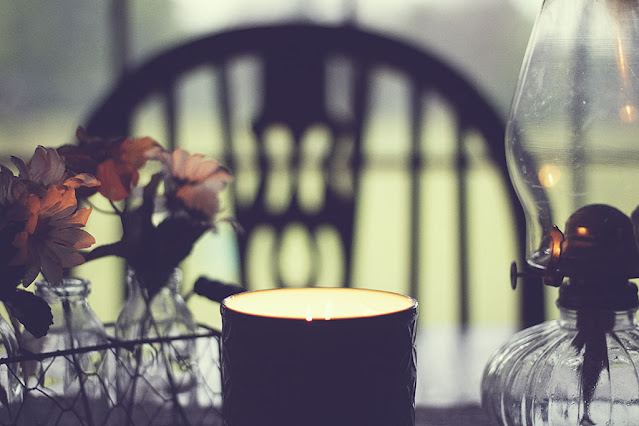