Good evening friends, won't you come in and sit with me a little.

It's been a pretty good weekend so far, and even though tomorrow is a public holiday and there is no school, and no work, I still decided to treat it as a normal blogging day and just go ahead and do my weekend review today. 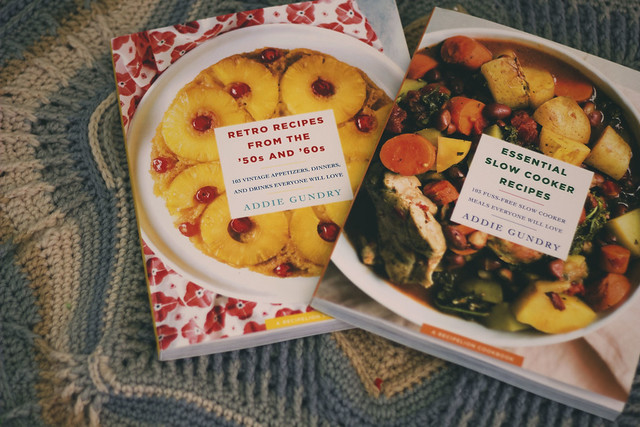 I received a few more cookbooks in the mail, and there are a few recipes from these that I've added to my menu plan and will be trying out in the next two weeks.  I still have two other cookbooks I will be reviewing as well this coming week.

I have to admit that the one that really caught my eye was the Retro recipes from the 50's and 60's and I can tell you that after paging through it, I wasn't disappointed at all.

I didn't do much on Friday, aside from the usual housework.

My daughter had gone in to work with her daddy, to shadow him and see if it was something she would enjoy.  She's trying to figure out which way to go with her education and is not sure, so it was a good way for her to see another option.

That and the fact that she got to sit and watch her dad teach, see into his world and gain a bit more insight into her dad.  She loved it and messaged me a couple times with photos and some videos of her dad teaching.  She has a new found respect for him and it's done wonders for their relationship, which had been extremely rocky for a few years.  I don't want to point fingers, but one of the biggest issues between them was the influence from her boyfriend, and since that's ended, she's completely changed back into the daughter we knew and raised. 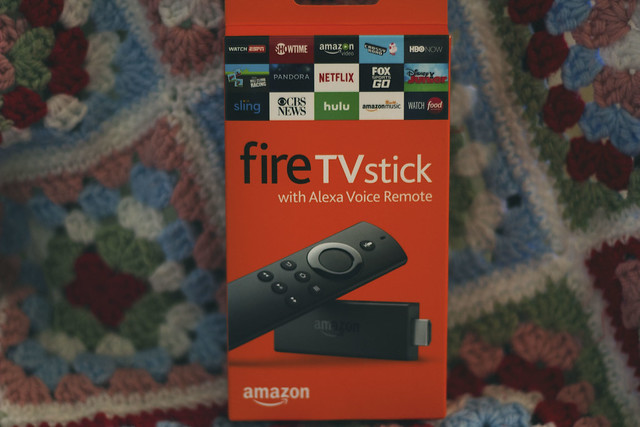 Later in the afternoon, I had a nice visit from the UPS truck who delivered the package I was expecting....my Fire TVstick.  So excited when it came in.  I didn't get a chance to try it out until bedtime though when I finally climbed into my warm bed. 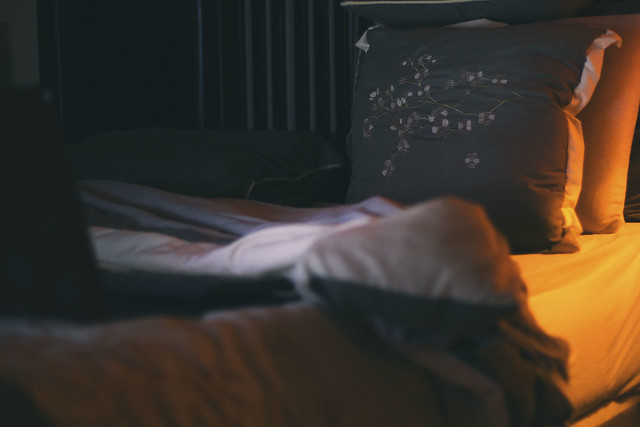 It didn't take long to set up, and it did come with the voice remote which I love, cause I usually watch TV in the dark and sometimes struggle to find the buttons on the remote LOL

Now I know this is nothing exciting, I'm sure most of you already have a Fire TVstick, but it's something I'm quite happy about. 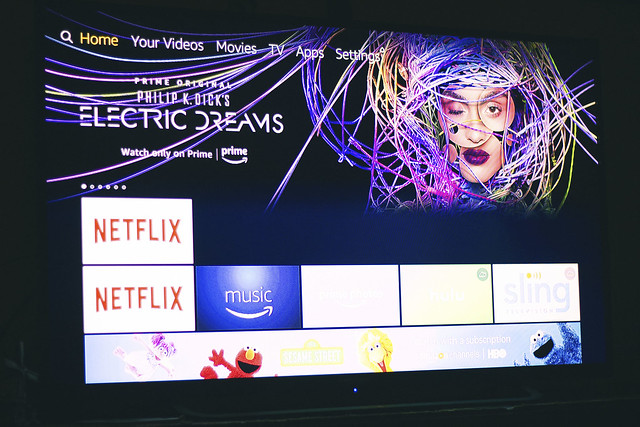 The day started with a trip to the base commissary for some groceries.  I enjoy going first thing in the morning, it's usually quiet, I can shop in peace and not feel rushed and I also have the rest of the day freed up for anything else I have to do.

Came home and got the groceries put away, then my hubby, son and I, went to one of our local thrift stores to look around.  My son has been looking for a new dresser for his bedroom.  We didn't find anything and so came back home, and since it was lunch time, I made a quick Corned Beef Hash which is one of our favorite easy, quick go-to lunches, on the weekend.

After lunch and the dishes were done, I started my laundry and did a bit of picking up around the house, and that's really how the rest of my Saturday went.

I did go to bed quite early, which is pretty funny considering it was a weekend night and most people go out and have fun, but what can I say, I prefer staying home and as I've gotten older, sleeping is one of the things I most enjoy doing.

Another morning of laundry and homemaking, then we ran to Walmart for some dog food, some Draino for one of the bathrooms and my Nicholas still had a few gift cards he wanted to use. 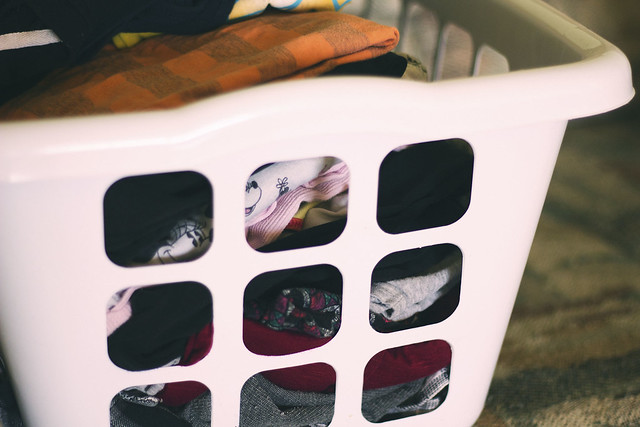 By the way, I don't think I've mentioned before, but I use the Walmart app to scan in all my receipts, and what it does is scan the circulars from competitors in the area, and then if it finds a store with an item cheaper than what you bought, it will refund you the difference.

It's a great way to catch all the savings, and it does add up pretty fast throughout the year, so I try to keep all my receipts and will usually quickly do it before I even leave the parking lot.

After Walmart, we went out to eat at a Chinese Buffet that is pretty cheap and serves really tasty food.  We ate far too much and even had a pretty funny thing happen.

Jasmine had gone to get a few of the desserts and brought back a plate which included some fruit as well.  As she is eating, she says "what is this fruit?", and points to something on her plate.

My husband "that's cantaloupe".
Jasmine "well, I don't like it, it tastes like feet".
Me immediately laughing "that's not cantaloupe, that's Papaya".  Hahahahah

I found it hilarious because I have vivid memories of my childhood.  My stepmother loves Papaya and would buy it often, the minute she would start slicing it up, my brothers and I would leave the room because we also used to say that it smelled like feet.  I will never forget the smell and taste of that fruit and have never eaten since then. 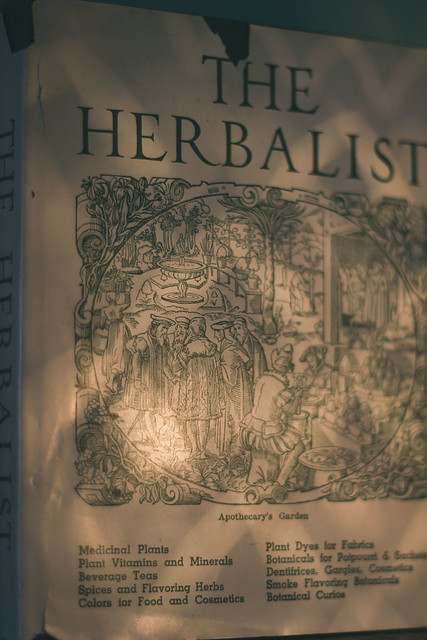 I've also been binge watching Versailles and am finally completely caught up.  It is such a good show and I'm really hoping that I don't have to wait too long for Season 3 to come out.

One of the things that fascinates me with the show, is the old use of herbs to treat all sorts of ailments and conditions, and not to mention the fact that they were using so many herbs to poison each other.  It's quite scary to think that a concoction of a few herbs, can be so deadly. 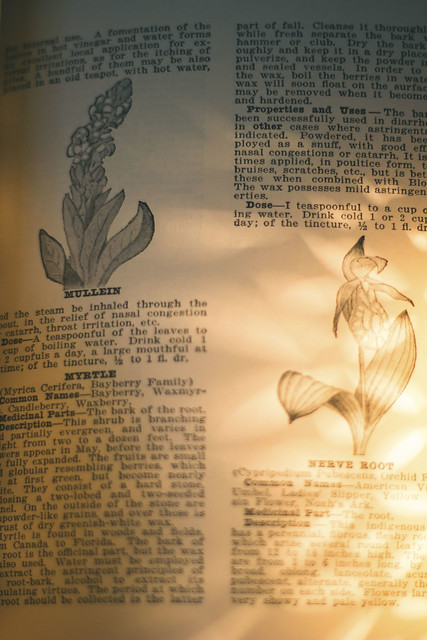 I remembered that I have this amazing book, that I bought in Arizona, one of the years that we were at the Renaissance Faire.

It's all about herbs, has tons of pictures to help you identify them and descriptions, uses, what it's good for, what it's bad for and even some recipes.

To be honest, I would love to grow a variety of herbs and try to use those instead of normal medicine, which I always think can be so much worse for you than the ailment itself.

I'll enjoy looking through this book and learning all I can.

Well my friends, I am going to grab the last load of laundry out of the dryer, fold it real quick and put it away, then I'll try to find the next show to watch.  Not sure what it will be, but pretty certain I'll find something good from my ever growing list of shows to watch.

I hope your weekend has been good so far.  I'll be back in the morning with another Happy Homemaker Monday :)
at 6:44 PM
Email ThisBlogThis!Share to TwitterShare to FacebookShare to Pinterest
Filed under: weekend in review