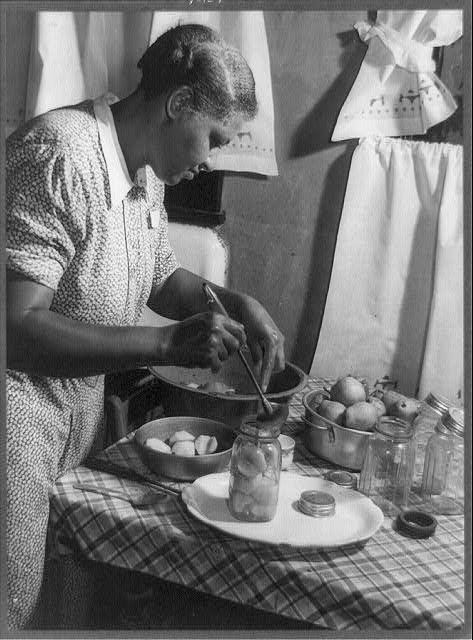 Source
Every summer, I head to the Farmer's Market and purchase fruit and vegetables for cheap, then bring it home and start my canning process.

I'm by no means an expert, I can a few things, I try a few things, but I am nothing like those pictures you see of kitchen counters filled with produce and canning jars.  I wish I was, and maybe one day I will be, but for now, I'm quite content with the little canning I do.

It got me wondering about the earliest methods of canning.  Who started it, where did it start, what kinds of food were canned? 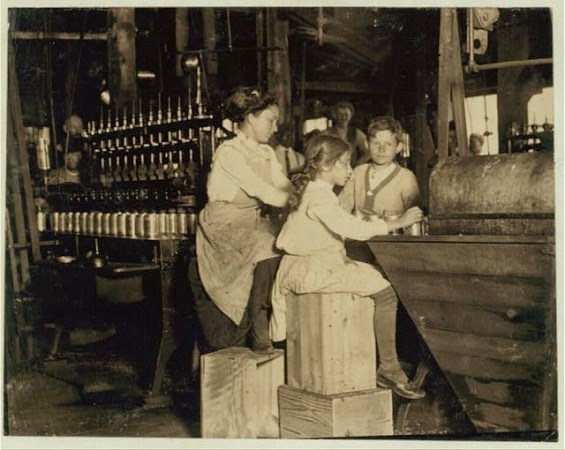 All questions that have floated around my mind for a long time.  Recently I took the internet in search of answers, and also because I love history and love learning about things in the old days.

I thought I would share with you some of the photos I found and some of the interesting facts about food preservation.  After all, quite a few of us take on this canning task. 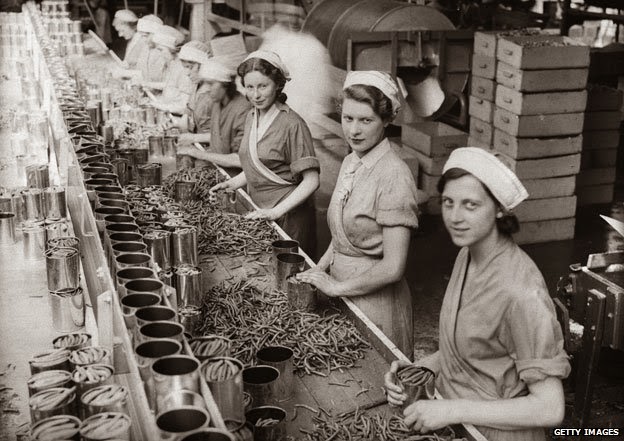 Source
Did you know that the canning process actually dates back to the late 18th century?  Napoleon Bonaparte offered a cash prize to anyone who could figure out how to preserve food, so that he could feed his armies.

A man named Nicholas Appert came up with the idea, thinking that if you could preserve wine in bottles, why not food.  So he experimented for 15 years and finally figured out that if food is heated in glass jars, then it won't spoil.

And so canning began.

Later, an English Man called Peter Durand, took it a step forward and figured out how to preserve food in tin cans.

The demand for preserving food primarily started as a means to feed armies. 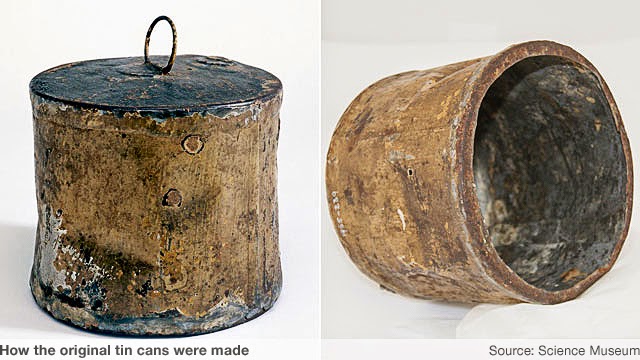 Source
In 1858 when a New York tinsmith, John L. Mason, invented a glass jar that had a threaded lip and reusable metal lid. The Mason jar was born, and it revolutionized food preservation in America and Europe.

Some of the first home canned foods were tomatoes, and at that time, most home canners used what was called the “open kettle method,”.  Boiling jam or brine would be poured over the hot, sterilized jar until it almost overflowed. This was meant to kill any bacteria, both on the inside and the lip of the jar as well. 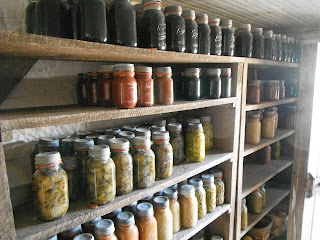 Source
By the 60's and 70's though, the home canning revolution began slowing down due to the availability of canned and prepackaged food in stores.

Thankfully within the last few years, it seems to have taken off again and I'm only too happy to jump on that bandwagon. 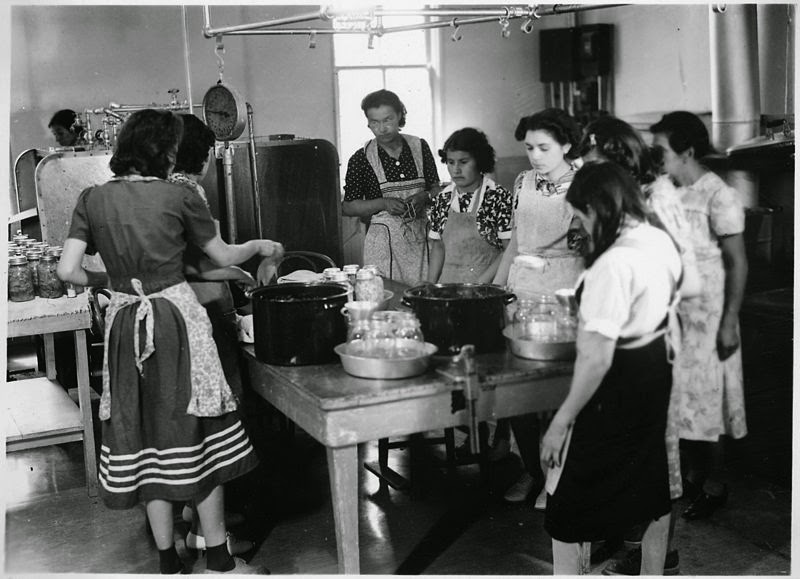 Source
I don't now about you, but canning for me is not just a fun activity, it's also a means of always having that special treat, or quick side dish, or hearty tomato sauce in the pantry.  It does help with meal preparation, and even better, when the winter rolls in and you find yourself craving something that only grows in the summer, you know you can turn to your canned goods. 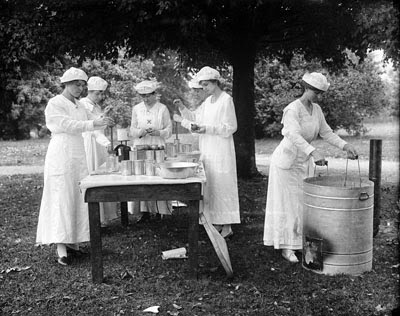 at 12:39 PM
Email ThisBlogThis!Share to TwitterShare to FacebookShare to Pinterest
Filed under: canning