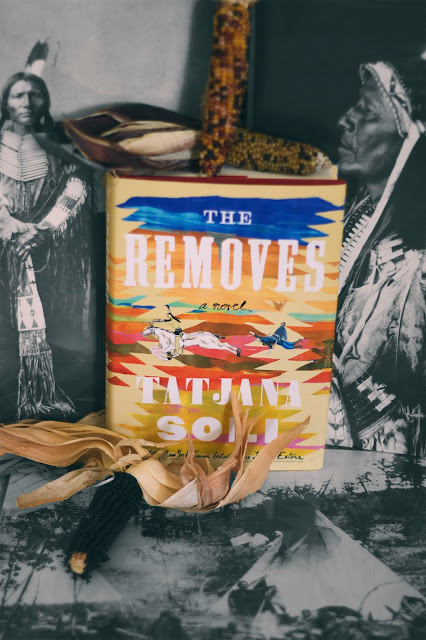 As the first wave of pioneers travel westward to settle the American frontier, two women discover their inner strength when their lives are irrevocably changed by the hardship of the wild west in The Removes, a historical novel from New York Times bestselling and award-winning author Tatjana Soli.

Spanning the years of the first great settlement of the West, The Removes tells the intertwining stories of fifteen-year-old Anne Cummins, frontierswoman Libbie Custer, and Libbie’s husband, the Civil War hero George Armstrong Custer. When Anne survives a surprise attack on her family’s homestead, she is thrust into a difficult life she never anticipated?living among the Cheyenne as both a captive and, eventually, a member of the tribe. Libbie, too, is thrown into a brutal, unexpected life when she marries Custer. They move to the territories with the U.S. Army, where Libbie is challenged daily and her worldview expanded: the pampered daughter of a small-town judge, she transforms into a daring camp follower. But when what Anne and Libbie have come to know?self-reliance, freedom, danger?is suddenly altered through tragedy and loss, they realize how indelibly shaped they are by life on the treacherous, extraordinary American plains.

With taut, suspenseful writing, Tatjana Soli tells the exhilarating stories of Libbie and Anne, who have grown like weeds into women unwilling to be restrained by the strictures governing nineteenth-century society. The Removes is a powerful, transporting novel about the addictive intensity and freedom of the American frontier.


“Manifest Destiny meets our feminist moment as Soli conjures the layered lives of two woman.”–O Magazine
“Thrilling.”–POPSUGAR
“An epic, enthralling look at the American West in the mid-1800s, told through the eyes of General George Armstrong Custer, his wife Libbie, and Anne Cummins, a 15-year-old girl abducted by the Cheyenne in Kansas . . . With visceral, vibrant language, Soli paints a stark portrait of the violence, hardship, and struggles that characterized the American West.”–Kristine Huntley, Booklist (starred review)

Tatjana Soli is the bestselling author of The Lotus Eaters, The Forgetting Tree, and The Last Good Paradise. Her work has been awarded the UK’s James Tait Black Prize and been a finalist for the Los Angeles Times Book Award. Her books have also been twice listed as a New York Times Notable Book. She lives on the Monterey Peninsula of California. 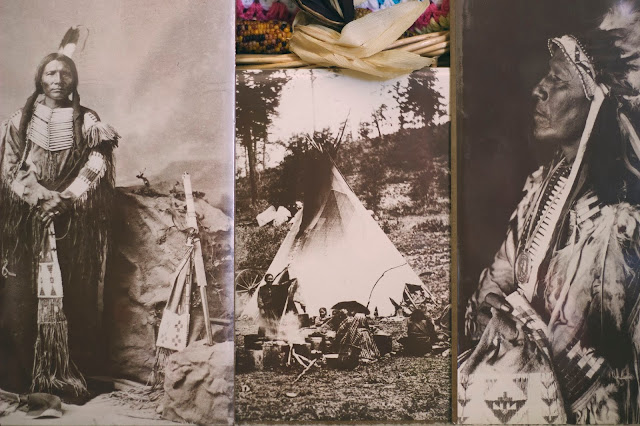 I don't even know where to begin, I guess the best way would be to say WOW!!!

History, in all it's gruesome and ugly glory.

The west, the removal of the Indian Tribes, the Trail of Tears, the horrible events that took place all those years ago.  History fascinates me, but there are certain eras and events that have touched my heart and made me hurt for all those involved.

Tatjana Soli brings to the forefront the Indian Removals, the trials and tribulations of General Custer, his wife Libbie and Anne Cummings, a 15 year old removed forcibly from her family by the Cheyenne Tribe.

The book begins with a gun battle between herself, her father, grandfather and a few men who are barricaded inside her home and surrounded by mounted Cheyenne Indians.

She is forced to watch those around her, be killed, one by one, and in pretty gruesome detail.  Her whole world is turned upside down, and before she can make sense of what just transpired, she is pushed among a group of other prisoner women who have now become captives to the tribe.

What happens from that moment is a visual journey through years of horrible conditions, hunger, beatings, abuse, a pregnancy and the need to survive while hoping against all hope that someone, anyone will come and put an end to her misery.

You can't help but to feel for Anne and I often wondered how she had the strength to keep going.  I wanted to cry with her when she felt so completely defeated and ready to give up on her life.  It's absolutely horrid what these prisoner women were put through.

On the other side we have General Custer, a young, blond, dashing soldier admired by women enamored by his look and respected by the military commands he comes across and works for.

He begins a relationship with Libbie who is completely smitten by him.  Their plans are to marry, but Libbie's father is not  as impressed with the young soldier as Libbie is.  He knows of Autie Custers escapades and constant adventures with other women, but as much as he tries to keep Libbie from marrying him, she is determined to do so, and she does.

Things don't exactly go as she had planned and imagined, and she is now stuck between the pride of being the wife of one of the countries' most beloved and admired soldier, and the wife of a man who often treats her with disregard and is not afraid to rub his conquests in her face.

This book was brilliant, but SO BRILLIANT in so many ways.  I wish I had the words to convey just how much I loved it.

If you're looking for a quick easy read, this is not it, it deals with very deep, harsh subjects and situations and the descriptions of some of the killings done are quite graphic, but then so were all the events that took place during that time, and I for one appreciate a writer who gives it to me straight, no beating around the bush or sugar coating.  If I'm going to be told a story, I would rather it be done as close to the truth as possible, not matter how hard it may be to read.

If you love History and a good read, do yourself a favor and grab a copy of The Removes.  You will NOT be disappointed.