We've had pretty good weather for about 2 weeks and I had almost forgot about the snow.....well I guess as usual, when I think something is too good to be true, it usually is LOL

So this morning, I wake up and it feels sort of cold and I don't think anything of it, but then I open the door to take the kids to school and I'm greeted with this......... 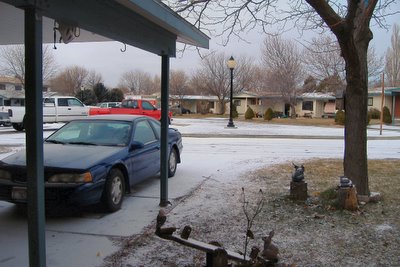 Let's just say that's enough to make me want to crawl back into bed instead of taking kids to school, driving in the slippery snow, running errands etc. SIGH......oh well, guess winter is NOT going away anytime soon. I was so hoping it was, I'm ready for summer and sun and being able to wear shorts.

It's funny because up until a short while ago, whenever someone asked me what my favorite season was, I would always cheerily say "WINTER". WHY? OH WHY? Why would I ever say that? Now that I've lived through months and months of snow, I just can't understand why I would ever think that way. I guess maybe because I'm from Africa and I'm used to the heat AND I had never seen snow up close. Only in movies. Yeah I know, that sounds kinda sad, and it was in a way, but then again if you've never lived in Africa and watched those beautiful sunsets and hid inside the house during one of the GREAT Africa thunderstorms, you just wouldn't know what I'm talking about, would you?


So when I first got here I was sooooooo excited to see snow, I was like a kid. It started snowing and I'm throwing on coats and gloves and scarves and running out to play. Mind you, we won't tell anyone that I was 24 at the time and slightly pregnant (ummm....about 8 weeks along lol). But now it's been almost 8 years and I think I'm getting just a little sick of it. I miss the Africa weather. Look here's a pic of MY home....... 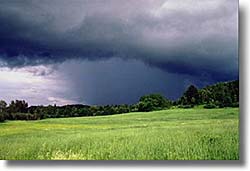 Anyway, I'm off to get groceries....can't wait to chase Nicholas around the store again. (that's a joke obviously). Wish me luck!!!
at 11:27 AM
Email ThisBlogThis!Share to TwitterShare to FacebookShare to Pinterest