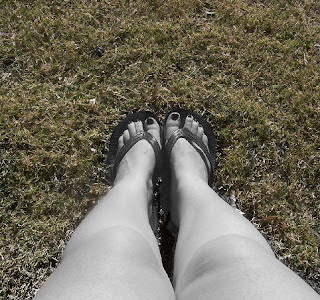 It's been a month or two since I've been able to do this......wear shorts, slip on my flip flops and enjoy the green grass and the hot sun.

The weather has started warming back up, not that we even had a winter like the rest of the country, it got a little cooler but I never had to wear a sweater or a coat. Today it was gorgeous outside, hot, deep blue sky and just amazing.

We had a really good day, it started with my Butter Pecan Rolls for breakfast and if you missed my previous small post about them, you have NO idea what you're missing, run don't walk to get the recipe, they're sinful.

At lunch time Curt had to go out to get some oil and anti-freeze for my car so he decided to stop by the BEST pizza place just outside the base. They're called New York Deli Pizza and OH.MY.GOODNESS.....the pizza is to die for.....but the funniest thing was watching Curt try to walk through the door with the pizza in his hand. He ordered a large and well, the large was enough to feed the whole base *snicker* 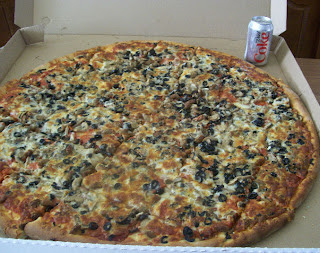 Just take a look at the size, I even put a soda can in there so you can see the difference. Needless to say we have pizza for a couple days and I don't have to cook, which is fine by me, I love pizza and I love taking a break. I bet you though that by tomorrow night everyone will be sick of it and begging mommy to cook.

After lunch I got the oil and anti-freeze in my car and headed to the library. My secret get away, it's almost like going on a date, I get all dressed up which for me as a SAHM means slipping out of the sweat pants and putting on a nice pair of jeans and a top, styling my hair, some make up and even a spritz of perfume. Oh what a rebel I am *snort*

There's something very relaxing about walking in a library, shelf through shelf, book through book. Your head softly tilted to the side so you can read the titles (or am I the only one that does that *looks around unsure*). You see one that looks good, then another, then another, then...well you get the picture. I can't ever just pick one, there have to be a few. So by the time I left this was my check out pile:

Day Trips from Phoenix, Tucson and Flagstaff - Weather is getting hot, so it means we'll be out of the house every weekend.

By the time I got home, I was in the mood to get out of the house, it was just beautiful outside, so we loaded the kids into the wagon, grabbed some water bottles and the camera and off to the park we went. They were THRILLED, it had been a while since they'd been there and they were just eager to get in there and play.

Now the thing is, Curt and Jasmine tend to go off and do their own thing which usually means a game of tag with a ball and running around etc. Nicholas doesn't like that, he is quiet and likes playing on the slides or with the sand or whatever....he just has absolutely NO patience for running. LOL 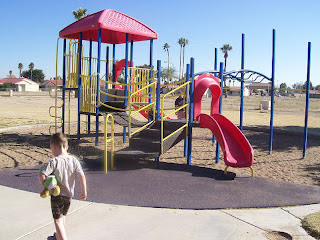 Here he is with his Yoshi in his hand, just minding his own business, off on his own adventure. But soon he got tired of playing alone so he asked me to help him make a Yoshi Story. At first I was confused....what the heck is a Yoshi story and why does he need my help with this? Is this going to make me look like an idiot at the park? What if he asks me to slide down on my back or put my legs up in the air or something....ridiculous the kind of stuff my mind will go to.

But what he really wanted was just for me to be the photographer while his yoshi had fun at the park and I tell you, as reluctant as I was at first, I had no idea how much fun this would be for us both. So next time you go to the park with your kids, encourage them to take along one of their favorite toys or dolls and let them make up the story. I took all the pictures then came home and made a little video using the theme song from the Yoshi Video Game. Nicholas is thrilled and Jasmine is so envious that she is now working on her own Yoshi Adventure. It's the simple things I tell you. 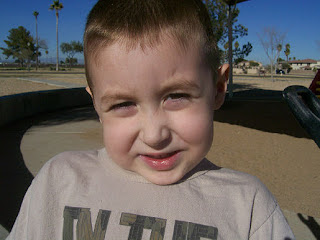 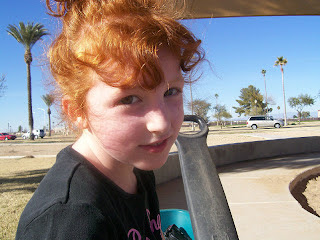 After the park we came back home and Jasmine went to a friend's house to play, but Nicholas and I wanted to stay outside, we didn't want to be stuck in the house watching tv or playing on the computers which seems to be what happens.

Since the cars both needed to be washed, that's exactly what we did, we washed, we scrubbed, we played with water, we got soaked.........then aired the tires of both cars and by the time that was done, it was getting dark, the sun was setting and again we had a beautiful sky to show it. That is the ONE thing I love about Arizona, the sky.

So I leave you with random pictures I took today while outside....starting with the morning sun and ending with the beautiful sunset and the moon. You might want to go grab a cup of tea or coffee and get comfortable, there's quite a few :) Enjoy! 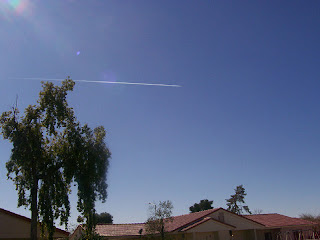 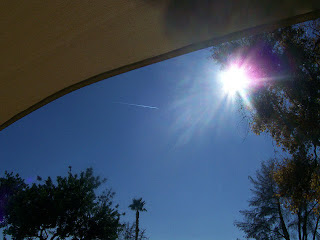 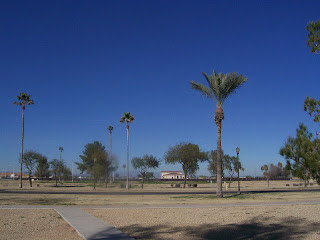 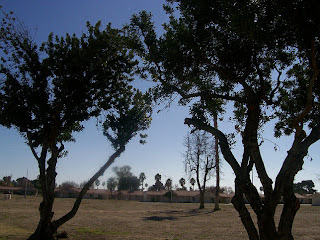 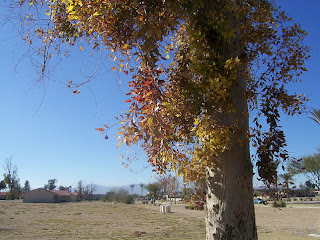 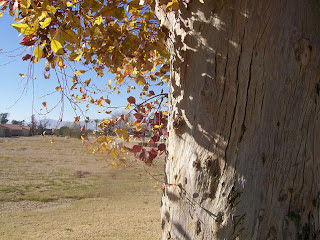 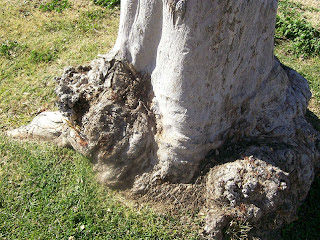 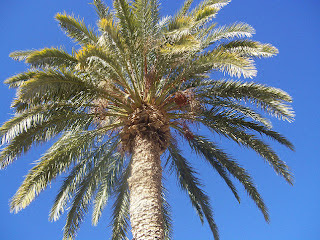 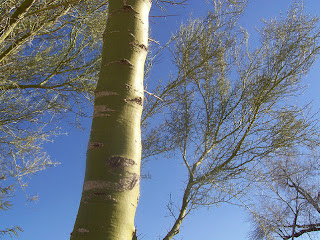 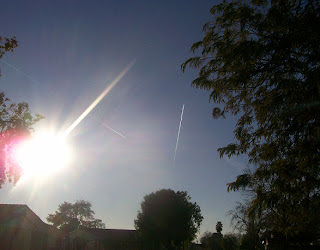 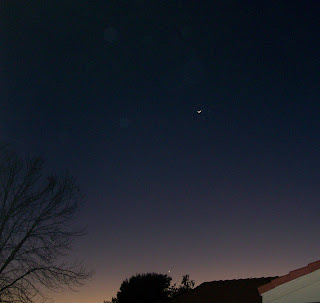 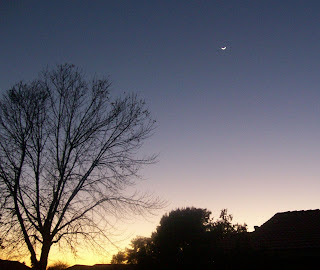 at 8:42 PM
Email ThisBlogThis!Share to TwitterShare to FacebookShare to Pinterest
Filed under: family life, library